3 top VCs who've sunk the most cash into psychedelics say they prioritize data, deep expertise, and a clear market strategy when placing their bets - Read of Green 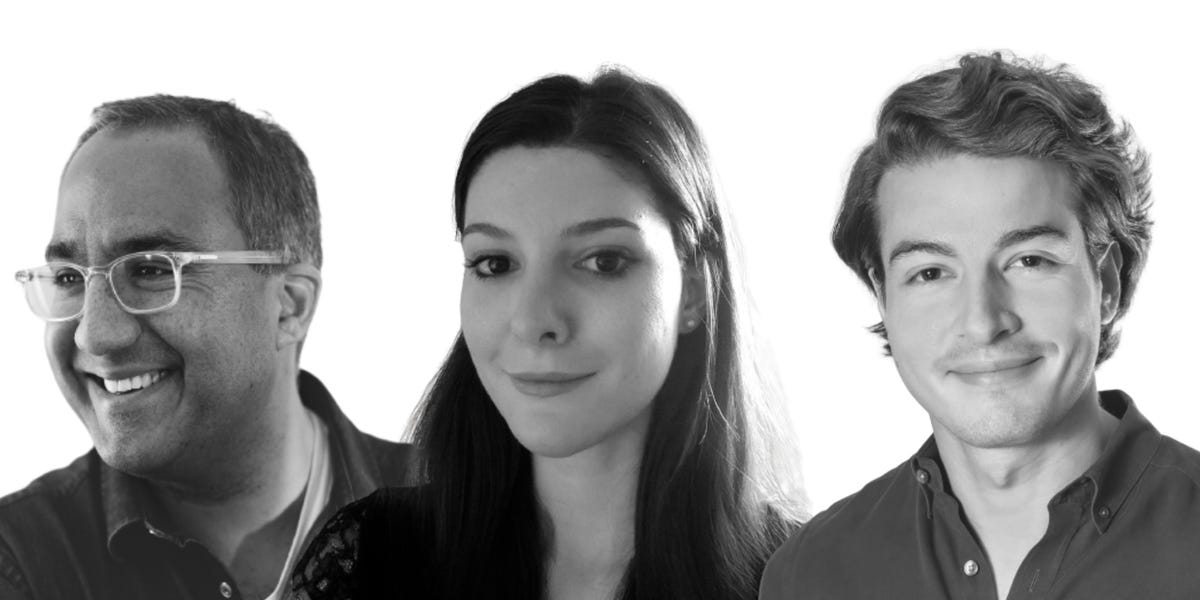 Venture-capital funds have been instrumental in fueling the rise of psychedelics companies over the past few years.

Along the way, those firms have had to sift through hundreds of pitches and company business models.

Insider identified the top 11 investors in the psychedelics industry earlier this year using data from PitchBook, CB Insights, and PsyIndex. We also asked people within the space which firms had been most heavily involved.

The three venture-capital firms that have deployed the most capital into psychedelics startups are Noetic Fund, Palo Santo, and Neo Kuma. Collectively, they have invested $85.3 million since the start of 2020.

We asked them what made a company stand out to them from the crowd and the qualities they looked for in different kinds of investments. That differed whether the company was focused on drug development, clinics, or tech. We also asked about the red flags that made them turn down companies in the space.

What to look for: Sa’ad Shah, a managing partner at Noetic Fund, said he looks at all the standard things — optionality, management, resources available to the company, etc. — but added that he really tried to dig into how well the founders know their business and the industry.

Shah started Noetic Fund when the psychedelics industry was just starting to grow in early 2020. Before that, he worked at RBC Capital Markets and Diversified Global Asset Management Corp., which was acquired by the Carlyle Group in 2014. Shah’s interest in psychedelics and the research around the compounds had been ongoing for years, he told Insider.

After looking at hundreds of company presentations, Shah said he found it surprising how many founders set up a business in an industry that they know very little about.

“They manage to get away with it because they are in the right space at the right time, they’ve got a cool company name, and a few advisors,” he said. “They’re getting money as a result, but when you peel the onion, you realize there’s not much that they know.”

He added: “It’s a bit of a smoke and mirrors game.”

Shah said he also tries to look at the space as a whole by seeing how all the different subsectors and companies play into a larger ecosystem made up of drug developers, clinics, and direct-to-consumer models.

Then, he said, he defines the area he wants to look at and invests in specific companies in the subsector that would fit well into Noetic’s larger portfolio, as well as within the larger psychedelics industry.

Red flags: An easy red flag to spot, according to Shah, is obvious lack of knowledge of the space. Those guys are easy to rule out, he said.

But beyond that, Shah said, he and his partners get turned off by hubris in instances where the founders are so overly confident in their knowledge of the space that they don’t believe anything can go wrong.

“There’s always known unknowns, and when it comes to teams and management styles and entrepreneurs,” he said, “they need to be self-aware enough to realize that they haven’t covered all the bases, but they’ve at least thought about it.”

Founded: 2020
Located: New York and Chicago
Number of pitches seen: 138, according to Tim Schlidt, though the firm is tracking 400 on its internal database
Deal count: 25
AUM: $35 million
Total deployed into psychedelics companies: $16 million

Things to look for: Tim Schlidt, a cofounder and partner at Palo Santo, said that for biotech companies developing psychedelic treatments, there are three main things he looks for:

In terms of data, Schlidt said that at minimum, he’s looking for some animal studies, as well as pharmacokinetic and pharmacodynamic data, which means the company has already looked at what your body does to the drug, as well as what the drug does to the body in lab tests.

Since a lot of startups in the industry are still in the preclinical phase, this information would show indications for therapeutic effects, toxicity, and duration, among other things, which are important to know before the compounds are used in human trials.

Intellectual property is often an important part of a company’s commercial approach and strategy, he added, as is a pricing plan for the drug if and when it is approved.

Red flags: A startup with no biotech experience among its management or internally created data around the drugs it’s hoping to develop are big red flags, Schlidt said.

Other red flags include companies that immediately tell him of their plans to list in Canada. In such cases, and especially if management has liquid stock that they can liquidate very quickly, Schlidt said he becomes wary of their incentive to make the company perform well and take a drug through the regulatory process.

“I just shut down immediately. I don’t think it aligns with incentives,” he said, adding that he thought a company should be able to stand on its own two feet through a few private rounds before seeking an exit.

Schlidt added that he had seen some startups post unreasonable valuations compared with what they’d accomplished. That, he said, shows a lack of sophistication, especially if a preclinical-stage company is comparing itself to giants like Compass Pathways or GH Research, which are both in midstage trials for their respective treatments.

Neo Kuma cofounder and partner Clara Burtenshaw says it boils down to team, expertise, and a clear and winning market strategy

Things to look for: Clara Burtenshaw, a cofounder and partner at Neo Kuma, said she looks for different characteristics in different kinds of companies:

“There are a lot of teams that don’t necessarily understand how important that is or are not working with the right teams to ensure that they have that in place,” she said.

She added that she feels some red flags were personality-based. She asks herself whether a particular founder has the right attitude and personality to work with policymakers and other stakeholders, like business partners, clients, and investors, in a diplomatic way, Burtenshaw said.

“If I don’t think that this person can work with stakeholders, then that’s a red flag for us and an obvious one that gets overlooked,” she added. “People get very wrapped up in the excitement of a new product or an interesting strategy, but you’ve got to be working with a team that can execute and deliver it.”