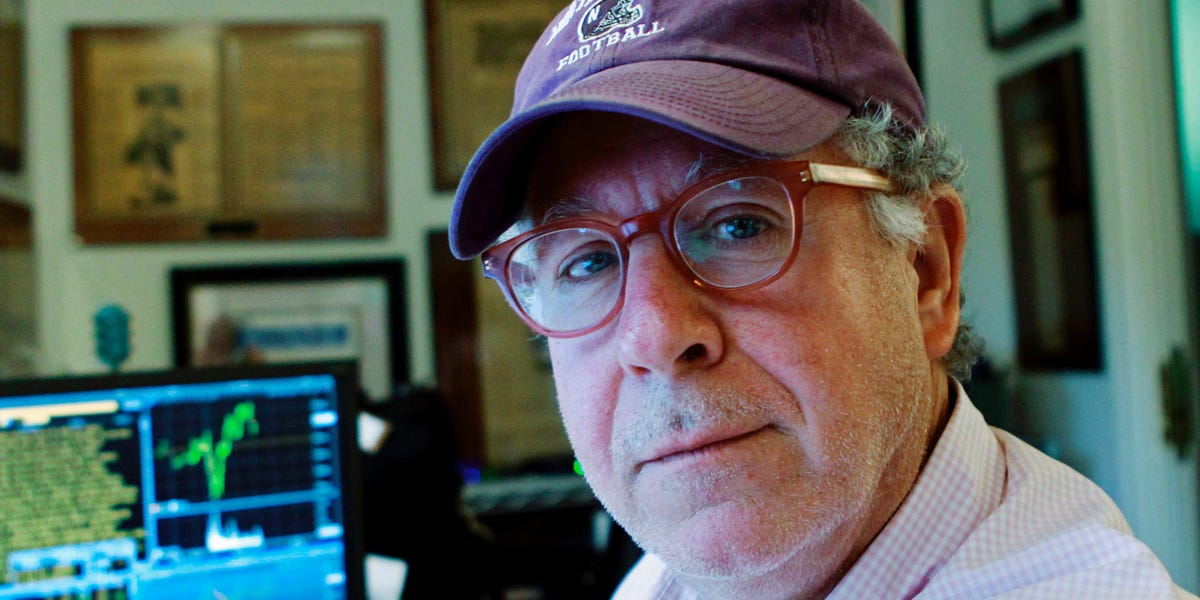 A fund manager with over 45 years of experience says cannabis is the investment opportunity of the decade.

Doug Kass, the president of Seabreeze Partners, said on Bloomberg Radio on Monday that cannabis stocks are at a “generational low.” He likened the opportunity to investing in the stock market when the S&P 500 index hit 666 in March of 2009 amid the financial crisis.

“The cannabis space may represent the single best reward versus risk on the long side of any sector I have encountered in the last decade,” Kass said. “I am accumulating stocks aggressively.”

Kass has had a long career on Wall Street, but he’s perhaps most famous for shorting Berkshire Hathaway stock among other bets.

Kass recommends investing in ETFs as opposed to picking individual companies — he says MSOs and MJ are his two top picks.

Cannabis could become a $100 billion industry in the US alone

Analysts from the investment bank Cowen say cannabis could become a $100 billion industry in the US alone by 2030 if federally legalized, up from about $60 billion today.

Cannabis is legal in Canada but considered a Schedule I controlled substance by the US federal government. However, 18 states have legalized cannabis for recreational use, and a further 37 have legalized medical use. Over 90% of Americans say some form of cannabis should be legal, according to a recent Pew poll.

Cannabis reform is a hot topic on Capitol Hill. Senate Majority Leader Chuck Schumer, along with Sen. Cory Booker and Sen. Ron Wyden, unveiled a legalization bill in the Senate in July.

Kass said in his view, cannabis stocks are growth stocks “being priced as deep value stocks” and that most investors are “missing the forest through the trees” because many US cannabis companies are not able to list on major exchanges like the Nasdaq. Instead they trade over-the-counter or on the Canadian Securities Exchange.

Kass says he expects issues plaguing the sector, including the lack of access to the banking system, custodial issues, and the inability for institutions to buy these stocks, to be resolved in the near term by Congress — either through the SAFE Banking Act, or similar legislation.

“I have never seen the size of a potential addressable market as large — for both recreational cannabis use and healing/health applications — relative to the very small-sized market caps of participants in the industry,” Kass said.

He predicts cannabis stocks may skyrocket by three to five times in the next several years.

Wall Street analysts are (mostly) bullish on US cannabis, less on Canadian

Many Wall Street analysts agree. They say the pullback in US cannabis stocks, like Curaleaf and Green Thumb Industries,  is a prime buying opportunity, because these companies are profitable and have increased sales.

“[W]e view the valuation reset and the consolidation of gains as healthy, but at the same time, creating an attractive longer-term entry point,” analysts from the investment bank JMP Securities said in a July note.

Jefferies analyst Owen Bennett called investing in cannabis a “generational wealth opportunity,” in a July note, adding that he’s more bullish on US cannabis companies than those in Canada.

And others have said that the decline in share prices may lead to a boom in M&A, as companies with attractive assets in legal states get scooped up on the cheap.

However, not all analysts agree. Analysts from Oppenheimer, which focuses on Canadian companies like Canopy Growth, Tilray, and others, said that investors should “remain on the sidelines” of the industry given the ongoing regulatory hurdles in Canada and the US.