A cannabis-beverage company paid over $1 million to a group of firms to promote its stock. But the strategy isn't as sound as it may seem. - Read of Green 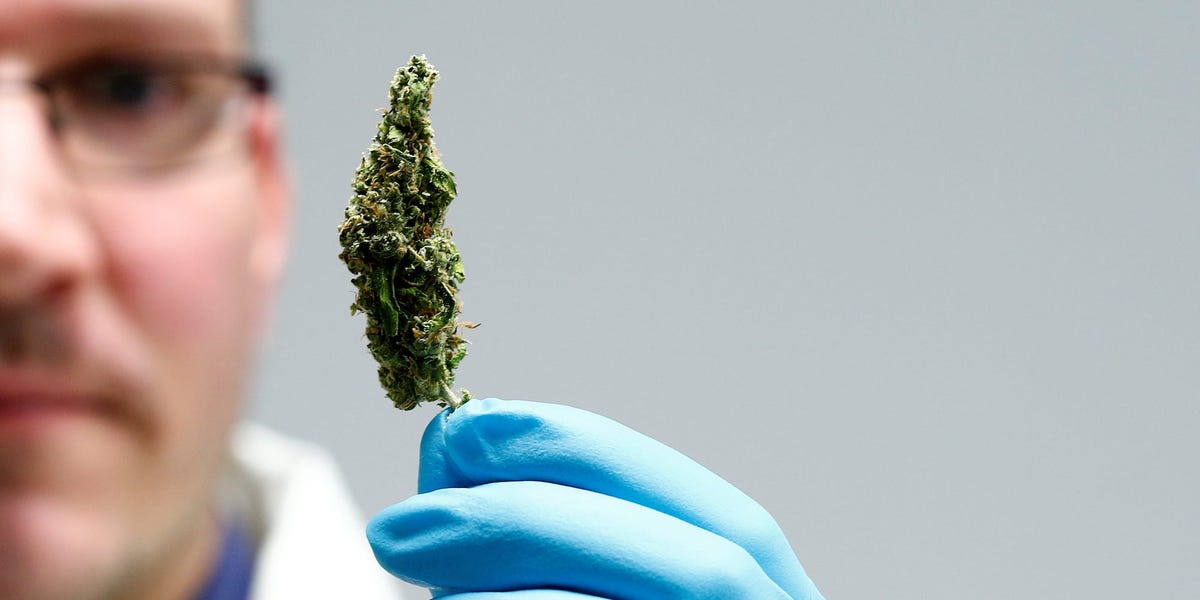 In an emerging, fast-growing industry like cannabis, paid stock promotion is a popular strategy to help companies give their share prices a boost.

But some companies spend a disproportionate amount of money on stock promotion, and it’s been a boon to a handful of the firms and people who write articles or place ads online to help lift a company’s stock.

Cannabis is expected to be a $100 billion industry in the US by the end of the decade if it’s federally legalized, according to Cowen analyst Vivien Azer.

BevCanna, like many other cannabis companies, wants a piece of this lucrative market. The Vancouver maker of cannabis-infused beverages is using paid promotions as part of a broader push to sell beverages containing CBD in the US, among other ventures.

It spent over $1 million — paying hundreds of thousands of dollars to individual firms, in some cases – in the first half of 2021, according to financial statements and securities filings reviewed by Insider.

To be clear, paying firms to promote a stock isn’t illegal, and it’s common in emerging industries like cannabis and cryptocurrency, where many companies are built on hype and propped up by relatively unsophisticated retail investors.

The use of paid stock promoters was common in the Canadian cannabis market after the country legalized cannabis in 2018, Michael Miller, an independent financial consultant to cannabis companies, told Insider. He said that as more US states legalize cannabis, and more cannabis companies make public debuts, he expects to see that trend continue.

“There are definitely times when the use of paid promoters can help a company tell its story in a crowded marketplace; however, the impact of that spend should be measured and considered in the context of other business priorities,” he said.

Those priorities could be anything that helps grow sales, like selling more products, research and development, or more traditional marketing.

BevCanna CEO Marcello Leone said in a statement to Insider that since marketing for cannabis companies was restricted in Canada, it was useful for the company to use these firms.

“We believe that as a young and growing company, advocating through media channels to gain visibility amongst the investment community is critical,” he said.

Paid promotions appeared to work — but then BevCanna’s stock plummeted

BevCanna paid a slew of firms over 1.3 million Canadian dollars (about $1.1 million) to promote its stock online to investors over the first six months of this year, according to securities filings and financial statements reviewed by Insider. The bulk of those payments, about CA$1.2 million, came in the three months ending June 30, according to an unaudited August 30 filing.

BevCanna’s paid stock promotions appeared to have worked — for a short time: BevCanna’s over-the-counter listed shares hit a high of $1.18 on February 16, around the time the broader cannabis industry hit a peak, before falling rapidly. On Monday, BevCanna’s stock was trading around $0.18 a share, an 85% drop.

To be clear, BevCanna is far from the only cannabis stock that has fallen. The cannabis industry has suffered from a protracted

since February as progress toward federal legalization in the US has slowed, industry analysts have said.

Investors were excited by the prospect of legalization, but there are numerous hurdles to overcome for companies and their investors stemming from federal illegality that aren’t likely to be fixed in the near future, Cantor Fitzgerald analyst Pablo Zuanic said in an October 12 note.

An exchange traded fund that tracks a basket of cannabis stocks, the ETFMG Alternative Harvest ETF (MJ), hit a peak on February 10 and has dropped nearly 60% since.

Over the first six months of 2021, BevCanna brought in just over CA$1.1 million in revenue, which indicated BevCanna spent about 120% of its revenue on promoting its stock. Meanwhile, the company lost over CA$7.4 million over the same time period, according to an interim financial statement filed in August.

“Looking at expenditures as a percentage of revenue is a less relevant metric as we are an early-stage growth company,” Leone told Insider in a follow-up email. He said the investment helped BevCanna raise money to fund growth.

Companies listed on the Canadian Securities Exchange, where many cannabis companies trade, must disclose how much they pay to promote their stocks.

A February 24 Form 10 filing, in which companies must disclose these types of transactions, showed a breakdown of what BevCanna paid for and to whom, though it didn’t capture the full extent of the payments:

Companies like Winning Media and Emerging Markets Consulting can either get paid in shares or in cash. For the most part, BevCanna paid the promoters in cash, the filing showed. For comparison, in the first six months of 2020, BevCanna paid only CA$41,000 for investor relations.

Winning Media and Emerging Markets Consulting did not respond to emailed requests for comment.

These paid stock promotions can appear as if they are reported stories on financial-media websites, but they will usually contain disclaimers in the fine print saying that the content was paid for and that the article was not unbiased.

While BevCanna continues to pay firms to promote its stock, the company has cut down on spending in recent months. An October 25 Form 10 filing showed that BevCanna paid a total of CA$200,000 in a mix of cash and shares to MZHCI LLC for a 12-month period to promote the company and provide online corporate communications and investor-relations services.

“As our business matures and we move into the operational stage, we can rely less on corporate marketing and more on the success of our brands in the marketplace to build awareness,” Leone said.

BevCanna is not the only cannabis company that uses this strategy

BevCanna is far from alone — shortly after cannabis was legalized in Canada, some companies paid stock promoters millions of dollars to stand out to investors interested in the green rush.

Barron’s reported on Winning Media’s work for the embattled cannabis retailer MedMen in 2019.

Wayland Group, a Canadian cannabis company formerly known as Maricann, paid over CA$2.4 million to promote its stock between 2017 and 2019, according to an analysis from Miller.

The company was delisted from the CSE in October last year after Ben Ward, the former CEO, was accused of fraud by the Ontario Securities Commission and the company was unable to raise enough money to continue operating.