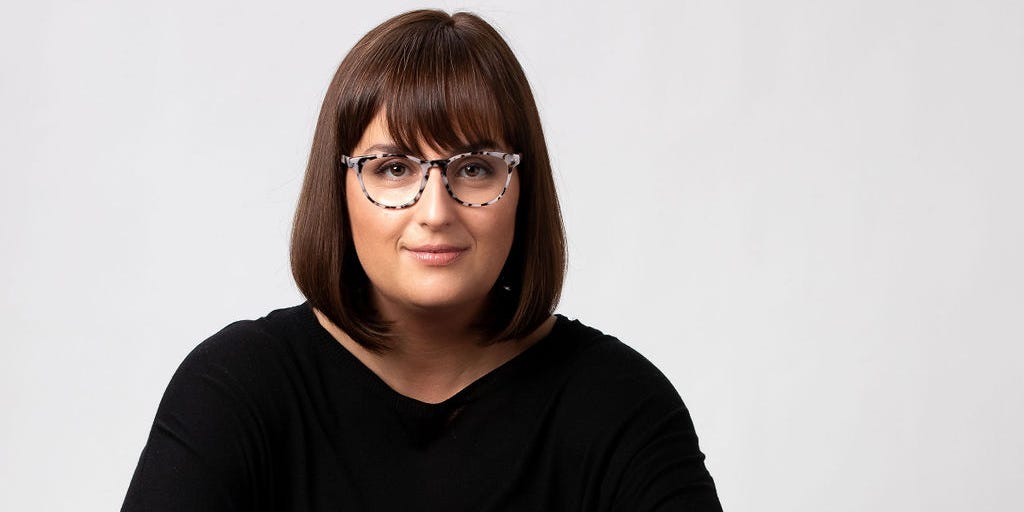 The lawyer Adriana Kertzer met her business partner Hadas Alterman last year at a cannabis event in New York, where they bonded over a shared frustration with an all-male panel talking about drug laws they weren’t experts on.

Kertzer, who began her career as a corporate associate at Simpson Thacher & Bartlett, has also worked as a banker, designer, and cannabis-law expert. She introduced herself to Alterman using her Instagram handle, @JewWhoTokes, a profile she uses to interview Jewish users of cannabis and psychedelic drugs.

Within months of meeting, Kertzer and Alterman cofounded a law firm, Plant Medicine Law Group, a boutique representing companies in the cannabis and psychedelics industries.

Kertzer said she loves working in a legal area that’s not fully established yet.

“The through lines that connect every aspect of work that I’ve done is adding order to chaos and a real predisposition and a nose for trends,” she said. “The third thing is a comfort working with things that are so new that there’s no yet-established framework, best practices, hierarchy.”

State laws regulating cannabis and psychedelics are changing rapidly. The 2020 elections ushered in not just a Democratic president but also widespread drug reform. Several states legalized recreational or medical marijuana. In Oregon, voters decriminalized a variety of drugs and legalized therapeutic psilocybin, the psychoactive compound in some mushrooms.

But federal law still harshly restricts drugs including marijuana. Kertzer said her firm is very strict about which clients it works with. It faces the same barriers that other cannabis service providers do, such as having to work with small community banks because big banks avoid the industry.

Since launching a year ago, Plant Medicine Law Group has developed a clientele and often fields inquiries from potential new clients. Kertzer walked Insider through a normal day in her practice.

Kertzer starts the day by letting her Havanese dogs, Scotch and Cachaça, out the front door of the new home she shares with her husband, Barry, in New York’s Catskill Mountains. The pair left Manhattan in March 2020 and haven’t looked back, living first in a renovated cottage before moving to a double-wide trailer that was revamped by the interior designer Kasia Bloom.

Fridays are special. Barry starts by baking blueberry muffins for breakfast and working on challah, a braided bread loaf, to have at dinner. Over breakfast, they’ll watch clips from the latest episode of “The Late Show with Stephen Colbert.”

Before getting to work, Kertzer likes to walk her dogs along the Quarry Trail near the Ashokan Reservoir, which supplies New York City with drinking water. While walking, she might listen to a podcast like “The New Health Club,” a psychedelics-oriented mental health and wellness show, or a Jewish culture program like “Unorthodox” or “Judaism Unbound.”

Kertzer is a diligent worker. She starts off by responding to emails from potential new clients before doing something like digging into the details of a lease agreement for a New York hemp-cultivation client that plans to apply for a cannabis license. Contracts for companies in the cannabis industry can’t just rely on the same boilerplate that lawyers are used to seeing, Kertzer said.

“In a noncannabis contract, you can have a defined term of ‘applicable laws,’ and in the definitions section … you say ‘federal statutes,’ and then you’re going to say ‘the laws of Alabama and the town of Montgomery’ or whatever,” she said. “In cannabis, you’re going to say ‘with the exception of the Controlled Substances Act.’ You’re creating this ginormous carve-out for this ginormous body of law that still deems cannabis illegal.”

On a recent Friday, she juggled work with preparing for dinner. The slow-roasted chicken she made cooks for six hours and requires basting every 20 minutes.

Before lunch: Calls with potential clients

Before breaking for lunch, Kertzer is often already in touch with Alterman. They have several calls with potential clients, such as a New York CBD retailer that wants to apply for a cannabis license, a California cannabis-delivery businessman who needs help with trademark, licensing, and operating agreements, and some clients who she had to turn away.

One was a Canadian company that was illegally selling psilocybin to American clients. Kertzer said she had to tell the company that there’s no realistic possibility of a recreational market for the drug in the near future. Another prospective client wanted to create a listing platform for ketamine-assisted psychotherapy providers, but Kertzer said she was concerned that the would-be client wouldn’t be well received by the community.

“It is important to us at PMLG that potential clients see the psychedelic space as a community and do not base their business on practices we know practitioners bristle at,” she said in an email.

At one recent lunch – reheated vegetable lasagna – Kertzer said she had a call with her firm’s intern, Alex, a college student based in Los Angeles, about making your own opportunities, why phone calls are important, and how Kertzer can help line her up with a job after college.

Early afternoon: Back to work, prep for Shabbat

In the second half of the day, Kertzer is in outreach mode. On one recent day, she exchanged texts with the director of Doctors for Cannabis Regulation, where she’s on the board, about their search for new board members and WhatsApped with Madison Margolin, who writes about psychedelics and Judaism, about the panels they’re putting together for a conference, Religion and Psychedelics.

She said she also spends some time on the phone with Allison Hoots, a lawyer at her firm, about a launch event for a guide to best practices for churches that make ritual use of psychoactive compounds like ayahuasca. Some of these churches have sued the government over what they say are unconstitutional restrictions on their right to use such substances.

Between emails, Kertzer said, she chops vegetables for dinner. The smell of roasting potatoes and lemons gets the dogs restless, so Barry takes them for a walk.

Kertzer grew up in Brazil, and she still sips “little coffees” in the afternoon. On one recent day, she took her coffee with a side of pasteis de nata, or Portuguese egg tarts, baked by her husband, before spending some time on LinkedIn writing a post about a psychedelics-law-focused continuing legal-education package and plugging a recent interview Alterman did with “The Microdose,” a digital newsletter.

With work over, Kertzer spends time with family. On one recent Friday night, she called her sisters Alessandra and Victoria and lit Shabbat candles. Sometimes she’ll even work cannabis into her dinners, which she says makes it taste even better.

Later in the night, after dinner, dessert, and a few puffs, she might get the munchies for something like latkes with salmon caviar, fancy salt, and sour cream. She said her favorite strain is one she and her husband started growing and shared seedlings with friends when they left New York City. One friend had amazing success growing it and cured some to share with Adriana. She calls it “pickle kush” because it took the smell of dill pickles from a jar they cured it in.

“The seeds are originally from Jamaica, and it’s a very clear, very clean sativa high,” she said. “It doesn’t knock you out, just makes you smile.”