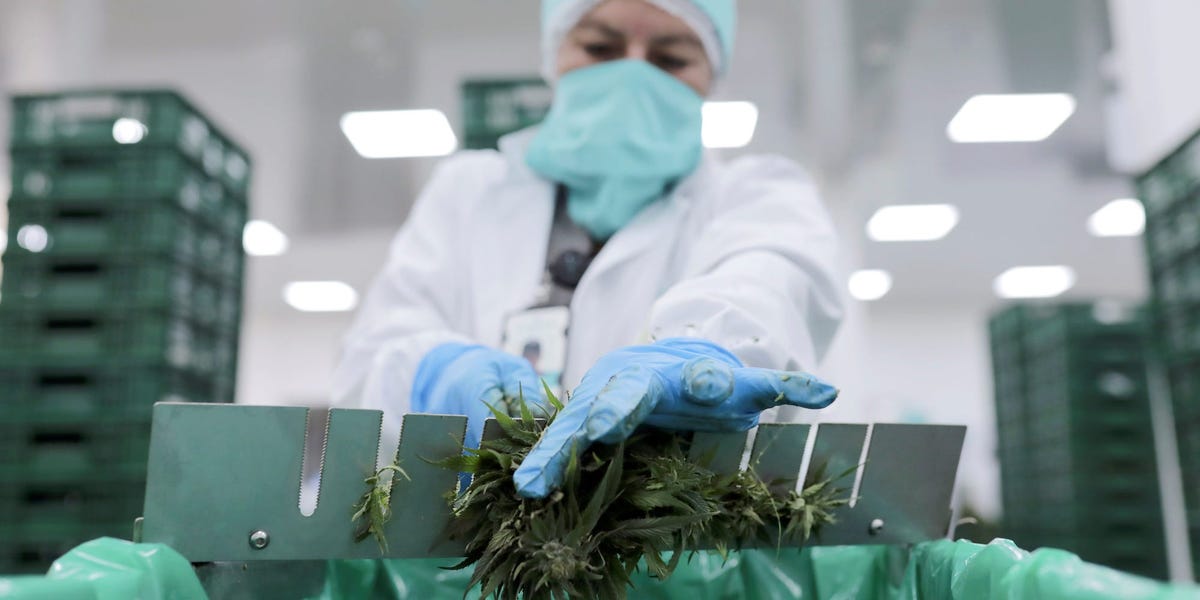 It’s time to buy US cannabis stocks despite the

Cantor Fitzgerald’s Pablo Zuanic said the fundamentals for publicly traded US cannabis companies — known as multistate operators, or MSOs — have never been better, though their share prices have largely declined since February’s highs. Many of these US cannabis companies have posted attractive sales numbers in recent months and expanded aggressively as more states have legalized cannabis.

And, crucially, Democrats are pushing hard for cannabis reform.

Zuanic expects that if they get their way, US cannabis companies will soon be able to move their listings to marquee exchanges with deeper-pocketed investors. Zuanic also expects that because the fundamentals are good for many MSOs, institutional investors will gobble up these stocks as soon as they’re able, pushing prices up across the sector.

Companies that sell or cultivate cannabis in the US directly are barred from major exchanges like the Nasdaq or New York Stock Exchange since marijuana is federally illegal. And institutional investors for the most part won’t touch companies that sell a federally controlled substance.

Zuanic said that investors should be selective about US cannabis stocks. He said his top three picks were, in no particular order, Curaleaf, Green Thumb Industries, and Trulieve.

MSOS, an exchange-traded fund that tracks a basket of US cannabis stocks, hit a high of over $55 a share on February 10. Shares were trading at about $29 midday on Thursday.

“A read of the price charts over the last 12 months clearly shows expectations about federal-level reform drive sentiment — not fundamentals,” Zuanic wrote.

Democrats are pushing hard on multiple fronts for cannabis reform

Congressional Democrats have advocated cannabis reform, though progress is slower than most investors had hoped following Joe Biden’s election.

Sens. Elizabeth Warren and Cory Booker wrote a letter on October 6 to Attorney General Merrick Garland calling on the Department of Justice to decriminalize cannabis. Zuanic said it was “indicative of the pressure” that Democrats are under to move on cannabis reform. The senators asked for a response by October 20 but have not said whether that deadline was met.

House Democrats have pushed to include language protecting banks that choose to work with cannabis companies in the National Defense Authorization Act, a bill that usually passes each year without much fanfare. And they’ve introduced the MORE Act, a standalone decriminalization bill. It’s unclear how either bill would fare in the Senate.

And not everyone’s aligned on the path forward. Some progressive-leaning Democrats, like Booker, want to pass broader decriminalization ahead of banking reform.

US cannabis companies are barred from marquee exchanges

Zuanic said he expects institutional investors to buy into US cannabis stocks once these companies are able to move their listings from the Canadian Securities Exchange, a secondary exchange in Canada, and over-the-counter exchanges in the US to premier exchanges like the Nasdaq, the New York Stock Exchange, or the Toronto Stock Exchange.

On bigger exchanges, US cannabis companies would be able to attract deeper-pocketed institutional investors who have so far remained on the sidelines.

Outside of federal legalization, the exchange regulators would need assurances from the federal government that they could list companies that sell cannabis, Zuanic said. There are a few paths toward uplisting, though he said the most likely is the Department of Justice outright rescheduling cannabis as a response to Warren and Booker; he assigned a 60% probability of that happening sometime in the future, though when exactly is unclear.

Still, in preparation for shifting regulations, companies like Green Thumb and Trulieve have registered with the Securities and Exchange Commission to list on marquee exchanges.

Zuanic said he expects this uplisting to push institutional investors into the sector and drive a rebound in share prices. He estimated that 95% of the publicly available shares of US cannabis companies are owned by retail investors — who have lost nearly half their money since the peak on February 10.

“We doubt they will drive the recovery (what new money are they going to put to work?),” Zuanic wrote. “In that context, we argue that ‘uplisting’, for MSO valuations, is by far the main catalyst,” he added.

Canadian cannabis companies, like Tilray and Canopy Growth, are able to list on the Nasdaq and attract those institutional investors, Zuanic wrote.

“We consider this a good entry point,” Zuanic wrote, “and would expect the entire US group to trade up, if our thesis is proven correct.”