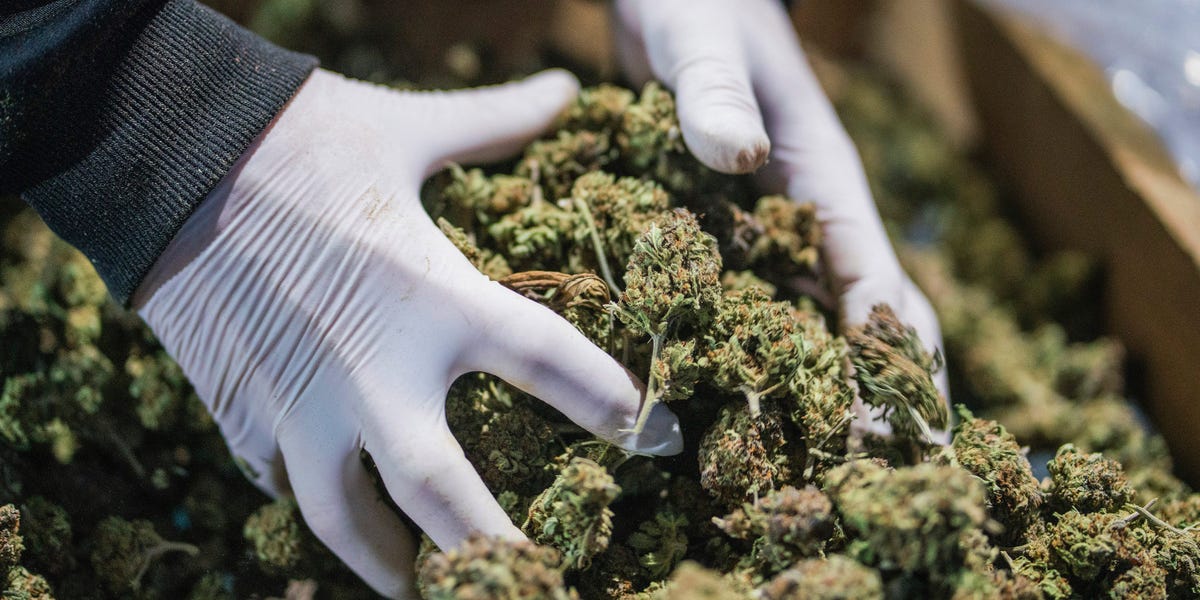 Cannabis stocks have been slumping after hitting a peak in February. That may mean big opportunities for investors to get in at low prices.

The largest US cannabis multi-state operators (MSOs), or companies that grow and sell cannabis in several states, have seen their stock prices fall 14% between May and July, according to cannabis advisory firm Viridian Capital Advisors.

This slump is likely due to the emergence of other opportunities outside of cannabis, disappointment over Senate Majority Leader Chuck Schumer’s federal legalization bill, and overly optimistic expectations about 2020 deals and recent state legalization efforts, Viridian analyst Jonathan DeCourcey said in a Friday note.

DeCourcey said the long term prospects for investors in the space are still good, and stocks will likely rebound as companies’ growth efforts pay off.

“We believe the pull back for the market misses the transformative growth opportunity in US cannabis along with enhanced execution for many well run operators,” DeCourcey said.

Here are the nine companies that Viridian says “offer significant catalysts for growth”:

DeCourcey says that 4Front Ventures’ buildout of a production facility in California and dispensary in Massachusetts are expected to contribute to the company’s Q3 results.

He’s also watching the company’s cultivation project in Illinois, which is expected to give it leading production scale in the state.

Ayr Wellness has expanded aggressively, having announced six deals over the past 9 months to grow its US footprint. The company remains Viridian’s top stock pick.

DeCourcey says that it expects the company to “quickly take share in each new market.”

“By 2022, we believe AYR will have revenues at a level in line with all but the largest companies in the space along with industry leading profits,” DeCourcey said.

Cansortium is poised for major growth in the near term after several years of what DeCourcey says were “largely self-imposed headwinds.” The company is heavily active in Florida but has also been investing in Michigan, Pennsylvania and Texas.

“In Florida, Cansortium has quietly been one of the better operators and we believe on-going expansion initiatives will allow the company to take additional share in the state,” said DeCourcey, adding that the company may also be an attractive acquisition opportunity for investors looking to enter markets like Florida or Texas.

DeCourcey said that STEM has “a differentiated growth opportunity in front of it,” having acquired a cannabis delivery company last year.

DeCourcey said he expects STEM to grow its plant-touching operations in states like Illinois and Michigan in the near term.

DeCourcey said he expects the company to more than double its currently open nine dispensaries in Michigan by year’s end and have at least 30 locations by the end of 2022.

“By year-end, we expect GAGE to have the largest presence in Michigan both in terms of cultivation capacity and retail stores,” DeCourcey said.

DeCourcey says Goodness Growth is “poised to transition from sleepy-overlooked operator to top tier MSO as the company benefits from favorable legislation and an early entry into multiple key growth markets.”

The company is working on expansion initiatives, through cultivation buildout and new retail locations, in each of its five core markets.

Lowell Farms is well positioned to “eventually be the largest flower producer” in California, according to DeCourcey, who added that he expects this growth to stem from the development of existing assets and acquisitions of smaller operators.

He added that Lowell’s recent licensing partnership with cannabis giant Ascend Wellness in Illinois and Massachusetts will lead to meaningful sales and similar opportunities in the future.

“California expansion is just the beginning,” he said, adding that the company has $140 million in cash following several capital raises, limited capex needs, and no debt — all factors that position Planet 13 to acquire big assets to further growth.