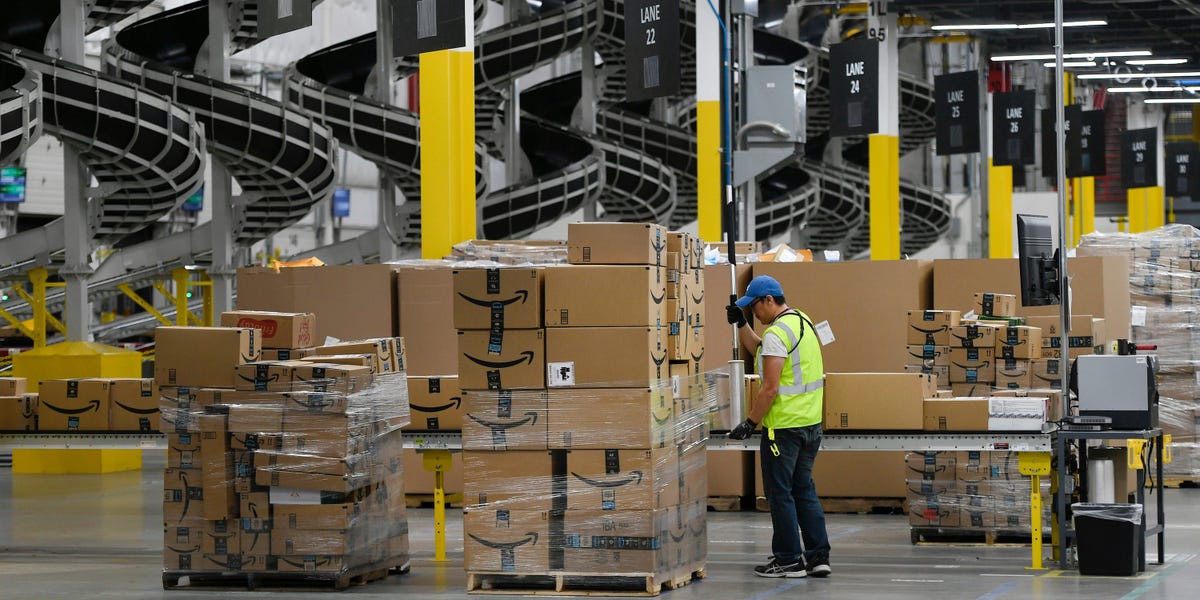 “Given our previous support for legalizing cannabis at the federal level, as well as expunging certain criminal records and investing in impacted businesses and communities, Amazon recently announced our support for, and began actively lobbying on, the Marijuana Opportunity Reinvestment and Expungement Act of 2021 (MORE Act),” the company said. “We are also pleased to endorse the recently introduced Cannabis Administration and Opportunity Act.”

Both bills aim to remove cannabis from the federal list of “Schedule 1” drugs, which includes LSD and heroin, and to enable some level of national legalization.

At the same time, Amazon consumer CEO Dave Clark said the company would no longer screen potential employees for cannabis use as a condition of hiring.

“In the past, like many employers, we’ve disqualified people from working at Amazon if they tested positive for marijuana use,” Clark said. “However, given where state laws are moving across the US, we’ve changed course.”

Amazon warehouse employees, which make up the majority of Amazon’s vast workforce, have a notoriously high turnover rate at the company: Around 150%, according to a New York Times report earlier this year. Hiring new employees to replace outgoing ones is a big enough problem that some Amazon executives worry the company will run out of hirable Americans.

Notably, Amazon said on Tuesday that part of the reason it’s pushing for legalization is to make hiring a bit easier.

Amazon has already spent at least $5 million lobbying on cannabis legalization and other issues from April to June of this year, according to records reviewed by Insider, alongside over 160 other groups that lobbied the government in favor of legal cannabis in the second quarter of 2021.