Arizona Exceeds $1 Billion In Legal Marijuana Sales For 2022, With Three Months Of Data Yet To Come In - Read of Green 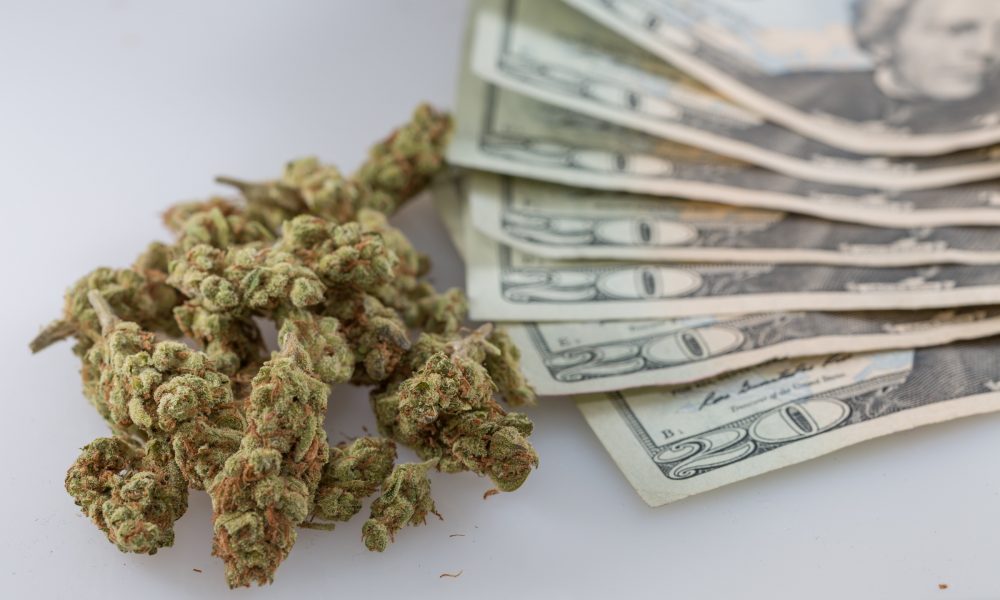 Cannabis sales are dropping month over month, but there are signs the market is leveling out.

Cannabis sales continued to decline in September, but dispensary owners say it is not an unexpected phenomenon and the market will continue to mature as it withstands a worldwide recession on the heels of a global pandemic.

The medical marijuana market continued its precipitous decline, dropping to slightly less than $31 million in sales for the month of September, a 12 percent dip from the $35.2 cardholders purchased in August.

The decline of that sector began in earnest this past spring, and the September sales totals are less than half of the high water mark of $73 million in March 2021, the largest monthly total since recreational sales began in January 2021.

Adult-use recreational sales fell nearly $2 million from August to September to $75.3 million, though the recreational market has been much more stable, hovering around that level since May.

September 2021 was the last time medical sales were larger than recreational. That month, the Arizona Department of Revenue reported $63.4 million in medical sales compared to $58.5 million on the recreational side—but every month’s reporting since then has shown the programs going opposite directions.

The explosion of the marijuana market in 2021 is considered an anomaly due to the effects of COVID-19 and partially attributed to the initial excitement consumers felt by the passage in 2020 of Proposition 207 legalizing recreational marijuana.

“Last year was inflated due to the ‘unicorn year’: We had a really exciting, skyrocketing year that’s coming down to Earth a little bit. I think we’re going to see more steady, traditional growth over the next several years,” Hermansky added.

The rollout of recreational sales began nearly a year after the beginning of the COVID-19 pandemic shutdown. On March 23, 2020, the industry received an unexpected boost, when Gov. Doug Ducey issued an executive order outlining “essential services,” which included medical marijuana retailers.

Throughout 2021, cannabis markets experienced an explosion of growth that was not expected until the markets matured after several years.

In the wake of the global pandemic spike in sales, revenues have become flat in the last half of 2022 due in part to inflation.

“For at least the past quarter, people have been feeling it in their pocketbooks,” Hermansky said. “In Arizona, it’s like 13 percent, the highest inflation in the country. You’re paying more for gas; you’re paying more for rent; you just have less disposable income to spend on medicine or cannabis, depending on where you are in that spectrum.”

He added that rights afforded to Arizonans to grow their own cannabis under Prop. 207 may have some effect, as well, since it is “taking potential customers out of the market.”

The forces affecting cannabis sales are not unique to Arizona, as big multi-state operators both nationally and internationally have been seeing declines, particularly in the past fiscal year.

In the U.S., both Curaleaf Holdings Inc and Trulieve have experienced losses throughout the year. Curaleaf reported that sales were down about 6 percent from the previous quarter.

The cannabis behemoth remains undeterred though and is moving forward with expansion plans throughout the U.S.

“We saw a jump that was originally projected to happen a year or two down the road,” said White, who is now president of Trulieve. “We did not expect it to go on forever and we’ve had to temper our expectations, but I think the longer-term trends will fall back to normal.”

Both White and Hermansky expect an uptick in sales as the holidays approach and the calendar turns to what has become one of the best quarters for cannabis sales in the U.S.

According to a report on holiday cannabis demand by Headset, a cannabis industry data analysis firm, five of the best sales days of 2021 took place in the fourth quarter. That trend is expected to continue.

“Green Wednesday,” the day before Thanksgiving, and Black Friday were the second and third highest grossing days last year, respectively, with Christmas Eve and the day before that as the highest and fifth-highest days of marijuana sales.

The cratering of the medical marijuana market has not gone unnoticed, either, and industry leaders hope to find solutions in the near future, in part by enacting policies to help ensure the sector’s viability.

Hermansky says the Arizona Dispensary Association will work with legislators and advocacy groups to tweak the rules, including advocating to legalize telemedicine and reduce card costs for patients, as well as providing free medical cards for veterans.

“When we chat with customers and patients, the overwhelming response is the time and costs of getting a card,” he said. “A substantial drop in card cost is definitely a top goal, as well as introducing things like telemedicine to make the actual card experience just flat-out easier.”

“We have observed a significant drop in patients getting medical cards in Arizona. It is a trend seen in other states once recreational sales are permitted,” he wrote in an email to the Arizona Mirror. “It simply means that patients are choosing, whether because of expense or the inconvenience associated with obtaining a medical card, to simply buy marijuana products and treat their ailments without one.”

White says that other states experiencing a similar phenomenon in the medical marketplace have stabilized in a relatively short amount of time, but he expects to continue to offer “the resources necessary to make informed choices about products that are ideally suited for their particular situation.”

Despite the overall reduction in sales, the market has topped the $1 billion mark with three months of reporting remaining for the calendar year. In 2021, Arizonans purchased more than $1.4 billion in cannabis products.

Recreational marijuana taxes are divided and disbursed by the voter-approved state law.

This story was first published by Arizona Mirror.