Cannabis CEOs aren't betting on federal legalization next year, but that's not stopping them from expanding - Read of Green 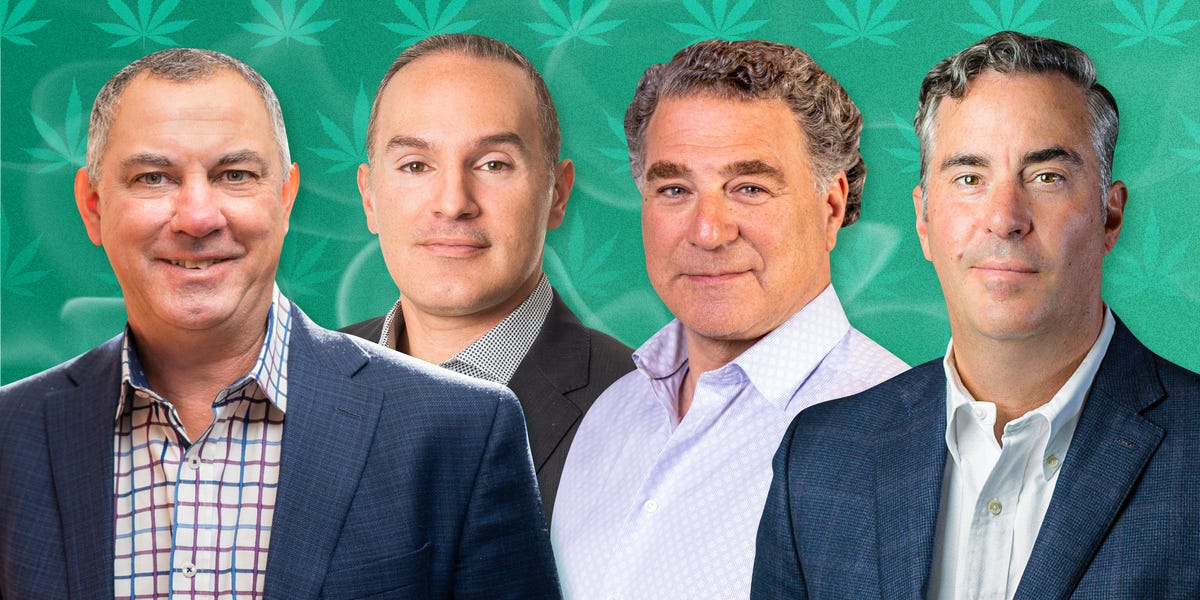 CEOs at the largest cannabis firms aren’t holding their breath for federal legalization in 2022.

But these CEOs, who represent nine of the largest US and Canadian publicly traded cannabis companies, told Insider that inaction by the US government wasn’t stopping them from growing their businesses. All the action, they said, is at the state level.

“This is a classic American story of states versus the federal government,” Green Thumb Industries CEO Ben Kovler told Insider. “It’s happened in many different ways, whether it’s alcohol, gambling, gay marriage, you name it. This is going to be a states-led process.”

In an October Gallup poll of 823 US adults, 50% of Republicans and nearly two-thirds of total voters said they supported legalization. A number of states legalized cannabis in the past year — including New York, New Jersey, and New Mexico — and are working on ironing out regulations to get dispensaries open, which could add millions of consumers to the legal market.

Kovler said he had positioned Green Thumb Industries to be independent of the need for federal change by expanding in states with legal markets for medical and recreational cannabis. The Chicago company operates 66 cannabis shops in 14 states and employs over 3,400 people.

“We’re a big, growing American company paying American taxes, and we’re not able to be listed on the New York Stock Exchange — doesn’t make a lot of sense,” Kovler said.

Kovler added that there were still over 40,000 people incarcerated for cannabis-related offenses in the US.

Besides expanding into newly legalized states, the nine cannabis CEOs said they were focused on bringing new consumers into the fold, building out their cannabis brands, and scooping up attractive assets in 2022.

While there are a number of bills circulating in Congress that would legalize, or at least decriminalize, cannabis, none have gained any traction in the Senate yet.

Still, the CEOs say it’s a positive sign that these bills have been introduced by members of both parties, including Senate Majority Leader Chuck Schumer and South Carolina Rep. Nancy Mace, a freshman Republican.

Archos said that he saw narrower cannabis reform — like the SAFE Banking Act, which would let banks work with the cannabis industry but stop short of federal decriminalization — as more likely than outright legalization in the near term.

“This is not only about us,” Archos said. “This is about everyone in the industry.” He added that access to banking could help everyone, from publicly traded cannabis firms like Verano Holdings to small businesses — including social-equity-license holders — who have struggled to access the capital they need to expand.

Bayern said that in his view, the SAFE Banking Act was the “least contentious” aspect of the broader cannabis-legalization bills that have been proposed.

“So we’re optimistic that we are going to get something around SAFE Banking,” he said, adding that without it, it had become too expensive and difficult for many businesses to operate in the industry.

“It’s really a critical part of trying to get this industry to reach its full potential and be an inclusive industry where people can come in as small businesses and participate in the growth,” he said.

Curaleaf is one of the largest cannabis companies, with 111 dispensaries across 23 states and a European medical-cannabis operation.

Columbia Care CEO Nicholas Vita said he expected to see incremental change like the SAFE Banking Act ahead of full-scale legalization, which could be a multiyear process. The New York City company operates in 18 states and Europe.

“Comprehensive reform happens over many, many years,” Vita said. “It’s a positive sign because now we have definitive, bipartisan support for cannabis.”

Cresco Labs CEO Charlie Bachtell told Insider that in his view, cannabis legalization was becoming “good politics” since members of both parties supported it.

“Good policy doesn’t always make good politics,” Bachtell said. “What you are seeing develop here over the last year is cannabis is not only a good policy, but it is becoming good politics too. When that happens, that’s when you start to see changes.”

Jon Sandelman, the CEO of Ayr Wellness, which operates dispensaries in six states, told Insider that he “doesn’t spend a lot of time” thinking about what’s going to happen in the near term for federal legalization.

“I think for anyone in my seat to predict outcomes is beyond our pay grade,” Sandelman said, though he added that the company was prepared for legalization — whenever it happens.

Canadian cannabis companies, unlike their US counterparts, can list on major US exchanges with one caveat: They can’t sell products containing THC, the chief psychoactive compound in cannabis, in the US.

That’s led these companies to look to international markets where medical cannabis is legal or where cannabis legalization is on lawmakers’ radar, like Europe.

“Contrary to what many will say, legalization isn’t happening in the US anytime soon,” Miguel Martin, the CEO of Aurora Cannabis in Edmonton, Alberta, told Insider. “I think there’s going to be a recognition that there’s a big world out there.”

Aurora exports more medical cannabis than any other Canadian company, according to Wall Street analysts.

But Aurora’s competitors, like Tilray, are still trying to figure out legal pathways into the US. Tilray in Ontario bought $165 million worth of the US cannabis company MedMen’s debt earlier this year, which will convert to equity when “federally permissible,” which could mean outright legalization or the passage of the SAFE Banking Act.

And Tilray already has similar deals in place with other US cannabis companies, including Acreage Holdings and TerrAscend.

But Tilray CEO Irwin Simon told Insider there were a lot of “ifs and buts” to get there.

“I’m a little hesitant and reserved because I’m not seeing legalization moving as fast as it could be in the US,” Simon said, which is why Tilray is pushing into countries like Germany and Portugal, along with the US.

“If legalization doesn’t happen in a year or two, we’re still well-positioned to become the leading consumer cannabis company in the world,” he said.