Cannabis industry jobs are on the rise, fueled by the Great Resignation - Read of Green 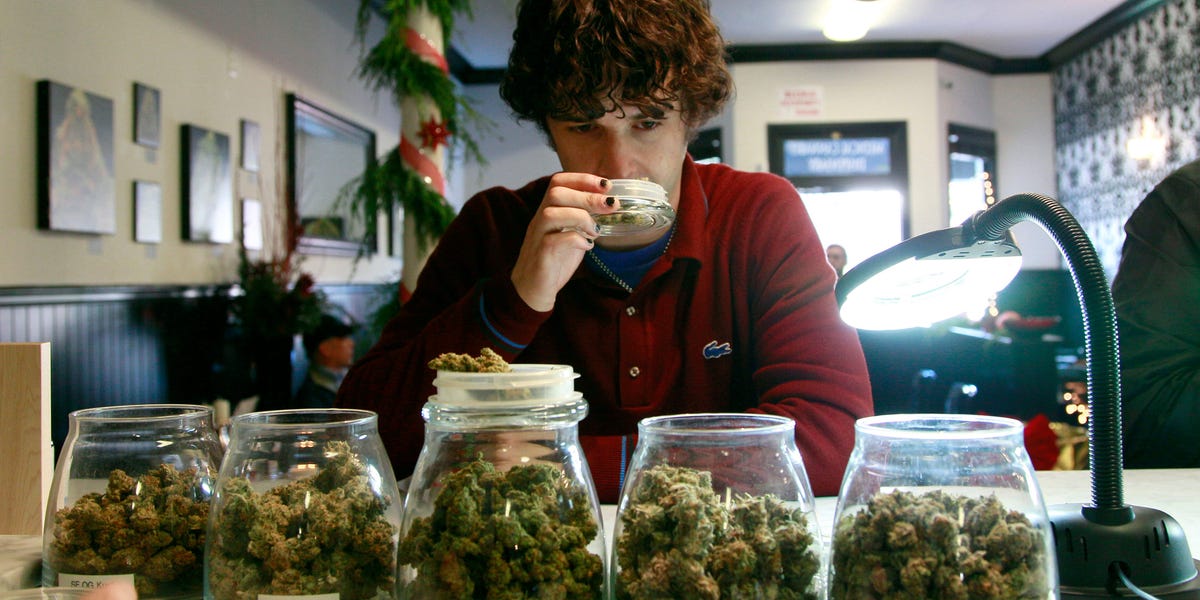 As more Americans choose to leave their current jobs amid the COVID-19 pandemic, the question remains: where are they going? One answer is the booming legal marijuana industry.

The cannabis industry has become a place of refuge for frustrated and under-appreciated retail workers who left their jobs, the Washington Post reported. Despite unemployment and a temporary economic

in 2020 fueled by the pandemic, resulting in one of the worst years for US economic growth in 80 years, employment in the industry grew by 32%. The industry added over 77,000 jobs across the sector, according to a 2021 Leafly Jobs report. There are now 321,000 American working in the legal cannabis industry, more than those who are EMTs and paramedics, aircraft pilots, or electrical engineers, the report said.

“I am so much happier,” a cannabis dispensary employee Jason Zvokel told The Washington Post. “For the first time in years, I’m not miserable when I come home from work.”

Zvokel left his job as a Walgreens pharmacist, which he held for over twenty years, according to the Post, taking on a job at a dispensary where his pay is 5% lower, but hours and work expectations are more manageable. Between administering dozens of coronavirus vaccines daily, the pressures of meeting high sales and prescription goals, and the lack of overtime pay or raises, Zvokel felt inclined to quit.

“People were quitting left and right and I was being asked to do a lot more than I physically could,” Zvokel added.

Similar stresses are echoed throughout different industries, like retail, food service, and healthcare — fueling the Great Resignation, where US workers are quitting their jobs in droves for better pay, work-life balance, and feeling valued at work. Almost 70% of workers in the US considered changing their careers for more job flexibility, even at the expense of lower pay. Some underqualified workers are outright “ghosting” their employers without notice, leading to a sharp decline in worker retention, especially in the restaurant industry.

Mario Porter, the co-owner of a Michigan-based dispensary, Hempire Collective, told The Washington Post he was able to expand his dispensary staff in 2021. He received hundreds of applications, many of which came from retail workers who left their jobs during the pandemic.

, most entry-level jobs in the cannabis industry are minimum wage, but there are more opportunities to move up quickly, the Post reported. Lucrative managerial and executive jobs in the industry can rake in 6-figure salaries.

But as the industry’s workforce grows, cannabis worker’s rights groups have pushed to establish firm guardrails to avoid worker’s issues prevalent in industries like retail.

“Without proper structures and safeguards in place at the outset, cannabis could end up looking like many other U.S. industries,” according to a report from the Economic Policy Institute. These industries are dominated by “strictly profit-maximizing firms” that treat find ways to keep wages low and undermine worker power, the report continued.

Though medical marijuana is now legal in 37 states, and 18 states and Washington DC have legalized recreational marijuana for all adults, the substance is still prohibited on the federal level.

In June, Democratic senators proposed sweeping reforms to legalize cannabis. The legal cannabis industry is expected to shoot to $100 billion over the next eight years according to analysts at Cowen investment bank, given it becomes legal in the coming years.