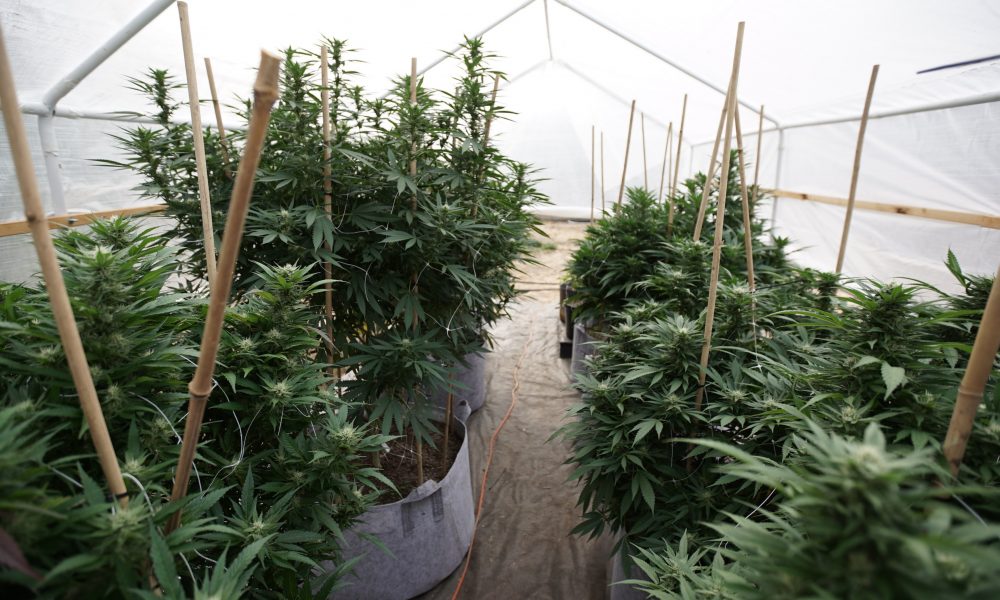 Sen. Cory Booker (D-NJ) said that with Republicans poised to take control of the House, Democrats who want to enact marijuana reform must either do it “now” during the lame duck session or wait until “many years from now”—and time is running short to act.

House Democrats and Republicans on the Oversight Subcommittee on Civil Rights and Civil Liberties co-published an 11-page “joint memo” on marijuana legalization ahead of a Tuesday hearing on the prospects for federal cannabis reform.

A former Drug Enforcement Administration agent who was sentenced to federal prison for conspiring to launder money with a Colombian cartel called the war on drugs an “unwinnable…game” and said officials “know we’re not making a difference.”

Wisconsin’s Senate majority leader said he doesn’t think there’s enough support in his caucus to legalize marijuana or even allow medical cannabis, but said it is “obviously a discussion we will have.”

The chairs of the Mississippi House Judiciary B and Drug Policy Committees said they are open to considering legislation to reduce marijuana penalties.

The lead Senate sponsor of New York’s marijuana legalization law said she is open to reconsidering tax rates if legal businesses are not able to undercut the unlicensed market.

A Kansas representative tweeted, “Kansas needs to move forward on cannabis decriminalization or Missouri is going to have a monopoly on this & we will lose out on money that we could use for schools, Medicaid expansion, community development, social services and more.”

Minnesota’s top medical cannabis regulator said her office got a lot of feedback about a pending decision on whether to add opioid use disorder as a qualifying condition.

Utah regulators sent an update about the medical cannabis program.

Iowa regulators will discuss the medical cannabidiol program on Friday.

Harker Heights, Texas’s mayor suggested that a voter-approved marijuana decriminalization initiative may be unconstitutional. Meanwhile, Denton’s city manager said the city does not have the authority to implement some provisions of a similar measure approved there. Killeen’s police chief began implementing a decriminalization proposal in that city.

Several California municipalities approved ballot measures to allow or expand marijuana sales, while others rejected them.

Colombian President Gustavo Petro spoke about his discussions with U.S. officials about the failure of the war on drugs.

Sri Lankan President Ranil Wickremesinghe is appointing an expert committee to examine the legalization of marijuana cultivation for export only.

An Irish lawmaker will soon introduce a bill to legalize marijuana possession.

Germany’s Federal Criminal Police Office said officials do not expect a significant decrease in drug-related crime if marijuana is legalized.

A Victoria, Australia lawmaker tweeted, “It’s unfinished business for me to help our returned veterans recover by providing compassionate access to psilocybin and MDMA, which has had remarkable results overseas in assisting treatments for PTSD.”

A study provided “preliminary evidence supporting efficacy and tolerability of a full-spectrum, high-CBD product for anxiety” and showed that “patients quickly achieve and maintain symptom reduction with few side effects.”

A study of cows found that “hemp feeding included changes in feed intake, milk yield, respiratory and heart rates, and behaviour” and that “for Δ9-THC…the acute reference dose for humans was exceeded in several consumer groups in exposure scenarios for milk and dairy product consumption when using industrial hemp to feed dairy cows.”

A poll of U.S. adults found that 36 percent support decriminalizing psilocybin and 34 percent oppose it, while 59 percent back legalizing marijuana.

The Pittsburgh Tribune-Review editorial board said Pennsylvania lawmakers should deliberately consider legalizing marijuana and not rush into it just because other states have legalized.

Mike Tyson and Evander Holyfield  are collaborating on a line of cannabis edibles called Holy Ears, a reference to when Tyson bit off Holyfield’s ear during a boxing match.