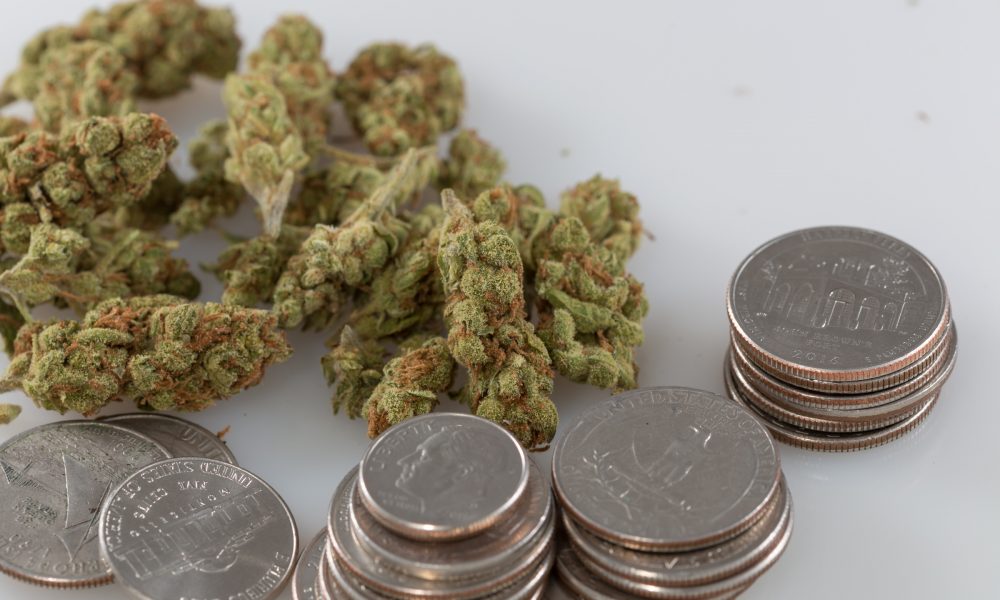 A Kentucky lawmaker announced on Monday that she is pre-filing bills to legalize possession, limited sales and home cultivation of marijuana in the state for the 2022 session, with endorsements from several leading advocacy groups.

Rep. Nima Kulkarni (D) is taking a dual-track approach to the reform, with one bill to have the legislature adopt the policy as a statutory measure and another to enact legalization through a constitutional amendment that would go before voters.

Generally speaking, the measures would accomplish the same central objective of ending prohibition, but Kulkarni said they’re meant to complement each other by giving lawmakers an opportunity to pass legalization in the short-term while allowing voters to constitutionally enact the reform as a “more permanent fix that gives cannabis use the constitutional protection it deserves.”

“I am sponsoring these bills for several reasons, any one of which should be enough for them to become law,” the sponsor said in a press release.

“First, current cannabis statutes have needlessly and tragically ruined many lives, especially people of color who have suffered because of unequal enforcement,” she said. “Second, thousands of citizens, from cancer patients to veterans suffering from PTSD, should have the right to use something that gives them the mental and physical relief they deserve without relying on stronger, potentially addictive medicine. Third, cannabis decriminalization would give the state a much-needed source of reliable revenue without raising current taxes a single cent.”

Kulkarni further noted that polls “have repeatedly shown a majority of Kentuckians backs decriminalization and allowing cannabis to be used responsibly by adults.”

Under one of the lawmaker’s pre-filed bills, a constitutional amendment would be placed on the ballot if three-fifths of the House and Senate approve it during next year’s legislative session. If passed by voters, adults 21 and older would be able to possess, purchase and sell up to one ounce of cannabis. They could also grow up to five plants for personal use.

The measure would task the General Assembly with coming up with regulations on matters such as licensing and taxes.

The separate statutory proposal would similarly remove criminal penalties for low-level possession, cultivation and sale of cannabis. It would also amend state statute so that marijuana paraphernalia would no longer be criminalized and create a pathway for people to have their cannabis convictions expunged.

Neither measure creates a regulatory structure for commercial marijuana sales, something that would be subject to separate legislation.

“Because of outdated and ill-enforced laws, thousands of Kentuckians have lost time and opportunities due to criminal convictions, and thousands more have suffered needlessly because Kentucky blocks cannabis’ medicinal use,” ACLU of Kentucky said. “It is past time for the commonwealth to join the 36 other states that have removed most if not all of these barriers, which is why we are proud to add our name to those supporting Rep. Nima Kulkarni’s legislation.”

While Kentucky is well-known for its hemp industry, broader reform has consistently stalled.

The Republican sponsor of a bill to legalize medical marijuana in Kentucky said last month that he made multiple revisions to the legislation to scale it back and add restrictions to garner more support from colleagues—and he said he’s confident it would pass if legislative leaders had the “courage” to simply allow a vote on it.

Rep. Jason Nemes (R) filed a medical legalization bill that soundly passed the House last year but later died in the Senate without a vote amid the early part of the coronavirus pandemic. He reintroduced the legislation in January for the 2021 session but it did not advance this year. Now he’s working to build support for a new version for 2022.

Gov. Andy Beshear (D) is in favor of medical marijuana legalization and called on lawmakers to pass the reform during a State of the Commonwealth address in January.

Passing an adult-use marijuana legalization bill would presumably be a much larger challenge in the conservative legislature, but the proposal has the backing of several prominent groups.

Mike Conway, state director for Americans for Prosperity-Kentucky, said the pre-filed bills “would move Kentucky away from the harmful policies that have criminalized the use and possession of marijuana.”

“Criminal enforcement of marijuana possession has unnecessarily brought thousands of Kentuckians into the criminal justice system while diverting law enforcement resources away from public safety priorities such as violent crime reduction,” he said.

Matthew Bratcher, executive director for Kentucky NORML, said the group “commends Representative Kulkarni in her efforts to reform the cannabis possession laws in our commonwealth, and we encourage other legislators from both sides of the aisle to join her in making a difference in the lives of many of Kentuckians.”

“We’re at the precipice of the opening of the cannabis industry here in Kentucky,” C.J. Carter, Kentucky state director for Minorities for Medical Marijuana, said. “This is indeed a dangerous moment in time for Black and Brown people. There’s a new multi-billion dollar industry that will soon open on both the Federal and State level while simultaneously, people who look like me remain criminalized behind bars and are once again being left out of the conversation.”

“We now have the opportunity to write a different narrative in Kentucky that would benefit us first and foremost,” he said. “The State of Kentucky and its history as it relates to cannabis owes a tremendous debt to the Black Community and that starts with this legislation that is being introduced by Rep. Kulkarni.”

Read the text of the pre-filed Kentucky marijuana legalization bills below: