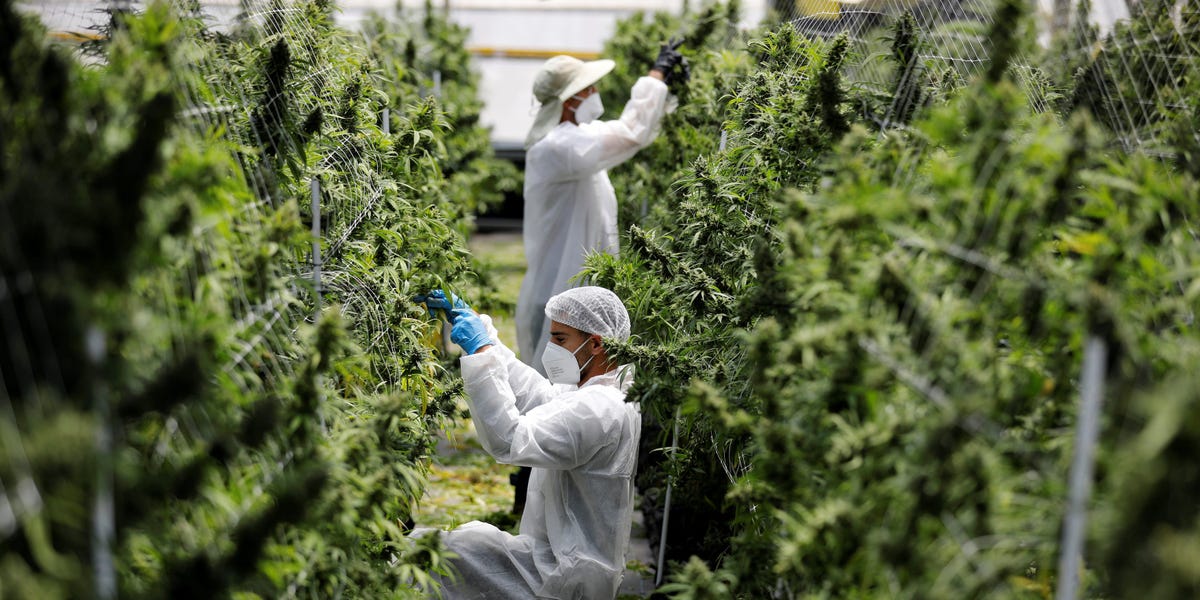 Breathe out. If you work for, invest in, or lead a cannabis company — this was probably one of the busiest weeks of the summer.

Most of the major US cannabis companies or MSOs reported earnings this week, giving us a clear snapshot into how the industry’s doing amid the pandemic.

For us, that means a whirlwind of calls, interviews, reading, writing, more calls, more interviews, more reading, and more writing. If you tried to reach Yeji or me this week and we haven’t gotten back you, now you know why. We’re doing our best.

Our quick takeaway on the quarter: MSOs like Trulieve, Green Thumb Industries, Verano Holdings and others posted strong quarters in terms of revenue growth and actually turning a profit, compared to their Canadian counterparts. How novel.

What else we’re watching:

Gov. Cuomo’s resigning, and industry experts told us that’ll speed up the rollout of legalization in New York.

Trulieve CEO Kim Rivers‘ husband JT Burnette is on trial over corruption charges associated with real estate purchases he made. The jury is deliberating as we speak.

But for the cannabis industry, there’s a damning piece: According to audio from a conversation between Burnette and an undercover FBI agent, Burnette claimed he worked with a Republican state representative to create barriers that would benefit his wife’s company and keep others out of Florida’s lucrative medical marijuana market, the Tallahassee Democrat reported.

In an industry like cannabis, in the context of decades of racially motivated policing and incarceration, reputation is everything for leaders of publicly traded cannabis companies that are now profiting from legalization.

We’re asking CEOs and other execs how they thread that needle in an industry where corporate reputation is of critical importance because of that history and the polarized political environment we all inhabit.

If you’ve got thoughts on that, get in touch with us.

Cannabis stocks have pulled back significantly since February and Viridian analyst Jonathan DeCourcey says this creates an opportunity for investors. DeCourcey names 9 stocks in particular that are poised to see “transformative growth.”

Companies with large retail-investor bases face difficulties reaching a quorum in shareholder votes. “It’s hard to get those shareholders to show up and vote,” Tilray CEO Irwin Simon told Insider. To address this issue, Robinhood said on Tuesday that it had made a big deal that would help increase proxy voting.

New York Gov. Andrew Cuomo’s resignation amid a wave of sexual assault allegations may be beneficial for the state’s fledgling cannabis industry.

“I think a lot of people in this industry, including some of our clients, are breathing a sigh of relief knowing that the governor of New York is no longer using cannabis as a pawn in unrelated battles,” Jeffrey Schultz, partner at cannabis law firm Feuerstein Kulick, told Insider.

THE NEW GREEN RUSH: Risk-taking real-estate brokers who cater to cannabis companies are cashing in

Cannabis real estate is projected to be a $50 billion industry by 2027 and some risk-taking brokerages are cashing in, helping cannabis firms find grow houses and retail storefronts.

A Scotts Miracle-Gro unit is investing $150 million in RIV Capital and RIV Capital CEO Narbe Alexandrian told Insider he’s using the money to shop for US cannabis deals. He says he’s focused on populous states and said he’s looking for distressed deals and for companies with strong teams.

An inconvenient truth (about weed) (Politico)

Legal U.S. marijuana is pouring into Mexico. It’s pricey, popular and has names such as ‘Bubba Kush.’ (The Washington Post)

Beyoncé Is Building a Hemp and a Honey Farm (Vanity Fair)

What Do You Do with a Billion Grams of Surplus Weed? (The Walrus)