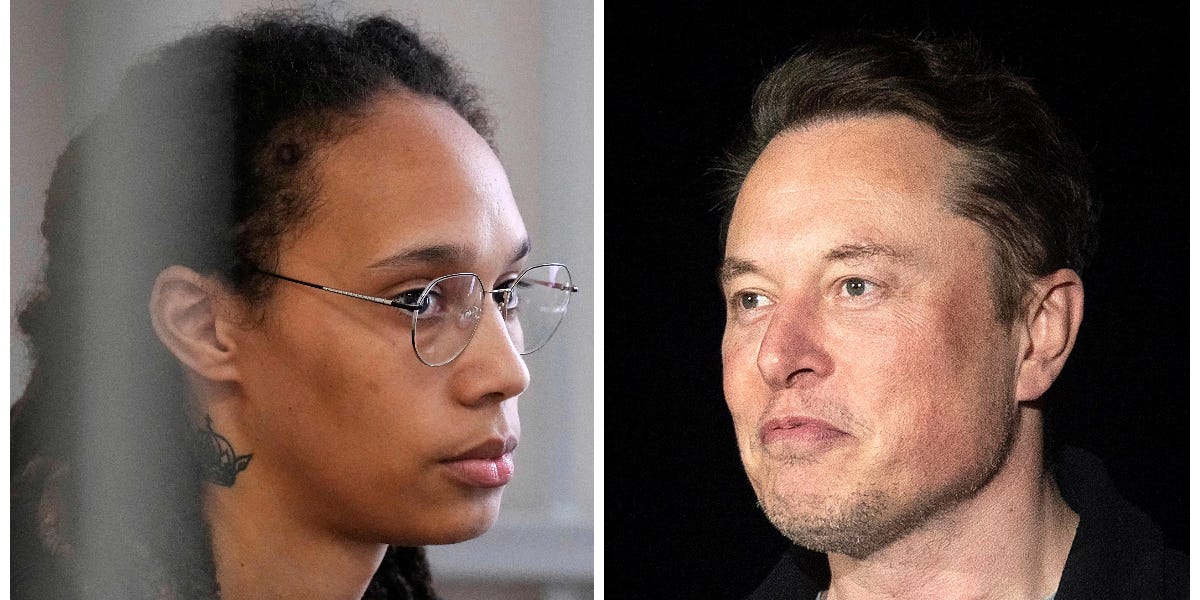 The two-time Olympic gold medalist has been detained in Russia since February after Moscow airport officials claimed they found vape cartridges containing hashish oil in her luggage.

The Biden administration offered to release Viktor Bout, a Russian arms dealer known as the “merchant of death,” in exchange for Griner and Paul Whelan, an ex-marine accused of espionage, The New York Times and CNN reported last week.

US Secretary of State Antony Blinken acknowledged last Wednesday that the US made a “substantial proposal” to get the pair of Americans released, but didn’t confirm if Bout was offered up in the negotiations. No deal between Russia and the US has been finalized yet, Reuters reported Thursday.

“Selling weed literally went from major felony to essential business (open during pandemic) in much of America and yet many are still in prison. Doesn’t make sense, isn’t right,” the Tesla CEO tweeted in 2020.

Two years before, Musk was filmed smoking marijuana during a live interview on the “Joe Rogan Experience” podcast weeks after telling The New York Times that “weed is not helpful for productivity.”

“There’s a reason for the word ‘stoned,'” he told the outlet. “You just sit there like a stone on weed.”