I went to a swanky weed-infused dinner with big-name chefs and a fire dancer. Here's what it was like. - Read of Green 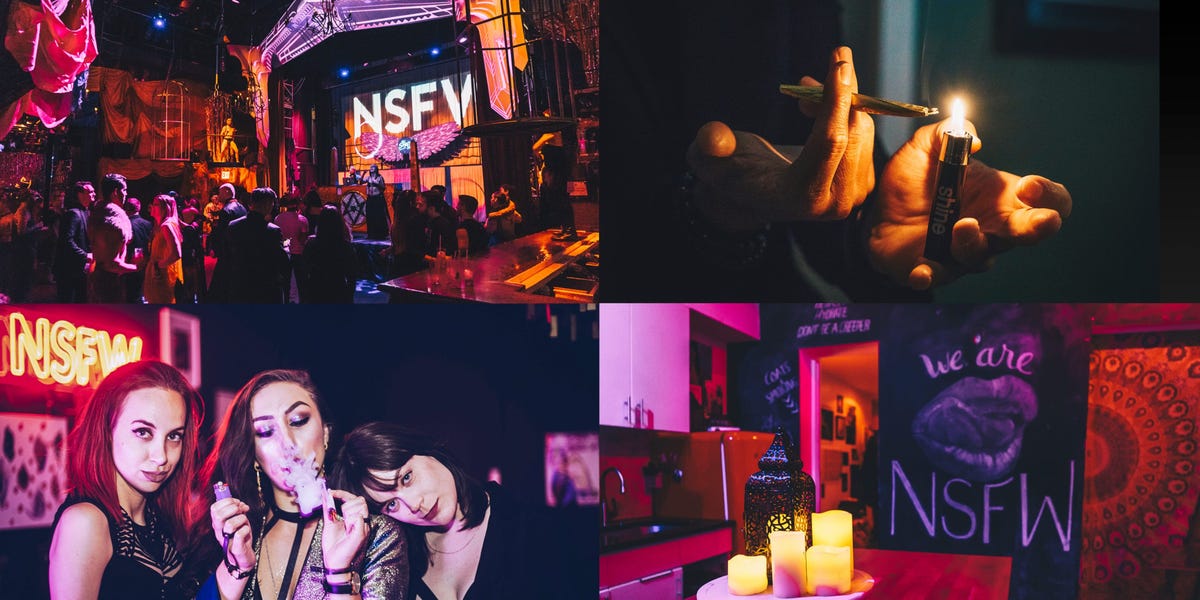 We are so sorry! We bumped into a system failure and couldn’t take your email this time.

Thank you for signing up!

New York City offers a wealth of infused cannabis consumption experiences. Thankfully, covering the space and the city the past five or so years has allowed me to sample quite a few of those options. I’ve been to large, small, public, and intimate gatherings of all sizes along the way, developing a personal preference similar to how a person defines their choices regarding restaurants, nightlife, or a myriad of other recreational activities. My experience this past fall is one that most may not come across on the list of infused experiences, but it certainly was one worth taking in.

NYC has never waited for regulations to explain how infused events work. Instead, many have hosts, brands and venues laid out the possibilities on their own. I’ve been fortunate enough to take in a plethora of them over the years, noticing that each event has its own unique offerings.

There are quaint, cozy family style meals in restaurants during off-hours. There’s also swanky multi-floored, seven-course sit-down dinners in the heart of Downtown Manhattan, rivaling any five-star event you’d find in the city. And sometimes you get to catch an unintentional show, like at the outdoor street-side dining event that occurred as New York City Pride weekend celebrations were just taking off, adding a burst of color and pride to the already joyous infused evening.

Often, it isn’t always about cannabis at infused events. In some cases, the plant can be a more subtle component to the evening. Recently, I was able to attend an event where cannabis played the supporting role in a night filled with sex and performance art.

The versatility of infused events makes sense. Cannabis, a market projected to contribute $92 billion to the U.S. economy in 2021, is known for its variety, be it consumption methods, plant profiles, cultivation methods or just about any other component to the emerging market. If state-by-state markets allow such versatility, they could see further gains from various types of legalized consumption spaces.

New York City has hosted infused dining events for years on the underground. Today’s offering is run by a slew of operators, with some looking to turn mainstream and others planning to remain underground for now. In either case, they represent the various approaches to infused events that guests can enjoy today, and possibly in the future if regulations allow.

Cannabis-focused restaurants are growing in prominence across the country. Before the pandemic temporarily shut it down, the Original Cannabis Cafe opened in Los Angeles in 2019 and gained quite a bit of buzz as LA’s first legal infused dining space.

Infused restaurants also exist in New York — most notably, Stoned Pizza. Other brands have operated as supper clubs and tasting menu-style events for years, offering guests options rather than a uniform environment or experience. The diversity is present despite the low amount of infused dining events operating so far.

As infused events gain popularity, not every event is cannabis-focused

Infused events can be cannabis-centric, or instead, use pot as a background component to the affair. Other infused events are occurring in less obvious destinations — like at sex-positive swinger play clubs.

In October, I arrived at downtown Manhattan and the clubhouse for New Society for Wellness (NSFW), a pro-cannabis space more known for its love of sex. Operating since 2014, the community playhouse has kept its current location since 2019 despite ongoing stigmas against cannabis and sex.

“Producers are less timid about promoting cannabis sales, so you’re starting to find these events on sites like Eventbrite,” Saynt said, adding that events have grown in size in the city and his demand is up since COVID-19 restrictions lessened.

NSFW now hosts five events per week, with cannabis welcomed at every event. The company’s early October affair, complete with reduced attendance and vaccine-card checks at the door, offered a glimpse into how cannabis plays a subtle component in an evening. Infused snacks and drinks were served while guests supplied their own additional cannabis consumables. By the time the evening’s performer, a fire dancer, performed around midnight, many attendees had consumed their fair share of THC — myself included.

This event was a change from other infused experiences at NSFW, like Dankquet. Featuring prominent chefs like Oscar Toro (Buddakan, Jue Lan Club), these events were some of my favorite pre-COVID infused meals. Often featuring a single, long communal table, guests were encouraged to cozy up to willing attendees so they could get to know each other and enjoy several rounds of infused courses.

Comparing two of NSFW’s approaches, I preferred the more food-focused elements of Dankquet but still appreciated the more recent affair. With cannabis taking a backseat this time around, people got to mingle throughout the entire evening. The live performance, a component also found at most Dankquets, brought focus onto a singular element for several attendees, signaling the shift from casual conversation and consumption to consensual dalliances with new and old friends. Or in my case, it indicated that it was time to buy some pre-rolls and head home to my dog.

With a growing diversity of infused events to partake in, would-be attendees are encouraged to read event details before purchasing tickets to any infused event. Most events in New York City won’t run any cheaper than $50, with the price usually higher than that. Make sure you get what you’re looking for.

Typically, events of any type feature one or several vendors offering a range of consumables. Bring money if you plan on picking up. Vendors are starting to accept digital payments using

, Venmo and other options.

Without clear regulations, the future of legal infused events remains uncertain. A few markets are setting the trend with their laws. However, most remain unclear. New York City and other popular cannabis-consuming destinations may offer the best look into the future. Or, most may stay on the underground.

Still, optimism appears high across the board. Attendees often come away with a substantial buzz, and operators like NSFW and co-host Spleef feel convinced that they are headed in the right direction.