Investors have poured over $1.6 billion into cannabis-tech startups this year. Here's why Tiger Global and Thrive Capital are betting on software over pre-rolls. - Read of Green 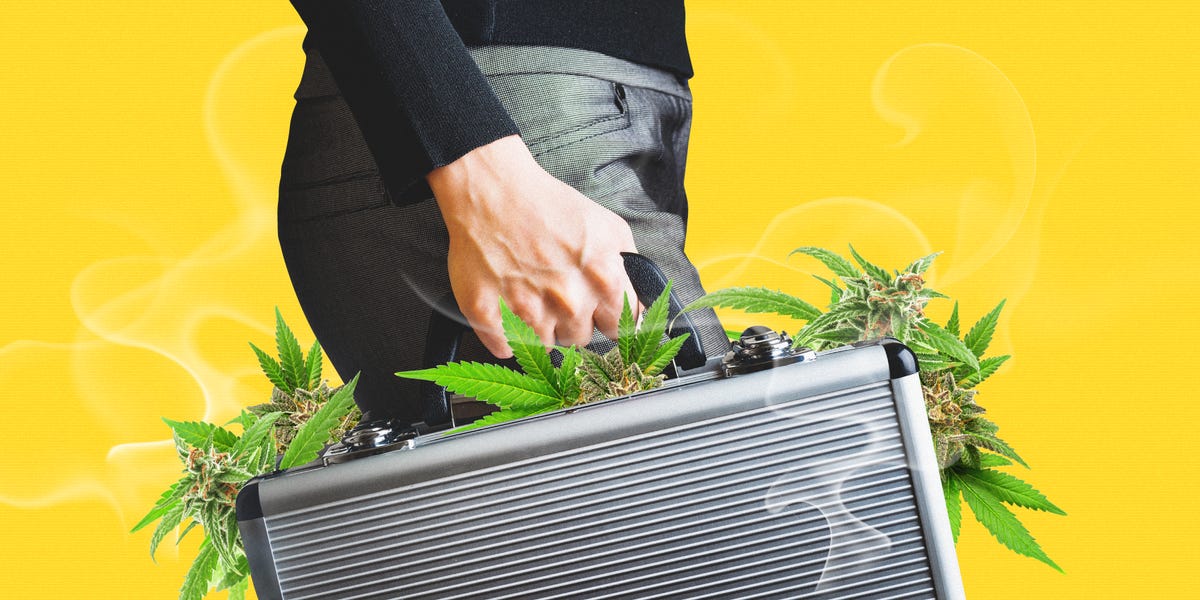 Cannabis tech is having a moment.

Startups that provide software and other services to the cannabis industry are on a fundraising tear this year, raising millions from deep-pocketed investors and going public at eye-popping valuations.

As of November 9, investors have poured over $2.6 billion into the cannabis industry, up from $1.45 billion last year, according to the data provider PitchBook. Of that $2.6 billion, over $1.6 billion has gone to cannabis-tech companies — the bulk of it going to US startups.

The latest spurt of cannabis tech deals includes some of the biggest and most well-known funds, including Peter Thiel’s Founders Fund, the powerhouse Tiger Global, and Thrive Capital, along with the $7.5 billion Eminence Capital.

For the largest venture-capital or private-equity firms, investing in cannabis tech is a way to bet on the spread of cannabis legalization in the US, the biggest market, without the risk that comes with selling an illegal substance.

Cannabis is considered a Schedule I controlled substance by the US federal government, though a number of states have legalized it for medical and recreational use. In Canada, it’s a different story: The country became the second, after Uruguay, to federally legalize cannabis in 2018.

Think of these cannabis-tech startups as the picks and shovels that supported the gold rush in the 19th century. They provide services like inventory management, marketing, payroll, customer retention, and everything else cannabis shops need to survive and thrive — but they don’t sell cannabis itself.

“As an investor, if you’re thinking about wanting to participate in this gold rush, and you want to be in the United States, the only way to do that is playing cannabis tech,” said Jeffrey Harris, the CEO of Springbig, a software company that helps dispensaries market their products and retain customers. Harris said he also invests privately in cannabis-tech startups.

Tech has been a bright spot for the cannabis industry

In the past, traditional venture and private-equity funds saw cannabis tech — and the cannabis industry, more broadly — as too small and complex to be a worthwhile investment, Emily Paxhia, a managing partner at Poseidon Asset Management, which invests in cannabis and cannabis-tech companies, told Insider.

These traditional venture funds are now recognizing how fast the cannabis industry is growing, Paxhia said.

Plus, because cannabis is federally illegal in the US, most big tech platforms don’t service the industry. That’s the reason all these niche startups have sprouted up to work with the cannabis industry, instead of, say, Amazon or Oracle building their own platforms, Paxhia said.

Poseidon last month led a $19 million funding round for Flowhub, a cannabis-tech startup.

Tech has been a bright spot for the broader industry, which has suffered in recent months as federal legalization in the US hasn’t materialized and companies struggle to bring consumers out of the illicit market and into legal shops.

Cannabis-tech companies that want to raise money or go public are on fertile ground.

Springbig said on Tuesday that it planned to list on the Nasdaq through a combination with Tuatara Capital Acquisition Corp., a blank-check company known as a special-purpose acquisition company, or

. The deal would give the combined company a valuation of over $500 million.

Springbig is far from the only cannabis-tech company to announce a megadeal in recent months:

And on the private side, there’s even more action:

Traditionally, the cannabis industry has been fueled by investments from family offices or firms that are specifically focused on cannabis and have the expertise to navigate the regulatory gray areas between federal and state rules around cannabis legalization.

It’s been more difficult for institutional investors to back “vice” industries like firearms, tobacco, gambling, and now cannabis, Insider has reported.

But tech — even when it serves the cannabis industry — is far enough removed from the risk, and it provides a way for these investors to bet on the upside of legalization without dabbling in selling cannabis itself, investors have previously told Insider.