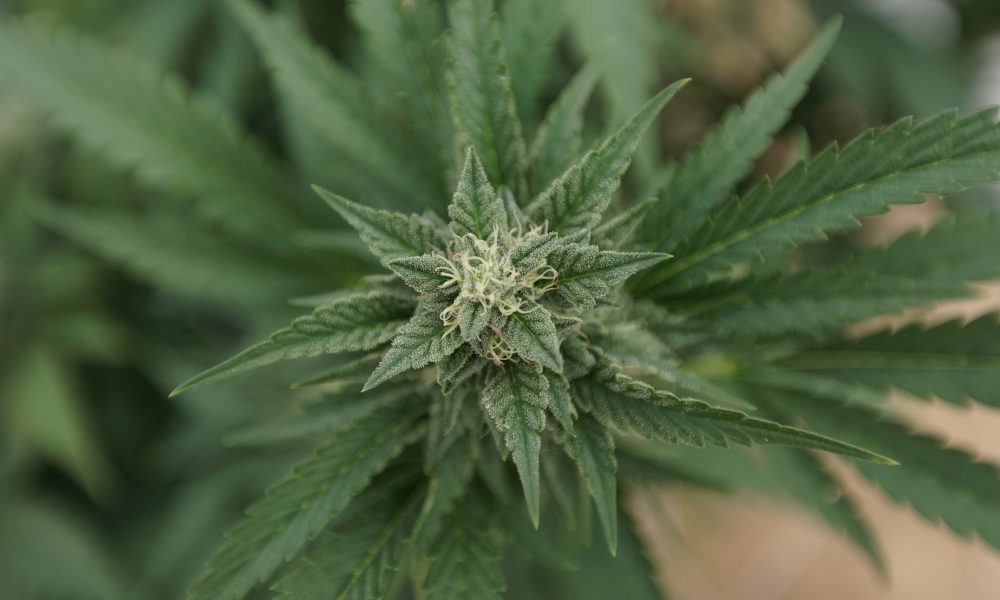 The Drug Enforcement Administration and National Institute on Drug Abuse are backing a White House plan to make it easier to research marijuana, psychedelics and other Schedule I drugs.

A pair of Ohio Republican lawmakers formally filed a marijuana legalization bill. The move comes as activists are nearing completion of the first phase of their signature drive for an initiative to legalize cannabis.

An Indiana Republican representative said he plans to file a medical cannabis bill in the new session. Democrats, meanwhile, are pushing to legalize recreational marijuana in 2022.

Former Missouri marijuana prisoner Jeff Mizanskey—whose sentence was commuted by a governor— says in a new op-ed that proposed cannabis ballot initiatives have “significant flaws” and that lawmakers should instead pass a legalization plan that emphasizes “liberty and freedom.”

The U.S. Department of Agriculture’s National Agricultural Statistics Service tweeted a reminder that responses to a federal hemp survey are due on Friday.

Senate Agriculture, Nutrition and Forestry Committee Democrats tweeted about improvement to hemp crop insurance, saying, “As the hemp industry grows, it is important that we provide producers with risk management tools that are flexible and effective adequate crop insurance. This news is great for our hemp producers and economy.”

Rep. Dave Joyce (R-OH) tweeted, “#HOPEAct and #SAFEBanking take achievable, bipartisan steps towards cannabis reform that are critical to the lives of millions of Americans. With these bills, Congress can #PassProgress and begin the long overdue process of ending the federal prohibition of cannabis. #HOPEforSAFE.” He also tweeted a meme calling on Senate Majority Leader Chuck Schumer (D-NY) to schedule a vote on the marijuana banking bill.

Rep. Marie Newman (D-IL) tweeted, “The cannabis industry is one of the fastest growing industries, and its workers should have access to a strong union. I will always stand with workers and the middle class in the fight for fair wages, strong benefits, and safe working conditions.”

Rep. Cori Bush (D-MO) tweeted, “The drug war has proven that criminalizing substance use only worsens the crisis. @POTUS’s proposal to permanently classify fentanyl analogs as Schedule I drugs is quite literally deadly. Our approach must be rooted in public health and saving lives.”

Rep. Bonnie Watson Coleman (D-NJ) tweeted, “The ‘war on drugs’ has done nothing but devastate communities across the country. I’ve introduced a bill with @RepCori to start treating substance use as the public health issue that it really is.”

Ohio Democratic gubernatorial candidate John Cranley, currently Cincinnati’s mayor, tweeted, “For decades we locked up mostly Black and brown men for possessing a drug that we knew was less harmful than alcohol. It’s time we change that. Let’s #LegalizeIt and invest that revenue right back into our communities.”

Pennsylvania Democratic gubernatorial candidate Josh Shapiro, currently the attorney general, tweeted, “Do you want to see marijuana legalization, affordable health care, and a raise in the minimum wage? Me too. There’s one way to get it done in Pennsylvania, and it comes on Election Day.”

Florida Democratic gubernatorial candidate Nikki Fried, currently the agriculture commissioner, tweeted, “Floridians stick together. In 2022, we’re sticking together to expand Medicaid so people can get the care they need, legalize marijuana with restorative justice, protect our environment and so much more.”

A New Mexico senator spoke during a congressional hearing about how the state is diversifying its revenue away from relying on the oil and gas industry by legalizing marijuana.

The Colorado Court of Appeals ruled that drug dog alerts no longer generate probable cause for searches.

The Vermont Department of Health said it has no relevant records about police claims of fentanyl-laced marijuana.

The New York State Fair will have designated smoking areas at its 2022 event due to complaints about marijuana smoke this year.

Wellington, Colorado voters approved a ballot measure to repeal the ban on marijuana dispensaries by a one-vote margin.

The Mexican Senate’s political coordination board agreed to move forward on a marijuana legalization bill and other legislation.

The Toronto, Ontario, Canada Board of Health voted to advance a proposal to decriminalize drugs.

The UK House of Commons speaker said he may ask police to bring drug-sniffing dogs into legislative buildings after traces of cocaine were detected in sensitive areas.

Costa Rica’s Constitutional Chamber of the Supreme Court of Justice notified lawmakers that a medical cannabis and hemp bill does not have any constitutional issues.

Australia’s Therapeutic Goods Administration is considering whether to reschedule psilocybin and MDMA.

The Kenyan government is asking a court to dismiss a case where Rastafarians are seeking to overturn marijuana criminalization on religious discrimination grounds.

A review concluded that “although THC and THC/CBD interventions provided a significant improvement in pain intensity and were more likely to provide a 30% reduction in pain, the evidence was of moderate-to-low quality.”

The Republican National Committee tweeted, “The owner of a cannabis dispensary in Oakland, California says, ‘I was safer selling weed on the streets of Oakland than I am selling it legally” in the Democrat-run city. That’s a problem.’”

A poll of senior staffers on Capitol Hill found that 5 percent think marijuana legalization will be a top focus of Congress in 2022.

The Anchorage Daily News editorial board said Alaska’s marijuana legalization law is mostly working well but that lawmakers should make some tweaks in 2022.

Illinois retailers sold more than $120 million worth of adult-use marijuana products in November.

The National Basketball Social Justice Coalition tweeted, “The #EQUALAct is a long-overdue reckoning with the crack-powder cocaine sentencing disparity created with no scientific basis at the height of the War on Drugs.”