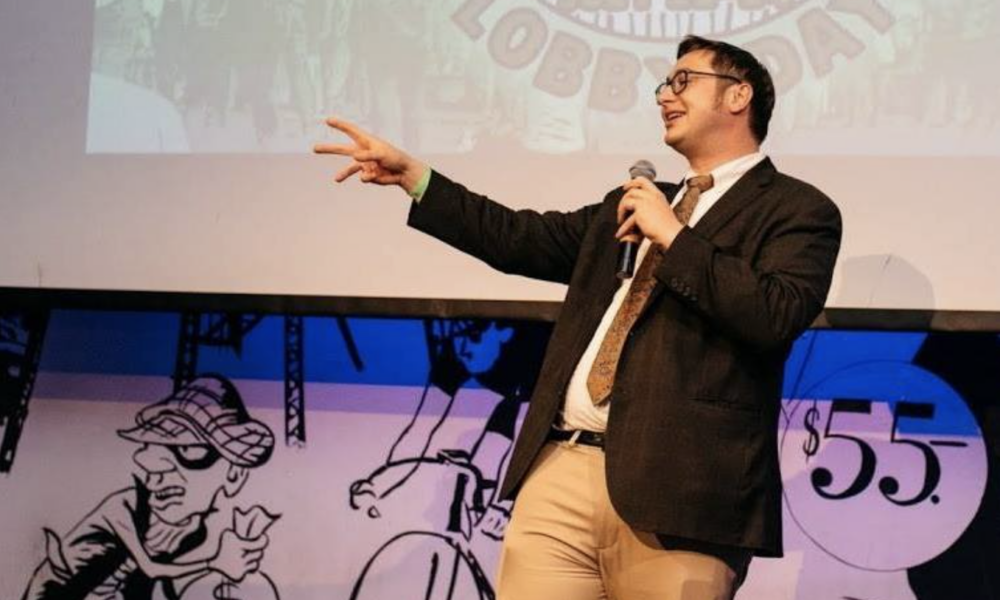 Oklahoma marijuana activists on Tuesday filed another marijuana legalization initiative that they hope to place before voters on the 2022 ballot.

The campaign is being supported by the national New Approach PAC, which has been behind a number of successful state-level reform initiatives. A separate group of local activists also filed initiatives to legalize recreational marijuana and remodel the state’s existing medical cannabis program in October—and members of that campaign are already criticizing the new push.

This latest measure would allow adults 21 and older to purchase and possess up to one ounce of cannabis, grow up to six mature plants and six seedings for personal use. The current Oklahoma Medical Marijuana Authority would be responsible for regulating the program and issuing cannabis business licenses.

A 15 percent excise tax would be imposed on adult-use marijuana products, with revenue going to an “Oklahoma Marijuana Revenue Trust Fund.”

The funds would first cover the cost of administrating the program and the rest would be divided between municipalities where the sales occurred (10 percent), the State Judicial Revolving Fund (10 percent), the general fund (30 percent), public education grants (30 percent) and grants for programs involved in substance misuse treatment and prevention (20 percent).

“The goal of SQ 820 is to regulate the production, testing, and sale of cannabis products for adults, aged 21 and older in Oklahoma through an accountable system that ensures the highest safety and health standards,” proponent Michelle Tilley told Marijuana Moment. “It is time for Oklahoma to stop criminalizing people for minor marijuana offenses and to bring in more money for education and health care. That is what this initiative will do.”

People serving in prison for activity made legal under the measure could “file a petition for resentencing, reversal of conviction and dismissal of case, or modification of judgment and sentence.” Those who’ve already served their sentence for such a conviction could also petition the courts for expungement.

There are several consumer protections built into the proposal. Parents could not be “denied custody of or visitation or parenting time with a minor child” simply for acting in compliance with the law, for example.

People “under parole, probation, or other state supervision, or released awaiting trial or other hearing” couldn’t have their status revoked or be otherwise punished for conducting activities made legal under the measure.

“No conduct addressed and permitted by this Act shall constitute the basis for detention, search, or arrest,” the text of the initiative says. Further, unless law enforcement is investigating impaired driving, the smell of marijuana, possession or suspicion of possession, “shall not individually or in combination with each other constitute reasonably articulable suspicion of a crime.”

Public assistance couldn’t be denied for people acting in compliance with the law, unless required under federal policy.

The measure also stipulates that people couldn’t be denied by state or local government their right to possess or purchase firearms and ammunition based solely on legal marijuana activities.

The initiative additionally lays out penalties for violating certain provisions related to displaying marijuana plants, public smoking or vaping, underage possession and possession in excess of the limit.

Within 90 days of the effective date, regulators would need to develop rules on licensing, quality control, testing, labelling, packaging, security, advertising and more.

Local governments could “regulate the time, place, and manner of operation of adult use business licensees…so long as those regulations are not unduly burdensome.” They couldn’t limit the number of marijuana businesses, or outright ban them, within their borders however.

“SQ 820 proposes a statutory change, not a proposed constitutional amendment. Marijuana policy is still evolving and the Oklahoma legislature has shown it is ready to deal with issues as they arise,” Tilley said. “Whether it is a change in federal law or some yet unforeseen development in Oklahoma, lawmakers won’t have to amend the constitution to respond.”

Because the proposal is statutory rather than constitutional, there’s a lower signature threshold to qualify for the ballot. They will need to gather 94,911 valid signatures from registered voters within 90 days to make the 2022 ballot.

While both this proposal and one of the separate constitutional amendments being backed by Oklahomans for Responsible Cannabis Action (ORCA) seek to legalize marijuana for adults, there are some differences.

ORCA argued on Wednesday that the New Approach initiative includes excess licensing requirements and regulations and lacks funding to facilitate expungements for prior cannabis convictions.

Under ORCA’s proposal, adults 21 and older would be able to possess up to eight ounces of marijuana that they purchase from retailers, as well as whatever cannabis they yield from growing up to 12 plants for personal use.

Marijuana sales would also be subject to a 15 percent excise tax. The tax dollars would first cover implementation costs and then would be divided to support water-related infrastructure, people with disabilities, substance misuse treatment, law enforcement training, cannabis research and more.

The measure also lays out pathways for resentencing and expungements for those with marijuana convictions.

Oklahoma voters approved medical cannabis legalization at the ballot in 2018. Unlike many state medical marijuana programs, it does not require patients have any specific qualifying conditions; doctors can recommend cannabis for any condition they see fit.

At the same time, the group’s adult-use initiative calls for a gradual decrease of medical marijuana tax, which would reach zero percent within one year of its enactment. Also, within 60 days of enactment, the state’s existing medical cannabis dispensaries would be permitted to sell to the recreational market.

Oklahoma activists had previously attempted to qualify a legalization measure for the 2020 ballot. They filed a petition to legalize cannabis for adult use in December 2019, but signature gathering fell short due in part to procedural delays and the coronavirus pandemic.

Activists will need to collect at least 177,958 valid signatures from registered voters to qualify these two initiatives for the ballot.

Read the text of the new Oklahoma marijuana legalization initiative below: