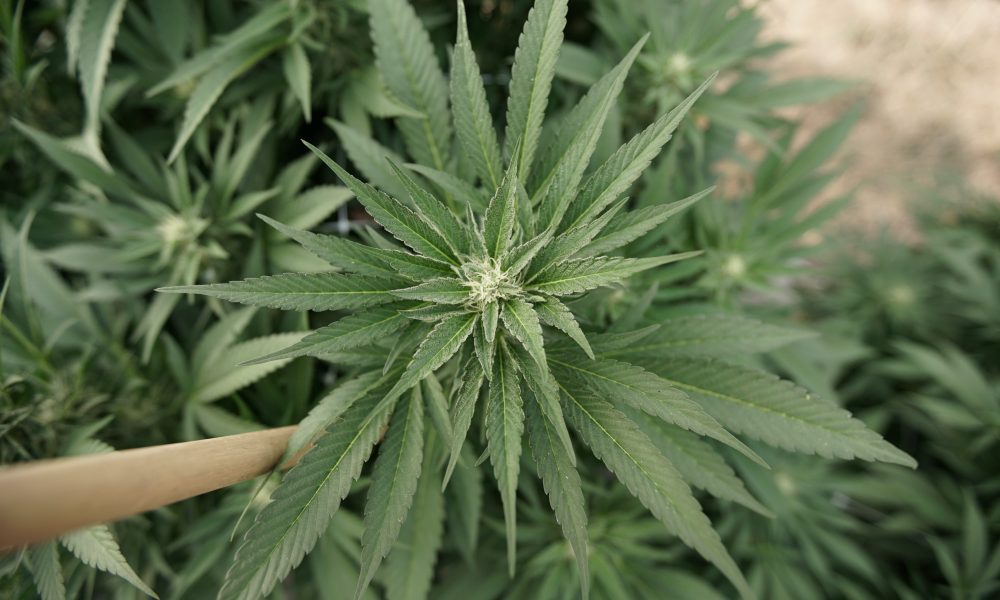 Rhode Island’s House speaker and Senate president indicated in opening remarks at the start of the legislative session that they are nearing a deal on how to regulate the marijuana industry in a new legalization bill expected to be filed this month. But Gov. Dan McKee (D) might not be on board with a key detail.

The Illinois Department of Financial and Professional Regulation reported that marijuana businesses set a sales record in December, closing out a year with nearly $1.4 billion worth of legal cannabis products sold—more than doubling 2020’s total.

Senate Majority Leader Chuck Schumer (D-NY) tweeted, “The War on Drugs has been a war on people—particularly people of color. I’m working to pass our bill to end the federal marijuana prohibition, enact criminal justice reforms, and ensure equity for those impacted by the War on Drugs.”

Pennsylvania Democratic Senate candidate John Fetterman, currently the lieutenant governor, tweeted about a local move to reduce some marijuana charges, saying, “Lebanon 🔴  is one of Pennsylvania’s most conservative counties. I commend the DA for adopting these common sense changes to marijuana charges. Legalization is “inevitable” in PA. Those aren’t my words. They belong to a Republican state Senator.”

Texas Democratic congressional candidate Coy Branscum tweeted, “I support federal efforts to legalize adult use marijuana. This will be a boon for investment in our country and will provide much needed criminal justice reform for our country.”

Mississippi’s lieutenant governor pushed back against Gov. Tate Reeves’s (R) criticism of pending medical cannabis legislation, while the House speaker said it is “not the top issue” for the session. Separately, a senator is proposing a medical marijuana bill that would ban smoking.

Montana’s Supreme Court has been slow to set up a specialized court to handle marijuana expungements.

Virginia regulators are considering amending rules for marijuana field tests and are accepting comments on proposed changes to rules on medical cannabis product labeling and access to facilities.

Illinois regulators are beginning rulemaking on changes to the medical cannabis program.

The New York Department of Agriculture and Markets tweeted, “We’re proud to announce that our Hemp Program Plan has been approved by @USDA. All growers who were licensed under our former Industrial Hemp Agricultural Research Pilot Program need to reapply under this new program in order to grow hemp this year.”

Colorado regulators gave an update on the marijuana program in the Department of Revenue’s annual report.

Oklahoma regulators sent an update about a switch to new medical cannabis licensing software this month.

The Idaho Global Entrepreneurial Mission reported on hemp projects it is funding.

Philippine President Rodrigo Duterte said he will “never, never apologise for the deaths” in his nation’s bloody “drug war.”

London, England’s mayor clarified that a new arrest diversion plan will only apply to people under 25 and for marijuana only, not other drugs. A spokesperson for UK Prime Minister Boris Johnson reacted by saying that “illegal drugs destroy lives and fuel violence.” And the leader of the Labour Party said he’s “not in favour of changing the drugs laws.”

Quebec, Canada’s government is denying access to marijuana and alcohol retail locations to people who have not received COVID vaccinations.

A study concluded that medical cannabis “use for chronic pain is increasing with cannabis legalization.”

A study of mice suggested that “both cannabinoids and terpenes in oil extracts should be considered as potential therapeutic agents against epileptic seizures and epilepsy.”

The Indiana Democratic Party tweeted, “A state that Donald Trump won by 16 points [Montana] made recreational cannabis legal. The @indgop’s opposition to marijuana is more out of touch with most of the larger @GOP. Their partisanship is harming Indiana’s economic potential.”

The Association for Cannabis Health and Medicine will host a summit on cannabis in sports on January 22.

Trulieve Cannabis Corp. won a dismissal of a lawsuit that accused the company of misleading investors about the quality of its cultivation facilities.

The Honeybee Collective raised a $107,000 funding round.

David Crosby gave a reporter tips about how to roll a joint and spoke about his forthcoming cannabis brand.