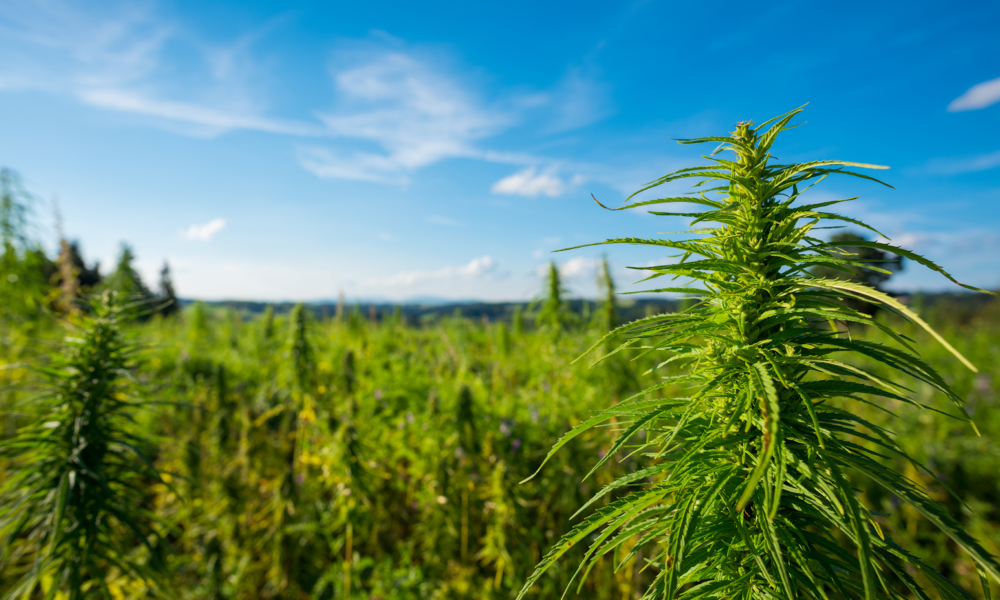 An Oregon marijuana business has filed a lawsuit in federal court, declaring that the state’s ban on cannabis exports and imports to and from other states violates the U.S. Constitution.

While the complaint challenges the state law banning cannabis exports, the plaintiffs’ lawyers sent a letter to the top officials named as defendants, asking them to join the effort to get a ruling deeming the policy unconstitutional, arguing that it’s in the state’s best economic interest.

“We recognize that marijuana is still illegal under federal law, and that this lawsuit will not change that fact,” the letter says. “However, we believe that the State of Oregon should be fully aligned with supporting its local marijuana industry, and therefore that Oregon law should no longer prohibit the export of marijuana to other states.”

The lawsuit, filed in the U.S. District Court for the District of Oregon, is based on an interpretation of the Constitution’s Dormant Commerce Clause (DCC), which is meant to promote competition by preventing states from independently regulating interstate commerce, leaving that responsibility solely within the purview of Congress.

“Under the DCC, for example, an Oregon law prohibiting the export of hazelnuts (or grapes, semiconductors, Bigfoot decals, etc.) would be invalidated,” Andrew DeWeese and Kevin Jacoby of Green Light Law Group, which is representing Jefferson Packing House in the case, wrote. “We believe it is likely that a federal court will treat marijuana like hazelnuts and invalidate state laws prohibiting the export of marijuana notwithstanding the fact that it is illegal under federal law.”

Part of the reason that they’re confident that a federal court will rule in their favor is because of the precedent set in a federal appellate court in August.

In that case, the U.S. Court of Appeals for the First Circuit ruled that Maine’s law prohibiting non-residents from owning medical marijuana businesses is unconstitutional because it violates the DCC. Following that ruling, legal experts said that the decision could have more far-reaching implications for interstate cannabis commerce.

For this latest suit, the eight-page legal complaint says that Oregon’s export ban “harms not only Oregon growers, processors, and wholesalers, but also non-residents, who are denied access to the high-quality marijuana products created in Oregon unless they physically travel to Oregon to purchase those products.”

Green Light filed a lawsuit in federal court yesterday against the State of Oregon, seeking to have the state laws prohibiting the export of marijuana declared unconstitutional under the Dormant Commerce Clause. Read more: https://t.co/JZ9D7Y6gIv #cannabisnews #oregon pic.twitter.com/JUZzZP1x2h

Similar bans on exporting and important cannabis are in place in legal states across the U.S., in large part as a protective measure meant to insulate the states from federal enforcement action given that agencies like the Justice Department have previously identified interstate marijuana trafficking as a prosecutorial priority.

The suit says that the policy “discriminates against interstate commerce by nakedly prohibiting such commerce, without any legitimate, nonprotectionist purpose, and is therefore prohibited by the dormant Commerce Clause of the U.S. Constitution.”

“There is no constitutionally adequate reason for Oregon, or any other State, to bar the import or export of marijuana,” it says. “Protecting the local cannabis industry is a purely protectionist motive and is therefore plainly unconstitutional under the DCC.”

“Attempting to appease the perceived enforcement priorities of the federal government to induce the DOJ to continue its policy of nonenforcement of state-legal marijuana activities (which violate federal law equally as much as interstate commerce in marijuana) implicates fatal separation of powers concerns, as only Congress can authorize the States to regulate interstate commerce, not the DOJ, an agency of the executive branch.”

“The export ban is stifling Oregon’s marijuana producers and industry participants as they are unable to access the enormous out-of-state demand for their Oregon-produced products,” the complaint continues.

To remedy the situation, the plaintiffs are asking the court to declare that the export ban is unconstitutional and enjoin the state from “implementing, enforcing, or giving any effect to the residency requirement for dispensaries.”

The letter to Brown and other state officials emphasizes how Oregon is uniquely positioned to benefit from permitting cannabis exports, arguing that the state enjoys a “near-perfect confluence of geography, climate, deep cannabis culture, a spirit of innovation and entrepreneurship, and smart regulation” that makes it well-suited to become “the standard by which all others are judged.”

“Will you now stand with us as we continue our great state’s tradition of fighting against the inequity of federal marijuana prohibition?” the attorneys asked.

“We respectfully ask that each of you, in your official capacities, take no action to defend the Oregon laws prohibiting the export of marijuana, which are the subject of our lawsuit, and join in our prayer that the district court enter a judgment declaring that such laws are unconstitutional. Together, our meritorious lawsuit, and the support of the State of Oregon, will send a powerful message to our leaders in Washington.”

It’s unclear if the state will take the plaintiffs up on the offer, but Brown has shown interest in opening up the state’s marijuana market for interstate commerce, signing a bill in 2019 that would authorize the governor to enter into such agreements with other legal states once federal law permits it.

Two members of that state’s congressional delegation followed up on that action by filing a measure that would similarly allow for such activity, preventing the Justice Department from interfering in states that have affirmative agreements to sell marijuana across state lines. The legislation did not advance, however.

Since then, New Jersey Senate President Nicholas Scutari (D) has filed a bill that would similarly allow the governor to enter into enter into agreements with other legal states to import and export cannabis.

California Gov. Gavin Newsom (D) signed a bill in September that would also give the governor that power to facilitate interstate marijuana commerce.

Read the text of the Oregon marijuana company’s letter to state officials and accompanying federal lawsuit on interstate cannabis commerce below: