Rep. Nancy Mace says her GOP-led cannabis legalization bill would be 'a real win-win' for bipartisan marijuana reform in the US - Read of Green 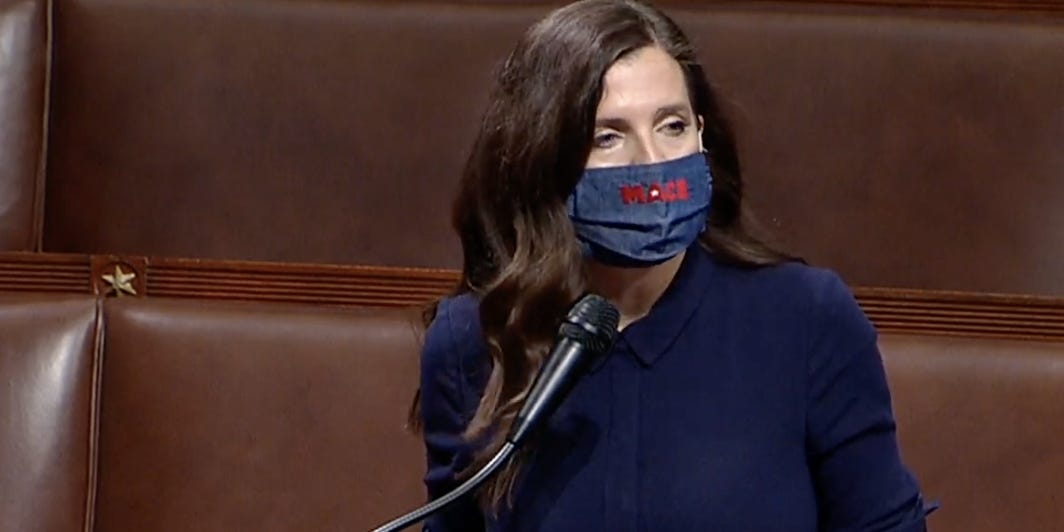 Rep. Nancy Mace, a freshman Republican from South Carolina, is set to introduce a bill that would federally decriminalize cannabis on Monday.

Insider got an early look at the 131-page bill, called the States Reform Act, which proposes to regulate cannabis much like alcohol, and gives states lots of leeway into how they’d regulate the industry.

The bill would decriminalize cannabis federally by removing it from the Controlled Substances Act, set a minimum age of 21 for cannabis purchases, levy a 3% excise tax, and allow states to set their own policies around the commercialization of cannabis.

Mace told Insider in an interview that the legislation aims to bring about cannabis legalization in a bipartisan way.

This Q&A has been edited for length and clarity.

Insider: Why is now a good time to release cannabis reform legislation?

Mace: Well, this is something that I’ve been working on for a long time. I worked on medical marijuana legislation in the state legislature of South Carolina. When I came to Congress, there were a couple of different priorities for me, and this was something that I cared about both as a state lawmaker and now as a member of Congress.

A lot of what government does, doesn’t make a lot of sense, and this isn’t difficult, this kind of bill. I think this brings a lot of common sense to the discussion and to legislating cannabis across the country. There’s something for everybody in here, whether you are pro-cannabis or anti-cannabis. Politically, no matter what state you’re from, there’s something for everybody in here.

Mace: It really is a 70-30 issue, wherever you are. And I’ve seen it across South Carolina.

Of all of the states there are only three — I believe it’s Nebraska, Kansas, and Idaho — that have no level of cannabis reform or legalization in their state. When you see this sort of patchwork across the country, this isn’t rocket science.

We’ve seen Democrats release cannabis decriminalization bills as well, including the Senate Majority Leader, Chuck Schumer. What are some of the key changes in your bill versus what Democrats have proposed in the past?

States can have the medical programs that they want. But there are special protections in here for people who, for example, have cancer, are terminally ill, veterans, people that have PTSD or sickle cell, or HIV and AIDS. I wanted to make sure that this piece of legislation could appeal to many people.

The bill would allow for the release and expungement of those who have strictly nonviolent cannabis-related current and past convictions, but it excludes those who are members of cartel gangs and excludes those who’ve been convicted or are serving time right now for driving under the influence.

This is, I believe, a good middle-of-the-road, pragmatic, common-sense approach to the issue at the federal level. And it would regulate cannabis like alcohol, right? So every state’s alcohol laws are different, the same with every state’s cannabis laws, they’re different.

You said that this bill has broad support. The polling shows that among the public. But I’m curious, what’s the path to actually getting this bill passed in the House given the slim Democratic majority? And on top of that, does it have leadership support in your party?

Mace: I’m working on the Republican side first. I want to add a personal goal to hit on that side. And then we are getting a lot of positive feedback from Democrats in the House and the Senate. And that’s the first step, is how many in my party will support it once it’s out there, once people have had time to digest it.

Some folks want to make sure that they get their stakeholders and their state to take a look at it as well. These are all important parts of the process, but I think it’s one of the best cannabis bills that are going to be laid out in Congress in recent history. There’s social justice and criminal justice. And then there’s giving states the right to determine what they want to do.

Why did you set the excise tax at 3%?

Mace: The federal excise tax is extremely low — starting off at 3%. I think this is important because, in states that have some form of recreational use, their taxes have been so high, they’ve continued to have a black market. And so any sort of excise tax needs to be extremely low to really prevent those things from happening. I’ve learned from states who’ve made those mistakes and this legislation takes that into account.

We want to make sure that this is also a business-friendly bill and farmer-friendly. If you have something that’s very, very high, then it’s just going to fail right off the gate. And so it needs to remain very low to be successful, in my opinion.