Republicans are introducing a long-awaited bill to legalize cannabis. We got an exclusive look at the 131-page bill to find 4 key details. - Read of Green 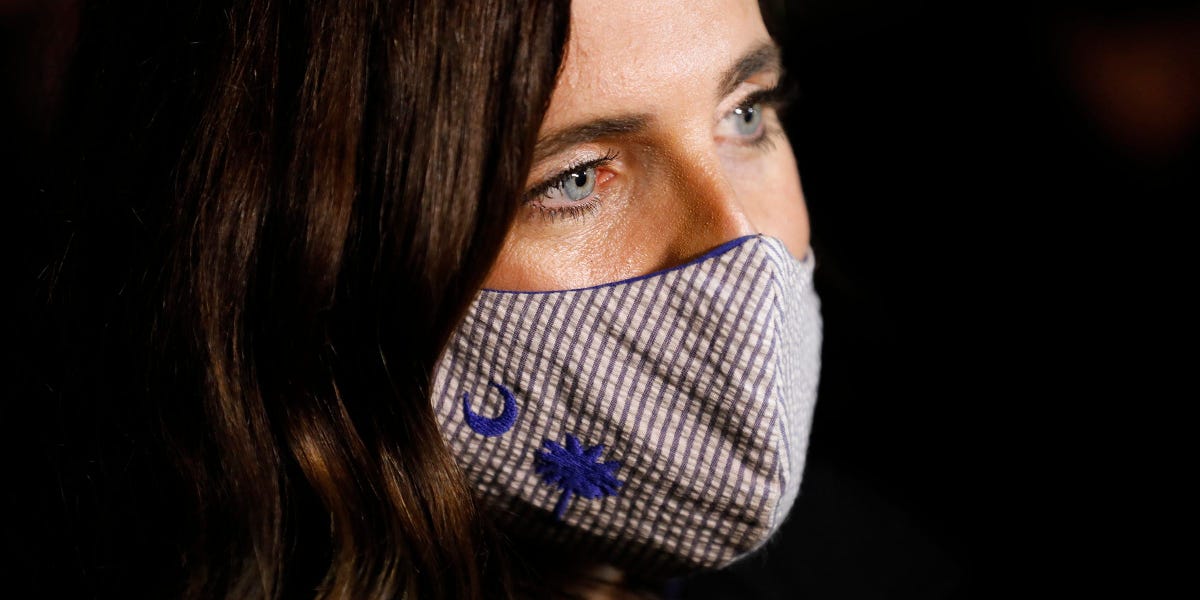 Cannabis reform is heating up on Capitol Hill, this time with Republicans leading the charge.

Rep. Nancy Mace, a freshman Republican from South Carolina, is set to introduce a bill that would federally decriminalize cannabis.

The bill, called the States Reform Act, proposes to regulate cannabis much like alcohol, and gives states lots of leeway into how they’d regulate the industry — they’d be able to opt-out of commercial sales entirely. The bill also would immediately allow for cannabis to cross state lines, if passed.

The bill would decriminalize cannabis federally by removing it from the Controlled Substances Act, set a minimum age of 21 for cannabis purchases, levy a 3% excise tax, and allow states to set their own policies around the commercialization of cannabis.

The bill’s co-sponsors include GOP Reps. Tom McClintock of California, Don Young of Alaska, Brian Mast of Florida, and Peter Meijer of Michigan.

“A lot of what government does, doesn’t make a lot of sense, and this isn’t difficult, this kind of bill,” Mace told Insider in an interview. “I think this brings a lot of common sense to the discussion and to legislating cannabis across the country.”

Mace’s bill is the latest in a growing number of proposed cannabis reforms legislation in Congress — including Republicans — underscoring how much the politics of cannabis legalization are shifting.

Last year, the Democratic-controlled House passed a sweeping cannabis reform bill called the Marijuana Opportunity Reinvestment and Expungement Act, but it was never taken up by the Senate.

In May, Rep. Dave Joyce, a Republican from Ohio, introduced a bill to deschedule cannabis, called the Common Sense Cannabis Reform for Veterans, Small Businesses and Medical Professionals Act.

Democrats’ proposals have included broader social equity and social justice-oriented reforms, and more taxes, than the bill Mace is introducing.

Her States Reform Act is unlikely to become law this Congress given Senate opposition to decriminalizing cannabis, even among some Democrats. But having members of both parties introduce major cannabis reform bills could set up a compromise under a future Congress that is more supportive of cannabis legalization.

“It is imperative that we transition toward an open, inclusive, and robust interstate market of cannabis products as soon as reasonably possible,” Rezwan Khan, president of the Global Alliance for Cannabis Commerce, which helped craft the bill, said.

For now, several lobbyists have told Insider that the best shot they have at reform this Congress is the SAFE Banking Act, a bill that would allow more banks to work with the cannabis industry.

The House has passed that bill multiple times, and it has support from both parties. Language from the SAFE Banking Act is set to be included in the National Defense Authorization Act, which the Senate is poised to take up — though it’s unclear if it will get stricken in from the final bill.

So far, no cannabis legislation has made it through the Senate. President Joe Biden and Vice President Kamala Harris campaigned on decriminalizing cannabis and expunging the records of those convicted under past cannabis laws, though they have not yet taken any concrete steps to do so.

Insider obtained an advance copy of the 131-page bill. Whether you are a cannabis investor, industry executive, advocate, or just an interested consumer, here are the four takeaways you need to know:

One of the key components of the bill is to make the regulation of cannabis look and feel like alcohol in the US. The bill would set 21 as the minimum age nationwide — excluding some medical products — for cannabis use.

The Treasury Department’s Tax and Trade Bureau would be the primary regulator of cannabis, as it is for alcohol. The Food and Drug Administration, which doesn’t have a large role in regulating alcohol, would only have jurisdiction over medical cannabis products.

The US Department of Agriculture would treat cannabis as an agricultural crop, much like hemp, or barley and hops.

Interstate commerce would be allowed under the bill, with a permit

If the bill passed, the secretary of the Treasury would craft the details around interstate commerce, and other regulations, and would be responsible for developing a track-and-trace system for interstate commerce to monitor cannabis products from production to sale.

Cannabis products in interstate commerce would be treated in the same way as alcohol. Those looking to participate would need a permit issued by the secretary and would have to abide by each state’s cannabis laws.

Thirty days after the bill is passed, individuals would be allowed to request permission to introduce a medical cannabis product for interstate commerce.

The States Reform Act would expunge nonviolent cannabis crimes, except for those related to driving under the influence or foreign drug cartels.

The bill would also ensure that the Small Business Administration treats cannabis companies as legal businesses. Under the bill, cannabis businesses would be allowed to apply for and receive loans, like any other business.

Unlike the Democratic-led Cannabis Administration and Opportunity Act, the States Reform Act wouldn’t focus tax revenue specifically on communities most impacted by the war on drugs.

The 3% tax is expected to bring in $4 billion in tax revenues over the next 10 years, according to a spokesperson for Mace’s office.

The 3% rate wouldn’t increase for 10 years once the bill is passed, unless a vote passes three-fourths in both the House and Senate.

Congress would be tasked with deciding how much of the total tax revenue will be deposited into the fund.

Here’s the full text of the bill: