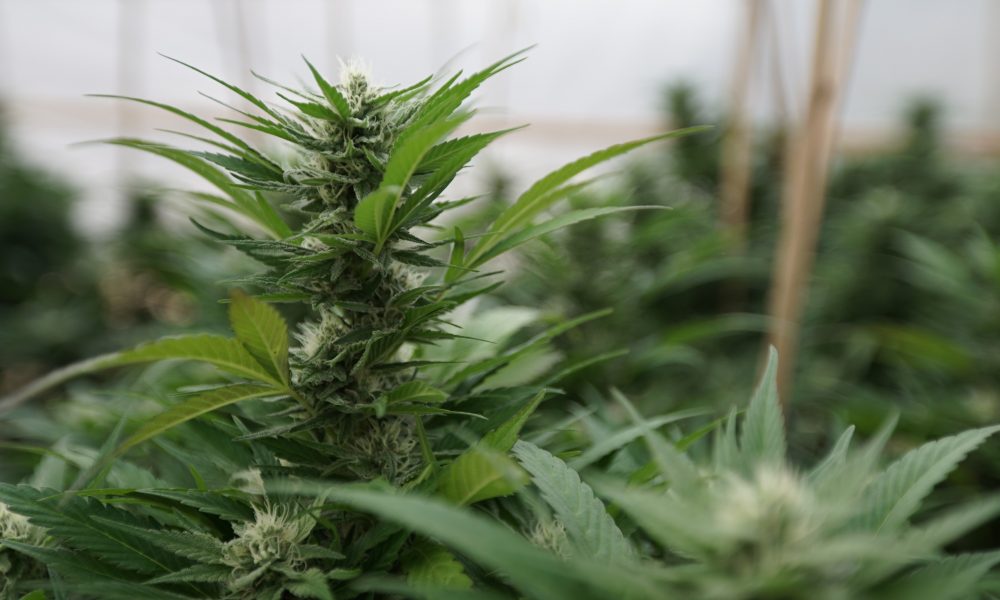 In a new report obtained by Marijuana Moment, the National Institute on Drug Abuse briefed the House and Senate Appropriations Committees about how cannabis’s restrictive Schedule I status can “impede critical research…or prevent scientists from pursuing such work.”

A Texas judge denied an initial request to block regulators’ ban on delta-8 THC derived from hemp. The case will get another hearing next month.

Nevada’s Assembly speaker pro tempore authored an op-ed touting the state’s success regulating marijuana in an “equitable and business friendly framework”—but says federal legalization is needed to “take this work to the next level.”

The Plant Medicine Coalition announced that it awarded about $50,000 in grants to support a variety of psychedelics projects—including one to address “abuse and predatory behaviors in plant medicine circles.”

A federal court will decide whether $166,000 in proceeds from medical cannabis sales in Missouri that was seized in transport in Kansas will be returned.

Rep. Dave Joyce (R-OH) tweeted, “Americans across a majority of states, both red and blue, have voted to enact sensible cannabis reforms. I encourage my colleagues to respect the will of their constituents and states’ rights, and begin to engage on those reforms at the federal level.”

Pennsylvania Gov. Tom Wolf (D) tweeted, “We’re working to legalize marijuana in Pennsylvania. In the meantime, we’re pardoning marijuana-related offenses as quickly as we can.” Separately, Democratic gubernatorial candidate Josh Shapiro, currently the state attorney general, tweeted, “It’s time to legalize marijuana. To regulate it, and tax it. But let me be clear: We must expunge the records of those who have served time for possessing small amounts of marijuana alongside legalization. That is the path to justice.”

Florida Democratic gubernatorial candidate Charlie Crist, currently a congressman, tweeted a video of himself discussing his support for marijuana legalization.

The Massachusetts Supreme Judicial Court agreed to hear a case on the validity of a local marijuana sales ban.

A Virginia judge defended his jailing of a woman who admitted that she smoked marijuana earlier in the day before testifying against her alleged domestic violence abuser.

Oregon’s Department of Agriculture is recruiting volunteers to serve as temporary commissioners on the new Oregon Hemp Commission.

Colorado regulators approved additional pesticides that can be used on cannabis.

Oakland, California regulators have referred some marijuana social equity licensees to the city’s collections department after they defaulted on loans.

India’s Union Ministry of Social Justice and Empowerment is recommending that drug possession be decriminalized.

Canada’s Embassy in Mexico tweeted, “Hemp seeds are known as a #superfood as it has a lot of benefits for your health. Hemp can help nurture your skin, control sugar levels, and uphold healthy cholesterol levels.”

The chief police constable in Cleveland, Yorkshire, England authored an op-ed calling for the end of the war on drugs.

A former Guernsey chief minister said it is time to legalize marijuana.

A study of more than 100 cannabis samples indicated that “Sativa- and Indica-labelled samples were genetically indistinct on a genome-wide scale.”

The Drug Policy Alliance is hiring for several positions, including a manager for “drug market and legal regulation reform strategy” and a coordinator of California drug decriminalization efforts.

The Tax Foundation criticized a Colorado ballot initiative to increase marijuana taxes and use the revenue to fund education programs.

Cresco Labs announced that its “Summer of Social Justice” initiative raised more than $250,000 for justice reform organizations and supported the expungement process for more than 1,000 people with marijuana-related criminal records.