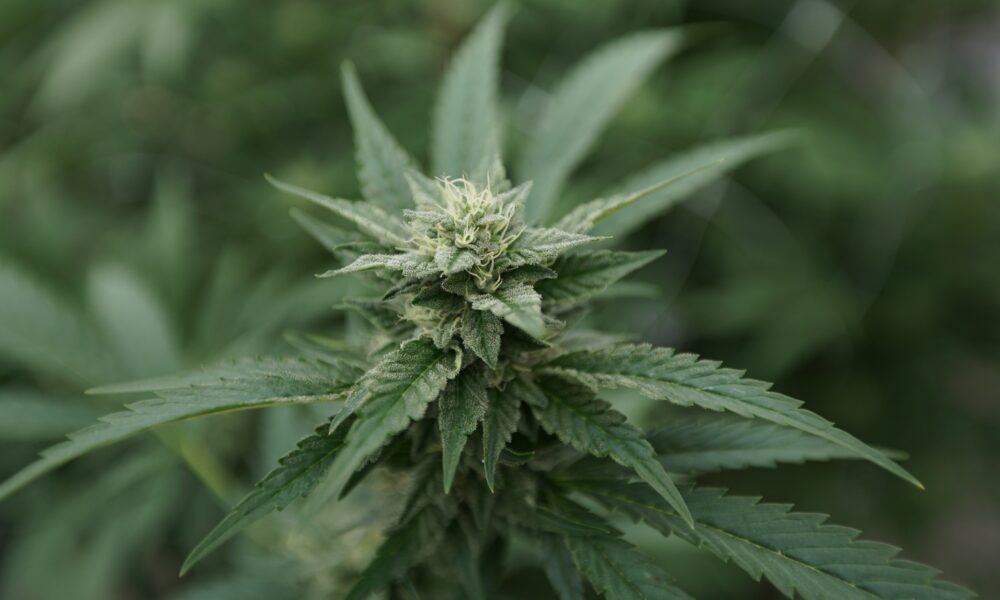 BREAKING: Journalism is often consumed for free, but costs money to produce! While this newsletter is proudly sent without cost to you, our ability to send it each day depends on the financial support of readers who can afford to give it. So if you’ve got a few dollars to spare each month and believe in the work we do, please consider joining us on Patreon today.
https://www.patreon.com/marijuanamoment

Sen. John Hickenlooper (D-CO) announced he is filing a bill that would direct the attorney general to form a commission to make recommendations on a regulatory system for legal marijuana that models alcohol rules.

A top New York marijuana regulator said the first recreational dispensary licenses could be approved at a meeting in about two weeks from now.

A new poll found that Arkansas adults oppose the marijuana legalization initiative on next week’s ballot, 59 percent to 41 percent.

Maryland’s marijuana legalization campaign launched a new ad aimed at boosting turnout by young voters who are likely to support the cannabis referendum on the ballot.

Sen. Bernie Sanders (I-VT) said President Joe Biden “made an important step forward” with his cannabis pardons but that “I happen to think that we should legalize marijuana in this country.”

Rep. French Hill (R-AR) tweeted, Other states have already shown that recreational marijuana preys upon young people, harms families and communities, and overburdens law enforcement. Let’s not allow the backers of Issue 4—who have raised more than $13M—to buy themselves a pot monopoly in AR! Vote NO!”

Rep. Bruce Westerman (R-AR) tweeted, “It takes a lot of special interests dough to sell Arkansans on weed. Just vote NO on Issue 4.”

The Colorado campaign supporting the psychedelics legalization initiative on next week’s ballot reported raising more than $5.5 million, including a $1 million contribution from the founder of the shoe company TOMS.

Questions are being raised about potential conflicts of interest by New York’s Social Equity Cannabis Investment Fund managers. Separately, the Dormitory Authority canceled a request for proposals to provide banking services for the fund.

Massachusetts officials extended the deadline for applications to serve on the Cannabis Social Equity Advisory Board.

Voters in several Michigan municipalities will decide on measures to ban or allow marijuana sales on their ballots next week.

Colombian President Gustavo Petro said it is time to “reexamine the failure of the last five decades” of the war on drugs.

The United Nations Office of the High Commissioner for Human Rights said the Philippine government needs to do more to investigate killings in the nation’s bloody “war on drugs.”

A study of cannabis-based medicinal products to treat emotionally unstable personality disorder found that they “were effective and well tolerated, as six participants reported a noticeable improvement in their symptoms and functioning.”

A study found that “psilocybin at a single dose of 25 mg, but not 10 mg, reduced depression scores significantly more than a 1-mg dose over a period of 3 weeks but was associated with adverse effects.”

The Republican National Committee tweeted about reports of marijuana allegedly being laced with fentanyl.

The American Dental Association is urging patients to refrain from using marijuana before dental visits after a survey found that more than half of dentists reported patients arriving for appointments under the influence of cannabis or another drug.

Several media and social media companies are facing a potential class action lawsuit over allegations that they facilitated a scam by cannabis investment platform JuicyFields.

Akerna reported that U.S. cannabis shoppers spent a total of $249.6 million on legal cannabis products during this year’s Halloween weekend.

The wife of American basketball player Brittney Griner, who was convicted of possessing cannabis vapes in Russia, discussed how she is dealing with the situation.

Actor John Slattery spoke about the growing prominence of marijuana and psychedelics, which he said “makes total sense to me.”