The 5 best cannabis stocks to bet on for 2022, according to Wall Street - Read of Green 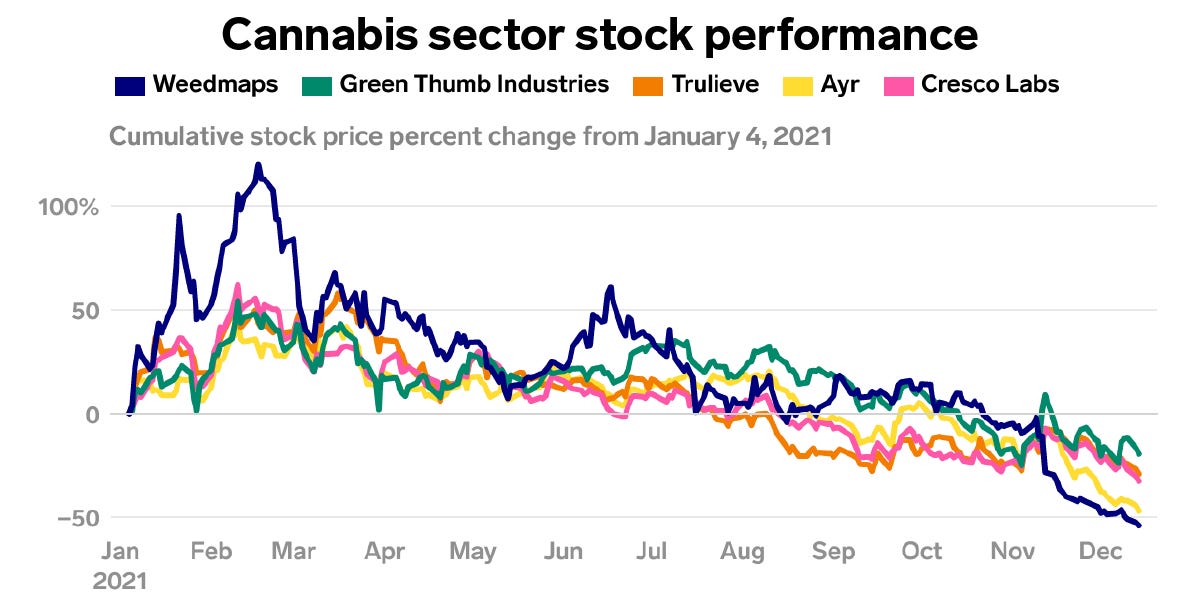 It’s been a rough ride for the cannabis industry this year, but there’s still plenty to be excited about for 2022.

A number of states, New York included, voted to legalize in 2021 — and others opened their doors to cannabis stores for the first time — but progress toward federal legalization has slowed, pushing stock prices down across the sector.

President Biden hasn’t followed through on his campaign promise to decriminalize marijuana, and lawmakers this month struck down an amendment that would allow cannabis companies to access the banking system.

Still, Wall Street analysts say that the cannabis industry has long-term promise. Both red and blue states around the US are weighing legalization measures, along with multiple countries around the globe. And lawmakers in both parties have proposed legislation to legalize cannabis. Nearly two-thirds of Americans say cannabis should be legal, according to a Gallup poll conducted in October.

Analysts from the investment bank Cowen predict that the cannabis industry will become a $100 billion market by 2030, putting it on par with the beer industry today.

Analysts are broadly focused on US cannabis companies, known as multistate operators or MSOs, versus their Canadian counterparts like Canopy Growth or Tilray. In the US, federal law prohibits institutional investors, like large pension funds, from investing in MSOs.

While federal legalization isn’t inevitable, banking legislation will come at some point in the next few years, Viridian Capital Advisors analyst Jon Decourcey said. When it does, institutional investors will buy in, driving up the prices of US cannabis stocks — meaning the time to get in is now, when the prices are low.

“At the end of the day, all these companies have huge growth opportunities and huge market expansion opportunities in the coming year,” Decourcey said.

Here are their top five picks to bet on next year: