The famed startup accelerator Y Combinator is wading into the $100 billion psychedelics industry. Here's how 3 psychedelics firms got into the program. - Read of Green 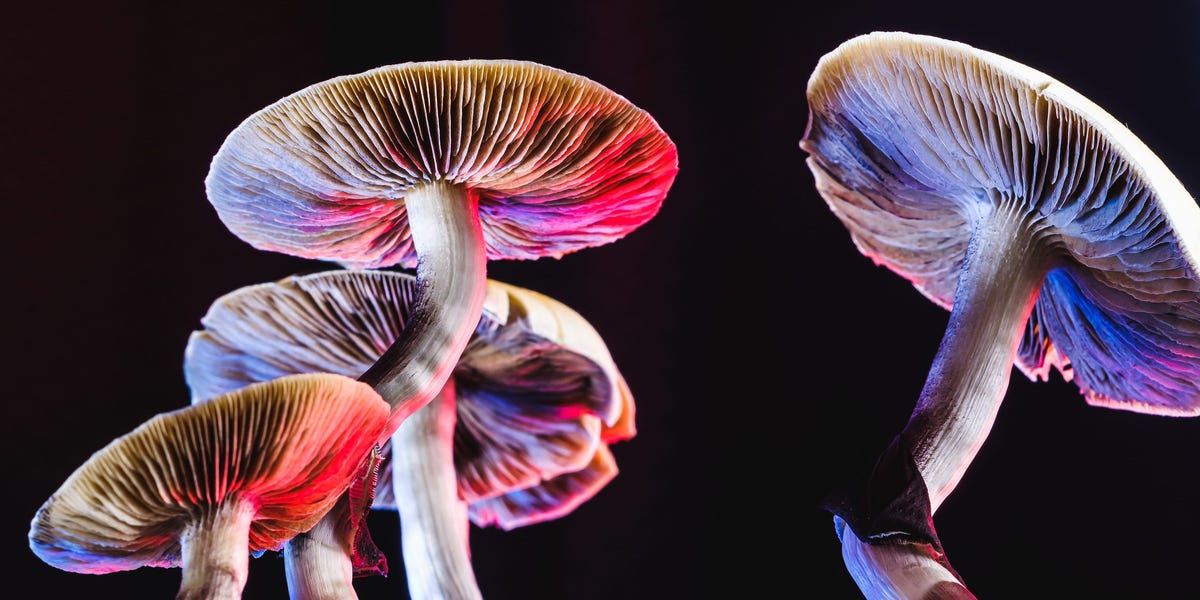 At least four psychedelics startups have captured the attention of Y Combinator, the startups-accelerator company known for its early investments into now-unicorn tech companies like Airbnb, DoorDash, and Dropbox.

Psychedelics are expected to become a $100 billion industry, according to analysts at the financial-services company Canaccord Genuity. Investors like Y Combinator — which has backed both biotech and tech startups in the space — are paying attention and beginning to invest the capital and training needed to position companies for success in a few years’ time.

A spokesperson for Y Combinator told Insider that the company’s funding strategy doesn’t focus on verticals or industries but rather on the teams of the startups themselves and the qualifications they have.

“It’s not that we have an interest in psychedelics; it’s that we liked the teams of those four companies,” she said, adding that the company has funded more than 3,000 companies so far across many industries.

Early-stage companies get training and advice from Y Combinator partners to build up their business ideas for three months, along with $125,000 in seed capital, and graduates have access to a large network of alumni who have extensive connections to some of the top investors in the world. Since 2005, the accelerator organization has been deploying capital to startup founders in exchange for a stake in the company. While there’s no fee to apply to the program, Y Combinator says it takes a 7% stake in its portfolio companies.

Insider reached out to the founders of the psychedelics startups Osmind, Mindstate Design Labs, and Gilgamesh Pharmaceuticals to ask about their respective experiences at Y Combinator, what they would have done differently, and the best advice they would give to others looking to join the ranks of the YC community. SSovereign, a “stealth psychedelics co” headed by the Synthesis Capital founder Colin Beattie, is also a Y Combinator alumnus.

Company executives told Insider that prospective applicants should be experts in the specific problem they’re looking to solve in their industry. They added that “demo day,” when startups pitch their businesses to investors through a one-minute presentation, is a key event that was a significant moment for their businesses.

Here’s what they did to get into Y Combinator and three key takeaways from the program:

Don’t bother with a pitch deck

The Osmind cofounder and CEO Lucia Huang said Y Combinator isn’t looking for a pitch deck the way a lot of other investors are.

Rather, Y Combinator is interested in learning about the market size, industry, and problem that founders are looking to tackle. Osmind is a part of Y Combinator’s 2020 summer cohort and is focused on software and tech to improve and assist in psychedelic treatments for patients. The company closed a $15 million Series A round in July.

She added that there’s also a big focus on the team and whether your specific team is composed of the top people in the world to work on the specific problem outlined.

Y Combinator says that over 10,000 companies apply to its programs every six months and it has an acceptance rate of 1.5 to 2%. Founders whom Insider talked to said that the application itself was quite straightforward and took only a few hours to complete.

Dillan DiNardo, cofounder and CEO of the summer 2021 cohort Mindstate Design Labs, said that he presented a unique approach to psychedelics-assisted therapy that other companies weren’t exploring at the time.

DiNardo said the company pitched itself as having the ability to select a particular state of mind that was therapeutic — such as when those who take MDMA experience the entactogenic state, a state of empathy— and design the drug that will produce that state of mind in order to help treat patients with mental-health disorders.

Mindstate Design Labs is a preclinical biotechnology company working to develop what it calls “the next generation of psychedelic-inspired therapeutics” through a platform that houses and predicts phenomenological and biochemical data on psychedelic compounds.

Demo day is an important event — whether virtual or in person

Jonathan Sporn, CEO and cofounder of the psychedelics biotech company Gilgamesh Pharmaceuticals, told Insider that at first it was “a question mark” whether Gilgamesh would fit in the Y Combinator network.

Sporn has an extensive background in neuroscience at companies like Pfizer and Perception Neuroscience (acquired by the psychedelics giant Atai Life Sciences in 2019). He and his team weren’t the 20-somethings who typically participated. Gilgamesh was a part of Y Combinator’s summer 2020 cohort.

But Sporn said he soon found the program pushed his team to focus on getting as much as it could get done within a three-month period before the demo day at the end of each program, when companies pitch their businesses to hundreds of investors. Gilgamesh is developing novel psychedelic compounds to treat conditions like

Though the demo day and entirety of the Y Combinator program was held virtually, Sporn said that the day after he presented his company, “200-odd investors” were approaching the company.

“I had trouble actually responding to that many people,” he said. He added that the company’s recent Series A round was also connected to the Y Combinator network. Gilgamesh raised $27 million earlier this year in a Series A round to advance its clinical programs.

“A sizable portion of what we’ve done so far in terms of fundraising has somehow come out of that connection to YC,” he said.

Being part of the YC community is helpful to them, even after graduating

Osmind’s Huang said that while her Y Combinator cohort was completely virtual because of the pandemic, the community of alumni and fellow graduates has been extremely helpful to her and her team.

group for alumni in which fellow founders ask questions and help one another out with problems their businesses are facing.

Huang said she still keeps in touch with her partner — those who help startup founders shape their businesses and strategies — at Y Combinator and still asks him questions about upcoming funding rounds, investor emails, and other operational questions.

“It’s helpful because those partners have seen literally thousands of companies,” she said.

Sporn added that going to Y Combinator is like going to a good business school, where fellow alumni can feel comfortable asking one another for advice on their businesses.