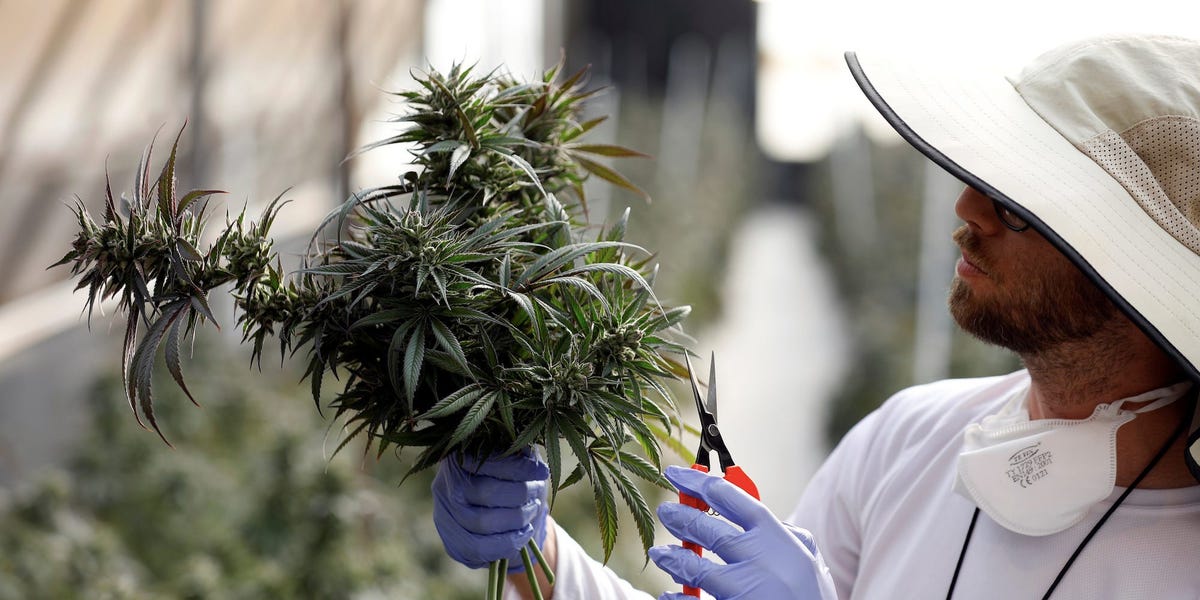 On Wednesday, TerrAscend, a cannabis company with operations in New Jersey and other states, said it would buy Gage Cannabis, which operates in the lucrative Michigan market, in a $545 million all-stock deal.

Canadian giants like Tilray and bigger US multistate operators or MSOs like Green Thumb Industries are all clamoring to expand their reach in the lucrative US cannabis market ahead of federal legalization. The industry is projected to reach $100 billion by 2030, according to analysts at the investment bank Cowen.

Analysts say the opportunity is now: MSOS, an actively managed exchange-traded fund of US cannabis stocks, has dropped over 40% since its high on February 10. The S&P 500 has gained more than 15% over the same time period.

It’s already happening. Since the beginning of the year, there have been 147 deals with a combined value of $5.5 billion, per data from the cannabis-focused advisory Viridian Capital. The volume and value of deals has been greater this year than in the last two years combined.

In May, Trulieve, one of the largest cannabis companies, said it was buying competitor Harvest Health & Recreation in a $2.1 billion transaction. In August, Tilray announced a transaction that would allow it to take a stake in MedMen, an MSO.

Jason Wild, TerrAscend’s executive chairman and the president of JW Asset Management, a cannabis-focused investment fund, said in an interview that he expects to announce at least one more deal before the end of the year.

The pullback is a buying opportunity for cannabis giants

Jefferies analyst Owen Bennett said the broader drop in cannabis stocks is a positive for large firms looking to buy smaller companies at “great prices,” since the pullback was driven by a lack of action on cannabis reform at the federal level and not changes in companies’ business performance.

Most US cannabis companies posted strong sales growth over the last quarter, he said.

“For this reason, we think M&A for smaller assets will increase in the next 6 months,” Bennett wrote in a Wednesday note.

Jon Decourcey, an analyst at Viridian, outlined seven potential targets in a Wednesday note. He said that smaller cannabis companies with operations in attractive markets like California are at the top of the list.

These companies include Lowell Farms, Harborside, Next Green Wave, Vibe Growth Corp., and Glasshouse Group. Glasshouse went public through a

Decourcey said smaller MSOs, or companies that produce or sell cannabis in multiple states, like Goodness Growth Holdings and Cansortium could become attractive targets as well.

He said that bigger US cannabis companies like Curaleaf and Green Thumb Industries, along with their Canadian counterparts like Tilray and Canopy Growth, will need to pursue deals to continue to excite investors and keep up with their competitors — and they have cash on their balance sheet to do so.