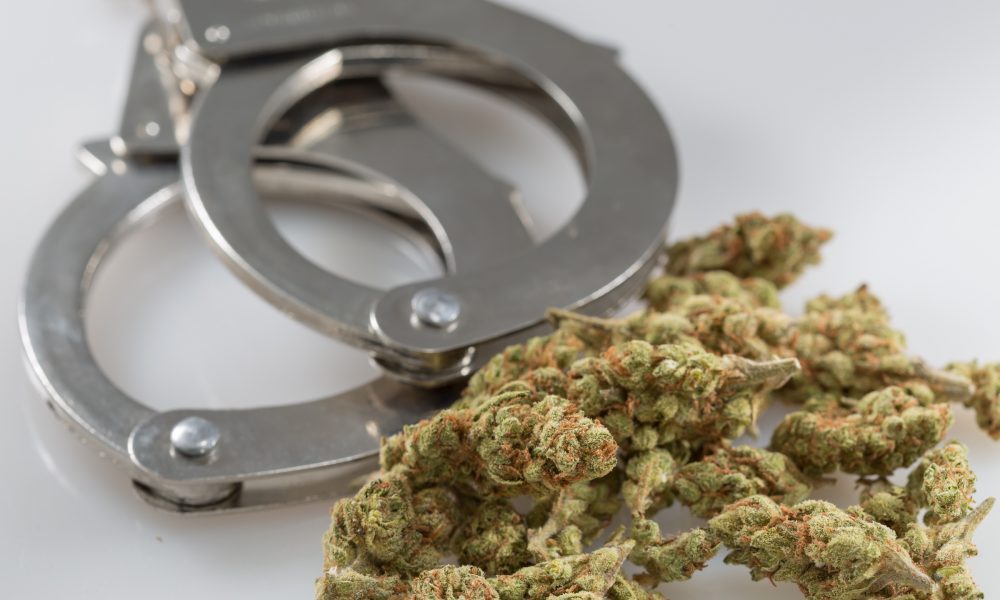 Drug criminalization has “created a structurally racist system” in which Black people are treated “worse” than others, the head of a top federal drug agency says.

National Institute on Drug Abuse (NIDA) Director Nora Volkow has frequently commented on the need to take a public health approach to substance misuse rather than strict criminalization and has openly addressed racial disparities in drug enforcement. But in a recent interview, she put the issue in especially stark terms.

Part of the reason that Volkow took the job as NIDA director was because she “wanted to address the ways that our society and health care systems neglect addiction and to work to change the criminalization of people who take drugs,” she told NIH Medline Plus Magazine.

“Research shows that when people end up in jail or prison, they have a much higher chance of overdosing, dying, or relapsing,” she said. “Criminalizing people who use drugs has created a structurally racist system that allows us to treat certain people, particularly Black Americans, worse than others.”

The explicit admission has caught the attention of reform advocates and drug policy journalists like Zachary Siegel, who runs the Substack newsletter “Substance.” Volkow “says straight up that drug criminalization is a structurally racist system that results in the direct harm of drug users,” he said.

“Research shows” is scientist speak for: this is the real

The federal drug official also said in the interview that there are “health disparities in all areas of health, especially around substance use.”

“What’s unique to addiction is how it relates to criminalization,” she said. “Being in jail or prison interferes with physical and emotional health, makes it hard to get a job, disrupts families, and destroys self-confidence. We’re trying to tackle these issues at NIDA.”

Similarly, officials with the museum run by the Drug Enforcement Administration acknowledged recently that “racial, ethnic and class prejudice” led to drug criminalization and the agency’s own founding.

“What had been a medical condition became deviant or criminal,” one official said. “This shift led to a wave of laws against heroin, marijuana and cocaine.”

Volkow, for her part, talked about the relationship between racial prejudice and drug criminalization last year, saying the U.S. is “currently reckoning with a long history of discriminatory and racist policies, many of which still continue today.”

“The War on Drugs was no exception, and by incarcerating Black people at disproportionately high rates, it has had radiating effects into health, economic security and mobility, education, housing, families—areas intrinsically connected with the well-being and success of so many Black and other people of color,” she said.

Meet Dr. Nora Volkow, @NIDAnews director. As a research psychiatrist, she studies how substance abuse & addiction affect the brain. Read NIH @MedlinePlus Magazine to learn about why she pursued this career & about her passion for addiction policy reform. https://t.co/vZqDFWnUuh

Criminalization also goes hand-in-hand with stigma, Volkow said in the latest interview, which “seeps in at every level, affecting individual and community suffering, the health care system, and health insurance coverage.”

“Individuals, families, and communities internalize stigma around substance use. It is something that everyone is ashamed to talk about, and that gets in the way of people getting the help they need,” she said. “This has created a health care system that doesn’t provide the resources to treat addiction and insurance companies that won’t pay for effective treatments.”

As part of NIDA’s efforts to mitigate stigma in drug policy and treatment, the agency is changing its name from the National Institute on Drug Abuse to the National Institute on Drug Addiction. Volkow said that we use language “to build shared realities and to build identities,” and so it’s important to avoid associating drugs with a moral negative (i.e. “abuse”) and embracing the health aspects of substance use disorders.

The change was part of recently adopted congressional legislation that similarly amends the names of other federal agencies and programs to be less stigmatizing.

Want to learn more about Dr. Nora Volkow of @NIDAnews? NIH @MedlinePlus Magazine sat down with Dr. Volkow to learn about her career, her love of the brain, and her interest in addiction policy. https://t.co/6tUnb4wQpC https://t.co/DfhxpHZ48Z

Volkow was also asked about the path forward in addressing the overdose crisis, and she acknowledged that the problem “is not going to go away by itself” and “requires a multi-pronged, tailored approach to interventions that’s targeted at different stages.”

That includes public education about overdose risks from drugs like fentanyl, as well as providing treatment interventions and wider access to the overdose reversal medicine naloxone.

“Addiction is treatable, but we need to treat it as a chronic condition,” Volkow said. “It causes long-term changes to the brain that are compounded by changes in behavior. These changes don’t reverse when you stop taking drugs.”

“The people who are the most vulnerable can be those who are socially deprived, and it’s narrow-minded to believe that people take drugs because they choose to. For example, you see people experiencing homelessness with high rates of smoking and alcohol use and with high overdose rates. These individuals don’t have anything else, and many of them take drugs as a way to escape, to feel better, because they have no other options. And many are struggling with other mental illnesses.”

“Instead of stigmatizing people by saying that this behavior is a choice, we need to ask what we can do to provide alternative behaviors, resources, and support so that everyone has actual choices,” she said.

Over the summer, Volkow said in a blog post that there’s an urgent need to reshape addiction treatment, specifically by putting more resources towards identifying “pre-addiction” to get people help before the disease.

But “rebranding” addiction on its own isn’t going to fix one of the core problems keeping people from seeking treatment. There’s still stigma and fear among people going through substance misuse disorders about being transparent with their struggles—and that’s largely due to the fact that personal drug use is widely criminalized.

In a separate essay last year, the health official reiterated that the current federal drug policy leads to disproportionate enforcement against communities of color and can actually increase the risk of overdose deaths. She stopped short of explicitly endorsing decriminalization, but signaled that it was time for that kind of an approach to effectively combat addiction and overdoses.

Meanwhile, NIDA recently announced that it is soliciting proposals for a contractor to grow, harvest and analyze millions of grams of marijuana for research purposes.

NIDA previewed some details about the proposal in July after releasing an initial “sources sought” notice this year, but it just started accepting bids on September 14. Interested parties have until October 28 submit their completed proposals.

Scientists have repeatedly said that the Schedule I status of marijuana under the Controlled Substances Act (CSA) is unduly prohibitive, discouraging researchers from taking on cannabis studies. Even Volkow said that she’s personally reluctant to go through the onerous process of getting approval to study Schedule I drugs like marijuana.

NIDA also announced in June that it plans to provide $1.5 million in funding to support researchers who can develop a medical marijuana registry to track everything from how patients are obtaining and consuming cannabis to their health outcomes.

The agency has further expressed interest in funding studies on differing cannabis regulatory models that are in place in states across the country.

In January, Volkow discussed recent survey data and said that people are going to keep using psychedelics like psilocybin—especially as the reform movement expands and there’s increased attention being drawn to the potential therapeutic benefits—and so researchers and regulators will need to keep up.

Also that month, the director participated in a panel hosted by a prohibitionist group and sponsored by D.A.R.E.—and she reiterated that data shows youth marijuana use has remained stable “despite the legalization in many states.”

She said the same at a Senate hearing in March, much to the surprise of a GOP senator who said he expected otherwise based on alcohol-related trends.

Last November, Volkow also said that she’s yet to see evidence that occasional marijuana use by adults is harmful.