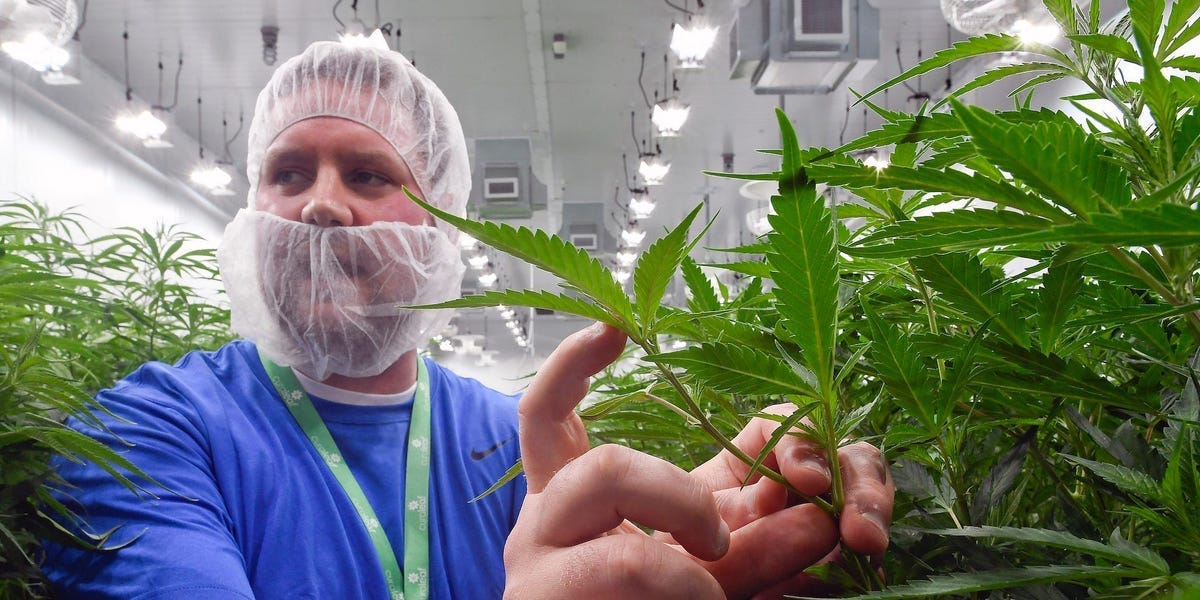 I’m typing away ahead of a week of vacation in Italy. It’s my first time here, so get in touch if you have recommendations — or don’t because I probably won’t be checking my phone or email too much.

On that note, it was another whirlwind week in the cannabis world, with tons of companies reporting financial results and deals galore.

The quick highlights: Eaze is getting into Colorado and Florida by acquiring Green Dragon, a chain of dispensaries. We got the scoop on the deal and the company’s plans to raise $75 million.

Shortly after we put up a fiery interview with Green Thumb Industries CEO Ben Kovler, Tilray made a push into the US by buying up a chunk of MedMen’s debt.

Kovler said it’s misleading when Canadian cannabis execs tout their US ambitions since they can’t actually sell cannabis in the US.

I won’t spoil the story here, but Tilray CEO Irwin Simon pushed back on Kovler’s comments in an interview. Tilray’s deal is a convoluted one — and it’ll take a lot of regulatory changes for Tilray to actually take a majority stake in MedMen.

Other US cannabis execs told us they’re not worried about their Canadian rivals, though some did signal that interest in US cannabis can, in a way, benefit everyone involved.

Last but not least, take a look at our second list of the top dealmakers in the cannabis industry.

Rivers released a statement denying any wrongdoing on her or Trulieve’s part and added that the company’s board is in full support of her leadership.

You’ll all be in good hands with Yeji next week!

The CEO of a top US cannabis company unloads on his Canadian rivals: ‘Dissuading, misleading, and lying to investors’

Green Thumb CEO Ben Kovler isn’t scared of his Canadian rivals’ plans to jump into the US. Canadian companies like Tilray and Canopy Growth have made their US ambitions clear in recent weeks.

Eaze has pivoted from a delivery company to one that also sells and operates cannabis stores. With the acquisition, Eaze is pitching itself to investors as a multistate operator like Curaleaf or Trulieve.

Canadian cannabis giant Tilray made a deal with MedMen to gain a foothold in the US. Tilray is buying some of MedMen’s debt, which would turn into equity once the US legalizes cannabis.

Wall Street is making a killing on cannabis. Here are the top bankers raising money, cutting deals, and raking in millions.

Wall Street banks have pulled in over $577 million in fees from cannabis deals since 2017. Canaccord Genuity, a midsize investment bank in Canada, leads the pack, while Goldman Sachs is a distant second.

Dan Ahrens, the manager of a $900 million US cannabis ETF says Verano Holdings is an underloved US cannabis stock. The company, which went public earlier this year, trades at a discount to its peers. Ahrens lays out why it might be a good time to get in.

Canadian cannabis companies have declared they’re coming for the US, but their American counterparts say they’re not worried

Canadian cannabis giants are bullish on the US market, so they’re making deals that could give them an edge.

But the CEOs of the largest US cannabis companies told Insider they’re far from worried.

Chart of the week

The CBD market is expected to keep growing, according to data from Brightfield Group. Edibles and drinks categories are expected to have a compound annual growth rate of 51% over the past five years: