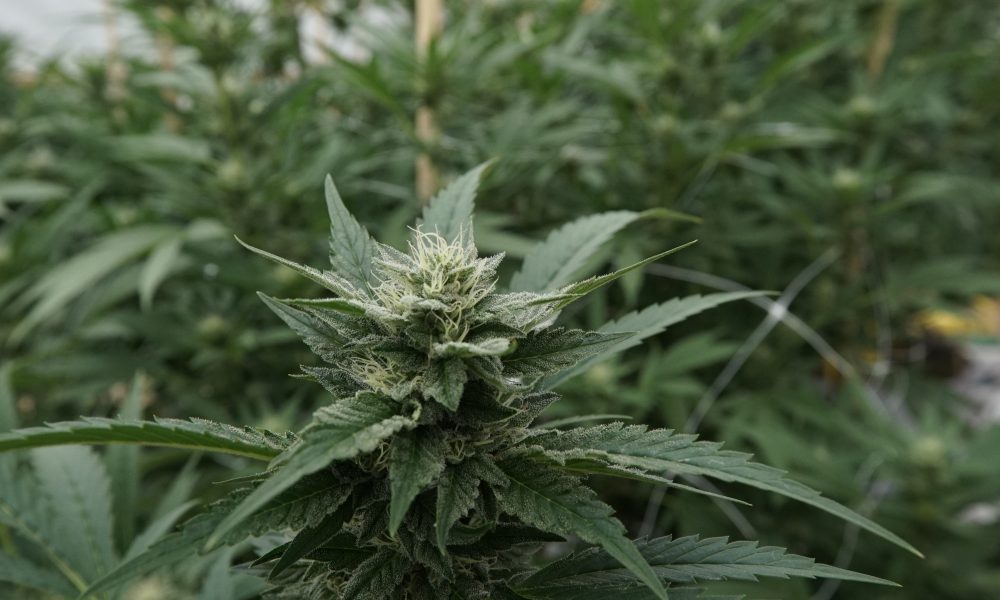 Visa issued a warning about “cashless ATMs”—a workaround that some marijuana businesses use to accept credit or debit cards for purchases.

Rhode Island’s House speaker says a final marijuana legalization bill will be ready for passage early in 2022, as negotiators have just one major issue left to resolve.

A New York senator filed a bill that would allow marijuana businesses to deduct expenses from their state tax returns that are not allowed under the federal 280E provision.

The Arizona Department of Revenue reports that recreational marijuana sales hit a record monthly high in October. Adult-use sales are still smaller than medical cannabis sales, but they are catching up.

A former Drug Enforcement Administration special agent was sentenced to more than 12 years in prison after pleading guilty to participating in a conspiracy that used money seized in undercover drug operations to buy jewelry, cars and property.

The U.S. Department of Agriculture’s Foreign Ag Service is hosting an event on  market opportunities and regulations for industrial hemp in Japan on Monday.

The House Oversight Subcommittee on Civil Rights and Civil Liberties held a hearing on law enforcement asset forfeiture practices in marijuana, drug and other criminal cases.

Reps.  Marjorie Taylor Greene (R-GA) and Louie Gohmert (R-TX) said a Washington, D.C. jail “reeked of marijuana and other substances which were not readily classified” when they toured the facility.

Rep. Earl Blumenauer (D-OR) tweeted about Portland, Oregon’s move to give relief to cannabis businesses, saying, “An important part of our local economy has been hit hard, and this is a good step from the city to help. Because of outmoded and unrealistic federal policies, people have not been eligible for other support. Passing the #SAFEBanking Act is the next step the fed gov’t should take.”

Rep. Dwight Evans (D-PA) tweeted, “Congrats to the cannabis dispensary workers of Curaleaf in Passyunk for voting to form a union with @UFCWLocal1776 today!” He also tweeted, “Congratulations to these Philly #cannabis workers, who will now be members of @UFCWLocal1776. I proudly voted for the #PROAct to help more workers organize, and I urge the Senate to join the House in passing it!”

Rep. Mondaire Jones (D-NY) tweeted, “For decades, unjust marijuana laws have been exploited to criminalize and incarcerate people of color.”

Kentucky Democratic congressional candidate William Compton tweeted, “According to the tax foundation, Kentucky has the potential to bring in $83,008,154 in taxes alone from recreational marijuana. That’s over $83 million that could be used to fund public schools, used to help our rural communities, or more.”

The House bill to legalize medical cannabis for military veterans got one new cosponsor for a total of 16.

Oregon Gov. Kate Brown (D) announced that a special session beginning this week will include consideration of funding to address illegal marijuana cultivation.

A spokesperson for North Dakota Gov. Doug Burgum (R) said the number of people applying to have marijuana convictions pardoned has “slowed to a dwindle.”

Illinois’s lieutenant governor tweeted, “If you’re an organization looking to heal your community impacted by mass incarceration and the war on drugs, look into @ICJIA_Illinois’s #R3 grant program.”

Ohio’s House speaker said he thinks there will be “significant opposition”to marijuana legalization bills in the 2022 session, but that there will also be “some significant support in some corners.”

The Texas Supreme Court rejected regulators’ motion to remove an injunction on their ban on delta-8 THC.

Massachusetts regulators published a research article on equity and diversity in the marijuana industry.

New York regulators will discuss medical cannabis and hemp issues on Thursday. Separately, the director of the Office of Cannabis Management spoke about efforts to implement legalization and expunge records.

Denver, Colorado officials are publicizing a holiday party being hosted by the Black Cannabis Equity Initiative on Monday.

Thailand’s ministry of public health is pushing to remove further restrictions on cannabis.

The United Nations Commission on Narcotic Drugs blocked the chair of the UN Working Group on Arbitrary Detention from presenting a report on abuses in the war on drugs.

New Zealand’s government is moving to effectively phase out legal cigarette smoking by instituting a plan to raise the age of purchase each year.

The chairman of the Malta Parliament’s Petitions Committee rejected an opposition party request for an urgent hearing on concerns about the government’s marijuana bill.

A review concluded that “therapeutic potential of cannabinoids as anti-inflammatory compounds is hypothesized for the treatment of COVID-19.”

A study of children with autism spectrum disorder found that “Cannabis-Responsive biomarkers shift toward the [typically developing] mean after [medical cannabis] treatment and can potentially quantify benefit at the metabolic level.”

The Association of Cannabinoid Specialists sent a letter urging Attorney General Merrick Garland to remove marijuana from Schedule I.

The American Judges Association and other organizations are hosting a cannabis symposium in May.

PharmaCann is being sued by a former employee who says he was fired in retaliation for raising concerns about moldy cannabis plants.

Marijuana products produced by Green Thumb Industries, Verano Holdings, PharmaCann, Ascend Wellness Holdings and Acreage Holdings and sold in Illinois were found to have two or more microbiological contaminants at levels above state limits in an independent investigation.