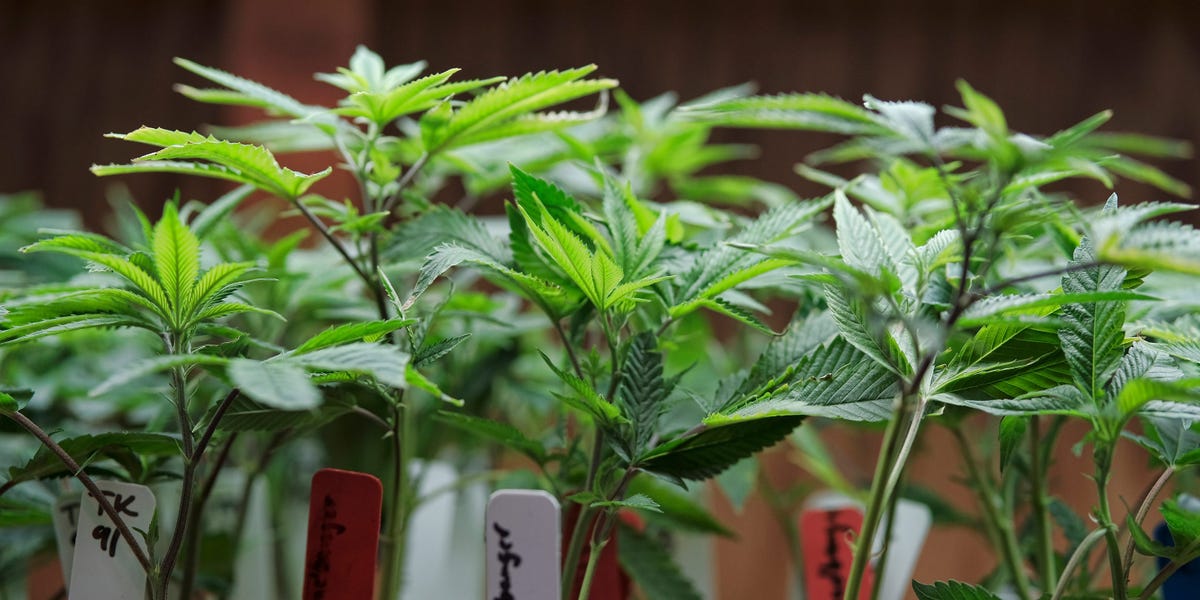 The announcement is the latest volley in Amazon’s ongoing efforts to spur federal cannabis legalization in the United States, following an announcement back in June that it would no longer pre-screen employees for cannabis use.

Amazon has already spent at least $5 million lobbying on cannabis legalization and other issues from April to June of this year, Insider’s Kimberly Leonard and Jeremy Berke previously reported.

So, why is Amazon so interested in legalizing weed in the US?

At least part of the answer has to do with the Amazon warehouses, known as fulfillment centers, that employ the vast majority of Amazon’s hourly workforce.

Amazon is running out of workers to hire

In its announcement on Tuesday, Amazon senior VP of human resources Beth Galetti directly attributed the company’s interest in cannabis legalization to hiring: “Eliminating pre-employment testing for cannabis allows us to expand our applicant pool,” she said.

Hourly employees had a turnover rate of about 150% every year, data reviewed by The Times indicated.

Of the over 350,000 workers Amazon hired between July and October 2020, many stayed with the company “just days or weeks,” the report said.

The problem is reportedly big enough that some Amazon execs worried they would run out of hirable Americans.

Relaxing marijuana testing is just one way Amazon has attempted to appeal to potential workers — and other corporations could soon follow suit.

“The fact that Amazon, one of the world’s leading companies, is moving forward with this stance will certainly put pressure on all major employers who are taking a slower approach,” J. Smoke Wallin, CEO of hemp manufacturing company Vertical Wellness, told Insider.

Public opinion around weed is changing

As many corporations faced labor shortages this summer, Amazon announced plans to raise pay for some workers and pay for college educations to recruit employees.

Appealing to marijuana users could lead to a wider pool of job applicants. Marijuana use among US workers increased by 16% between 2014 and 2019, according to a study by Quest Diagnostics.

Legal marijuana use has risen as more states and municipalities decriminalize cannabis use. Marijuana sales skyrocketed in 2020, increasing 46% year-over-year to a record $17.5 billion.

Though the tight labor market could explain why Amazon is currently fighting for marijuana legalization, many other corporations have relaxed drug testing due to shifts in public opinion around weed, said Paul Armentano, the deputy director of the NORML Foundation. NORML is a non-profit dedicated to educating the public about marijuana policy.

Drug screening has been declining in popularity for since the late 1990s, Armentano said. Off-the-job marijuana use has not led to increased workplace injuries, according to a 2020 report in the peer-reviewed journal Substance Use & Misuse.

“It is time for workplace policies to adapt to this new reality and to cease punishing employees for activities they engage in during their off-hours that pose no workplace safety threat,” Armentano said in a statement.