Ms. Pat Opens Up About Her New BET+ Series, 'The Ms. Pat Show' - Read of Green 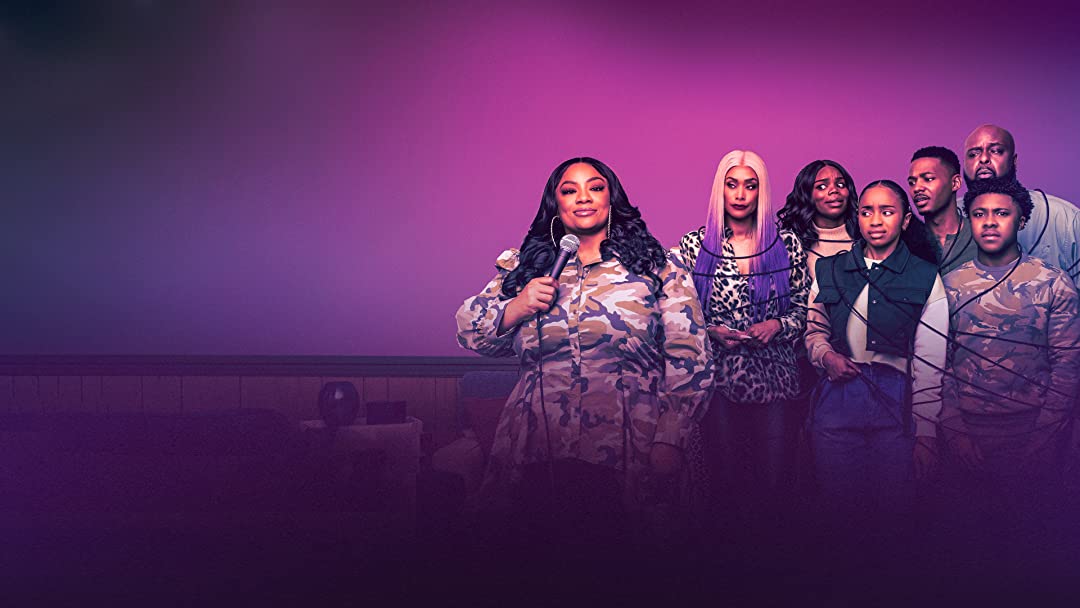 Ms. Pat is one of the best comedians around. She could read the phonebook and make it funny. Born and raised in Atlanta, Georgia, next year marks Ms. Pat’s 20th anniversary in standup. In recent years, she’s published a memoir, Rabbit: The Autobiography of Ms. Pat, and most recently, just sold a one-hour special to Netflix.

As for right now, Ms. Pat is touring and starring in the BET+ series The Ms. Pat Show, which she co-created and stars in as herself. The family comedy is as honest and as funny as Ms. Pat’s material, which can tackle every subject under the sun without ever sugarcoating it. She can turn pain, or anything, for that matter, into comedy gold.

For Ms. Pat and the audience, it’s catharsis with laughs.

You spent years developing the show. The end result is not watered down, either, but what was the process like of actually making The Ms. Pat Show an actual Ms. Pat Show?

Trying to keep them from watering it down. Fighting like hell. It took five years to get it made, and all of the ups and downs trying to find writers, trying to find the right network, and we finally landed at Hulu, which shot the pilot, and then they ended up dropping it.

And then we ended up at BET+, which I didn’t even know BET had a plus, but I was just happy somebody picked us up. It’s a new streaming service. It was 18 months old at the time when we came over. When we got there, what I liked about being there is that they got it. They gave us a little bit more freedom because they understood what we were trying to do. So, once they gave us that freedom, then they took some stuff back, too. They pulled back a little bit, too, but we were able to get as close as we could to what we wanted. The end product is what the world got to see.

It’s predictable, but it’s just odd to me why anybody would want to make the show without giving you the freedom you have on stage.

You know what, that’s what took so long because this show could’ve come out four years ago. I was like, “No, that’s not me. That’s not what I want to put out.” I knew what I wanted to put out, but I had never written a screenplay, so when you’re dealing with writers who don’t get you, I think it’s really hard to create a show for somebody. This is not just your ideas. You have to really connect with the person who you’re trying to write the show for. Picking a writer is very important, and listening to the person who the show is about. So I went through a few writers that wouldn’t listen.

It’s more dialogue in other people’s mouths. When you’re a comic, all of it comes out of your mouth alone, and you’re doing it for TV now, it’s about everyone together. With the cast, it is just trying to bring everybody to life, because you can just focus on one character, and you’d be like, “Oh my God, I didn’t give this character here any dialogue.”

So, that was a big challenge for me because we kept leaving [the character] Junebug out, and we would get to the story and be like… the youngest kid is like, “You don’t have any dialogue,” or, “You don’t have enough dialogue.” So that was a big challenge, just trying to have the conversation feel real, just like a family. Everybody, they would always leave Junebug out for some reason.

On stage, you get to play around and go off script, but did you get to do that with the show?

Yeah. Since you watched every episode, you know when Janelle is sitting in the kitchen, there was an ad lib. “Wi-fi nigger,” was an ad lib. When I go out the door and I say, “Wi-fi nigger,” that was an ad lib [Laughs]. When I’m in the kitchen, and my daughter’s eating the cake, and I dig in her mouth and take the cake, that was an ad lib. We had quite a few. I didn’t want to do them because sometimes they can come off so huge and bigger than what’s on the paper, but we did have quite a few. I like to ad lib, but since it was the first season, I really tried to restrain myself.

As you say on the show, are West Coast crowds usually the worst to perform for?

Yes, because they get to see famous people all the time. So it’s totally different from the South. Kids will come out here and laugh. They’ve got their Hennessy, their chicken wings. They’ve done got their hair pressed, their clothes out the cleaners. They come to have a good time. The people in LA, they Botox, they eat apples. They sit up in the chair like they’re at a private school, and ain’t nobody told them to speak. They just look at you like, “Oh my God.”

[Laughs] How often do you perform in LA?

Shocking, but cathartic, too, right? The way you joke about painful experiences, I think, can make people more accepting of their own pain.

When did you start to get that personal as a comedian?

Well, when I started to get real personal in my career and not caring, not allowing the audience to control what I do to please them, and I started to please myself, it was a healing mechanism for me. Because, you know, when you’ve been abused and stuff like that, a lot of time, people don’t speak out loud; they just hold stuff in, and they’re angry.

Well, when I became a comedian and I started to talk about it onstage, it also made me unique, but it was also getting stuff off of my chest. I’m just telling my girlfriends, all my girlfriends, my business, no different from you at home or  a woman at home visiting on the phone with her girlfriend.

What was your material like the first few years you did stand up?

[Laughs] Any funny material there, though?

Hell no. I mean, I thought I was hilarious. I look back, I’m like, “Ooh, I was horrible.” And just doing whatever you see everybody else doing. That’s what I was doing. I’ll tell you the truest thing ever said: “About 10 years in, you’ll find your voice.” And that is real, if you stick with it.

About 10 years in, I started to develop a voice for myself, nine or 10 years. I started to really understand what a beginning and an ending was, how to write a joke, just how to control the crowd, and be more confident. And once you get those things down pat, hey, sky’s the limit, if you ask me.

Unlike the West Coast, where do you enjoy performing the most?

I’m from Atlanta, so of course I love home. I really like Arizona and DC. Yeah, DC man. I love DC.

Oh great. Man, they come out to laugh. I love DC. What is another spot that I work? You know, I’m going to say it because you’re going to think I’m crazy: Vermont.

Vermont. Those people up there, they’re in their own little world. There’s no fast food; everything picked is fresh, and grandma cooks it. It’s like Little House on the Prairie. I love going to Vermont.

I think there’s definitely a different sense of humor, as far as crowds go, on the East Coast than the West Coast.

It’s horrible. It’s fake. “My mother doesn’t make my bed.” I mean, they’ll be onstage, and they have no clue what life is about.

Was the episode in The Ms. Pat Show about not connecting with a local comedy club owner real?

That’s so true. It was Morty’s Comedy Joint. I moved here from Indiana, and the owner was the manager or co-owner. He was a Black guy. I just think he hated Black women. He did not like me. So I tried to do everything to get in, and he literally sat me down one day. He said, “My 7 o’clock crowd will never like you.” I don’t mind being the underdog. And I said, “When I get through with you, your bitch ass, we’re going to see.”

Then Sheryl Underwood came in and was like, “He’s so stupid. He should put this girl in. She’s so funny.” And he didn’t put me up then, but D. L. Hughley came around. D. L. Hughley was late one day after the snowstorm coming from Chicago, and it was packed. And he was like, “Can you go up and do about 15, 20 minutes?” I destroyed that bitch. I ended up getting my own night called Bust a Gut Tuesday with Ms. Pat and on Thursday night at 10 o’clock, and it was packed. Well, it was packed with all Purdue white students. He couldn’t believe it.

Where do you perform locally the most now?

Helium. That’s it, Helium. That’s all we have is Helium. I just need one club, and when I’m home, I don’t go anywhere else now. Like, I’m heading home now, so I just stay in the house, and I’m back on the road all the time.

Earlier, you talked about your time dealing. Did you ever sell cannabis?

A little bit. When I was dealing drugs, nobody smoked pot; everybody wanted crack. Pot wasn’t my thing. The best money was crack. Crack was loose.

Was it also just not very valuable?

It was valuable for young college students, so it was very popular for them, but it was way better to sell crack to grown people. Me, I don’t do drugs. I mean, I grew up in a household with people on drugs and alcohol. I don’t even smoke cigarettes, but I love me some crispy fish filet.

[Laughs] What do you hope to do with Season Two of the show?

I want to tackle the tough topics like abuse and not water it down, molestation, and not water it down, not put a bow on it, for real. I want you to feel it. We were going to do it this year, but I removed it out of the series. Just have real issues. I mean, talk about real things. I’m actually writing an episode now and getting it together about, why do Black people vote Democrat? They have a conversation about that in the household.

Some good jokes there, I imagine, too.

Oh, you’re going to get some good jokes.