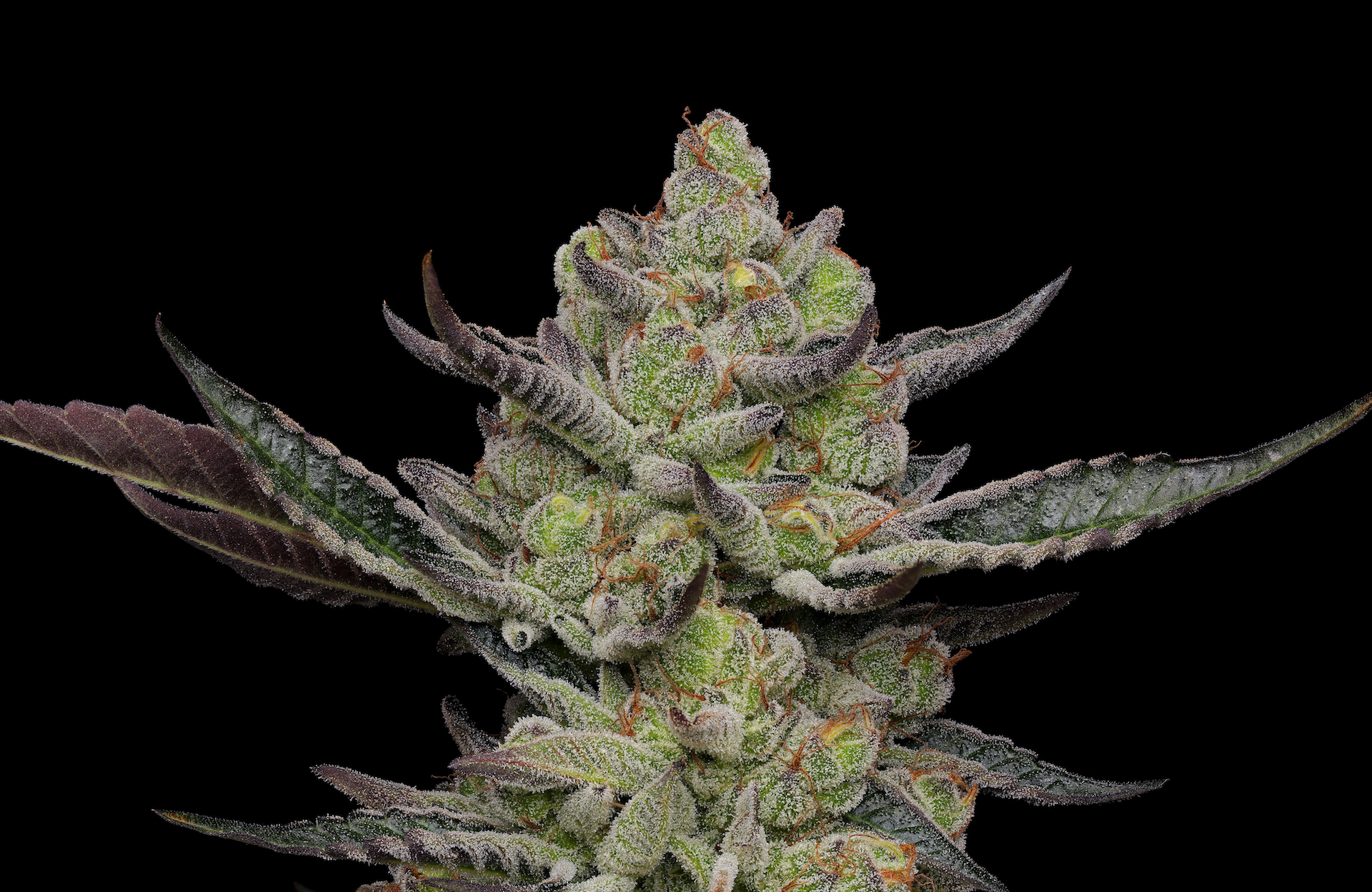 Good news, America: The nation’s army of weed growers in 2022 is going to fire up hundreds of metric tons of the most explosively tasty, time-stoppingly beautiful bud ever conceived on planet Earth.

Pot law liberalization has triggered a Golden Age of cannabis genetics—putting the loudest, most diverse ganja aromas and effects at the fingertips of gardeners big and small.

Major nurseries like Dark Heart Nursery in Oakland, CA, hold strain openings like fashion shows for the $18.3 billion legal industry. Los Angeles’ Seed Junky Genetics sold $1,000 clones of Super Runtz at The Emerald Cup on Dec. 11—200 of them. Champion breeders like Exotic Genetix have released $900 seed packs with NFT art direct to a rabid fanbase. It all sells out—powering more than 2,278 metric tons of legal US pot production annually.

Leafly’s annual “Best cannabis seeds to grow” synthesizes the quantitative with the qualitative: We pair strain search and menu trend data with breeder interviews, and event and store reporting; plus, we smoke hundreds of flavors, and grow a few pounds.

Leafly News’ product picks are independent, and cannot be influenced by advertising. We’d love to fill our garden with these cultivars—the newest of the new and those re-mixed from the best of the present and past.

Get ready for all the Cakes, Mints, Cookies, Zkittlez, GMOs, and sativas you could spend a lifetime trimming. Whatever you smoke, now is the time to score some awesome seeds so you can pop them by spring, and have a pound laying around by Thanksgiving. This is Leafly’s Best cannabis seeds and clones to grow in ‘22.

Cake and Mints varietals for ‘22

Emerald Cup-winning Ridgeline Farms named and endorsed this outdoor-optimized exotic. It can test up to 30% THC while looking bonkers and smelling like soft, sweet, minty fuel.

For ’22, Humboldt Seed Co. has 85 regular, feminized, autoflower, or combo seed products, from 45 strains, in six states. They’re emblematic of how West Coast breeders own the strain game, thanks to decades of experience, plus baseball field-sized farms to test out thousands of new varieties at once.

There are so many tasty mint and cake strains out there this year.

Exotic Genetix’s breeder Mike (aka “Mr. Stimmy”) has a massive series of indoor grow rooms to experiment—constantly ratcheting up the definition of “Zaza.”

“He throws away plants that other breeders would kill to have in their garden,” said seed seller Luscious Genetics, in a Leafly interview. “That level of discernment is superhuman. He just knows his shit.”

There’s so many phenomenal GSC genetics out there.

Grab some Cup-winning, hyper-giddy, candy-aisle terpenes for ‘22. Breeder Archive Seedbank has mastered the genetics of Rainbow Belts and Moonbow, and thus the future of Zkittlez flavors.

“I’m always looking for that sweetness in the strains that I love to smoke,” said Ellen Holland, author of 2021 book “WEED: A Connoisseur’s Guide to Cannabis.” “I really like the zkittlez and that uplifting, bright, bergamot, fruity flavor that it brings to the crosses of zkittlez.”

Tropical candy terps get even louder with Terphogz Geneticz cross of Z3 and Papaya—Zazaya. Lip-smacking, Hi-Chew flavor meets high-key glee in this next-level flower designed for hashmakers. Keep a close eye on these influential hash strain designers, as the broader market coasts on their wake, said Luscious Genetics co-owner David.

“Growers are looking at a plant and taking into consideration trichome head size and gland size because extraction is such a large portion of revenue,” he said. “The bigger the trichome, the thicker the stalks—they know it’s going to yield more extract.”

“It’s going to be super-tasty—the smells going to be really intense on those ones—because they have so much more resin,” said Holland. “I mean, you stick with the Terphogz when you can. I do, anyways.”

Savory terps have gotten more acrid, funky, weird, and potent in 2022 to counterbalance all the sweet dessert strains. We’re here for it.

The modern savory terp movement has built a home base around GMO Cookies, OGKB, Mendo Breath, and their offspring.

“Anything GMO is going to get gigantic,” said Luscious Genetics.

Thug Pug Genetics breeder “Gromer” comes out of early retirement this winter with Meat Breath crosses, another successor to Peanut Butter Breath. Divisive and unforgettable, this is the modern analog to old-school Cheese or Cat Piss.

“There’s something intriguing about pungent odor, especially if it’s related to an existing bodily musk. We’re drawn to that,” said Luscious Genetics.

Humboldt Seed Co.’s Nat Pennington has come around to pungent garlic terps, he said. “It’s funny because I was resistant at first. Of course, you try GMO and you understand.”

“If you’re in that savory category, that’s gonna be probably stronger and more fuel forward and gassy,” said Holland.

Enough with the dense, dark, sedative Cookies strains. Give us longer, lighter, brighter sativas, too, in ‘22.

Got a foggy garden? Sativas can be more mold-resistant and far more unique than the next version of Gelato, Holland said. “They don’t have as gigantic of buds and don’t get problems like mold on the inside you can’t even see, or a caterpillar crawling halfway through it.”

“If you’re going to grow it yourself it might be easier to start with something that has a more sativa-leaning profile,” Holland.

“The power of the Haze mixed with the vibe of the Pupil is simply perfection,” Mass Medical Strains wrote to Leafly. “Effects can border on psychedelic, inspiring new ways of thinking and enhanced perception and awareness.”

Humboldt Seed Co. did a Raspberry Parfait extract collaboration that they hope will take home an Emerald Cup in 2022. You can take home Raspberry Partfait seeds from California stores.

Our ‘22 motto is: “Smoke the weed you want to see in the world,” and man, we’ve missed Strawberry Cough.

The cross gives old school Cough some modern bling, terps, and yield, marrying the sweetness of strawberries with the gasoline of Chemdog. Dark Heart Nursery clones are available at licensed California retail stores.

OK—we’re leaving out some legendary breeders and essential new crosses, but we don’t want to overwhelm anyone. Look out for more 2022 Leafly seed guides focused on autoflowers and high-CBD strains, and heck, maybe even pure throwback nostalgia strains. (Anyone got some solid Blue Dream or Urkle cuts? Asking for a friend.)

Get out there and grow the weed you want to smoke in the world!

What strain do you want to grow this year? Leave a nice comment below.

David Downs directs news and lifestyle coverage as the California Bureau Chief for Leafly.com. He’s written for WIRED, Rolling Stone and Billboard, and is the former cannabis editor of the San Francisco Chronicle, as well as the author of several cannabis books including ‘Marijuana Harvest’ by Ed Rosenthal and David Downs. He co-hosts The Hash podcast. TW: @davidrdowns | IG @daviddowns