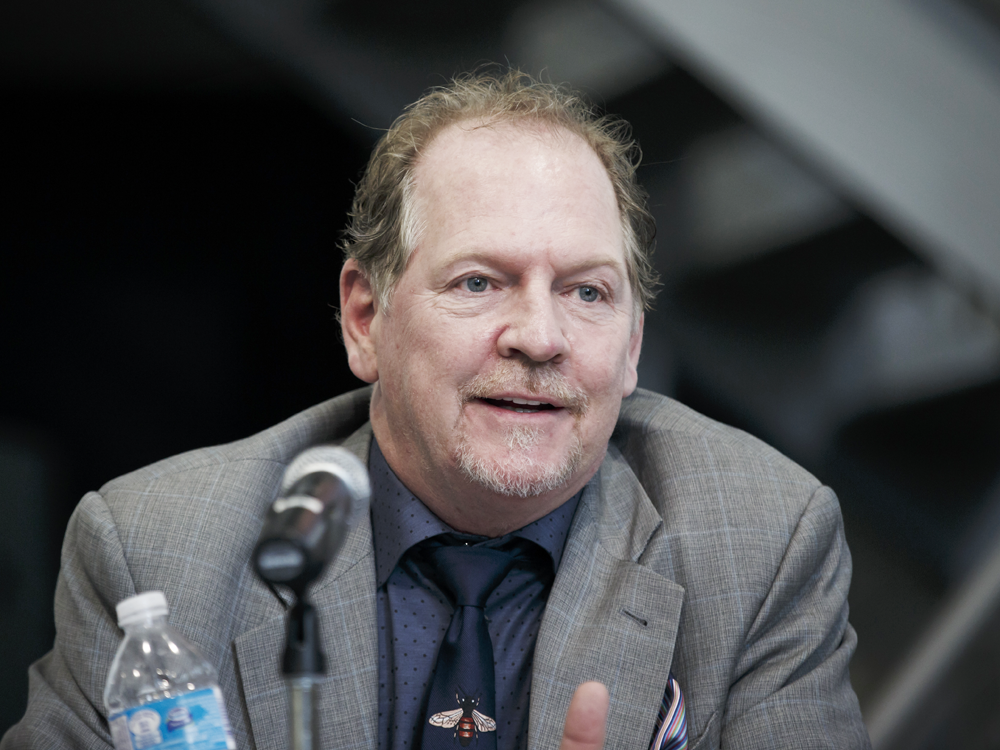 Licensed producer Aurora Cannabis Inc. announced that it’s long-serving chief executive Terry Booth will be stepping down from his position, to be replaced temporarily by current executive chair, Michael Singer. Booth will remain on the company’s board and serve as strategic advisor to Aurora.

A search for a permanent CEO is ongoing, the company said.

The announcement came just days before Aurora is due to report quarterly earnings. The pot producer’s stock was halted at approximately 1.30pm EST after rumours of Booth’s departure began circulating on social media.

“I am proud and humbled to have led that journey with a deeply talented and passionate team of employees. While there is still much work to be done, the timing is right to announce my retirement with a thoughtful succession plan in place and the immediate expansion of the Board of Directors,” Booth said in a statement.

Aurora also announced it has eliminated 500 full-time equivalent staff, including 25 per cent of corporate positions, as part of a broad cost-cutting initiative to drastically reduce the company’s expenses. Aurora employs approximately 3,400 staff across 20 countries, according to the company’s website.

Booth is the latest in a string of founding cannabis executives to either depart or be fired — last July, former Canopy Growth Corp. CEO Bruce Linton was ousted from his role. In January alone, the Canadian cannabis industry saw a massive executive exodus of sorts, with former Sundial Growers CEO Torsten Kuenzlen stepping down and The Supreme Cannabis’ Co’s former CEO Navdeep Dhaliwal resigning, among others.

“The assets being impaired are predominantly associated with our operations in South America and Denmark, as our estimate of the timeline for substantial growth extends in those markets. Our core Canadian cannabis assets are not impacted by these non-cash asset impairment charges,” said the company’s chief financial officer Glen Ibbott.

Aurora’s stock has lost 80 per cent of its value over the last year, a stunning decline for the second largest pot producer in the country, a company that was once worth more than $10 billion. The licensed producer has been struggling with consecutive revenue declines, a high monthly burn-rate, soaring debt and depleting cash resources, having never struck a deal with a large multinational conglomerate that could have at least salvaged much of its short-term cash issues.

Unfortunately, 10 per cent in layoffs is not nearly enough expense cutting for Aurora to turn the corner in terms of operating profitability

One of the first major signs that Aurora in financial difficulty came in November, when the company announced it would be temporarily suspending construction on a massive 1.6 million square foot facility in Medicine Hat, Alta. and a greenhouse in Odense, Denmark, to conserve $110 million in cash. The following month, the company said it would be putting up yet another greenhouse in Exeter, Ont. for sale.

Aurora’s corporate and budgetary restructuring appears to be designed to reign in the company’s spending rate, a sharp departure from Booth’s philosophy of acquiring as many international assets as possible to gain a first-mover advantage in jurisdiction that might eventually legalize cannabis.

In a conference call with analysts, Ibbott emphasized that the company would take a disciplined approach to spending, with its core focus remaining on the domestic cannabis market.

“Look, we have let go 500 people and reset all our budgets internally. We expect that we will start to see improvements. We’re not flush with cash, but these changes here will allow us to get to a cash-flow positive situation,” Ibbott told analysts on the call.

“Aurora is in a precarious position as its cash needs are likely to exhaust the resources at hand, including roughly $500 million in capacity on the company’s credit and at-the-market facilities,” wrote Andrew Carter, cannabis analyst at investment bank Stifel Financial Corp in response to a Wednesday afternoon news report that speculated on impending layoffs.

“The rumoured reductions would manifest in roughly C$20 million in annual savings, though this pales in comparison to the C$160 million EBITDA loss we estimate for FY20,” he wrote.

“Unfortunately, 10 per cent in layoffs is not nearly enough expense cutting for Aurora to turn the corner in terms of operating profitability. It would be like putting a band-aid on a major artery wound when a tourniquet would be required to stem the bleeding,” said cannabis analyst Chris Damas, author of The BCMI Report.

The cuts come just days after another major licensed producer, Tilray Inc., also announced a 10 per cent job cut, which affected about 140 people in its Toronto office, primarily in the social media and marketing divisions.