Brutal week for weed casts chill over prospects for Cannabis 2.0 - Read of Green 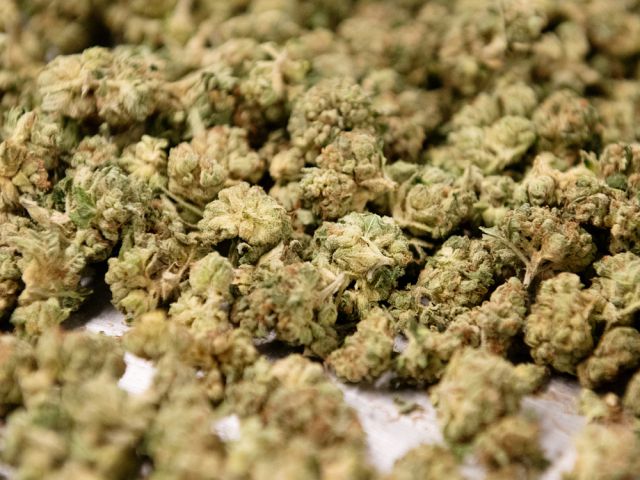 If there’s a lesson that Canada’s pot industry can take from a devastating week that saw the country’s largest producers post massive losses amid waves of product returns and piles of excess inventory, it might be this: understand your market first, sell your product later.

And with cannabis 2.0 looming , there isn’t much time to learn it.

“Any company that’s looking to make a product for cannabis 2.0 should wait six months to see what comes out in the market,” said Narbe Alexandrian, president and CEO of Canopy Rivers, the venture capital arm of Canopy Growth Corp.

Canopy Growth suffered a massive revenue miss in its latest quarter largely due to certain products — oils and soft-gel capsules — that simply weren’t selling well on the recreational market. The result of that miscalculation in demand cost the company approximately $30 million in product returns. They weren’t the only ones. New Brunswick licensed producer Organigram Holdings Inc. too had to write down $3.7 million due to product returns.

That problem could be magnified when a host of new product categories hit shelves in the coming months as part of the legalization of drinks and edibles.

“I feel that right now a lot of companies are going out and blindly assuming what customers like based off a few surveys,” Alexandrian noted.

Consumer preferences for different kinds of cannabis products only started to become evident about six months into legalization, as private retailers and provincial stores accumulated enough data on what products were selling well, and what products weren’t.

One of the main takeaways, according to Alexandrian, has seemed to be that good looking, premium dried bud with a high THC content sells well. Soft-gel capsules and oils do well among medical patients to some extent, but not so much in the recreational space.

“We didn’t oversupply soft-gels and oils in the consumer market, but we are seeing strong demand for those products in the medical market,” said Cam Battley, chief corporate officer of Aurora Cannabis Inc., which saw its revenue decline 25 per cent for the period ending Sept. 30 due to weak recreational sales.

Even if Ontario had those 1,000 stores … it won’t solve the underlying problem

Battley says that Aurora has been gathering market data from the U.S. and carefully tracking consumer preferences in states where recreational pot is legal in order to accurately gauge what kinds of products to introduce to the market next year.

“The leading segments are still dried flower, then vape pens, edibles, concentrates. I don’t want to be critical of companies that are prioritizing beverages, but based on the U.S. experience it might take a bit more time for that segment to become attractive.”

Battley says that Aurora will be adopting somewhat of a wait-and-see approach to cannabis 2.0 in order to better assess what products to fill the market with.

“We actually have already been doing that. I think we have done a pretty good job of knowing our consumers — better than most of our peers — in that we have not thus far, suffered the same challenges with respect to significant returns,” he told the Financial Post.

In the brief few months following legalization when the Canadian market experienced a severe cannabis shortage, some licensed producers adopted a strategy of “channel stuffing,” or shipping any finished product they had on hand to wholesalers, in the hope that they would accumulate market share. That strategy, to some extent, backfired, as an increased variety of products came to market and consumer preferences became more evident.

Bank of Montreal analyst Tamy Chen pointed out in a recent note evaluating Aurora’s earnings that the company’s declining recreational market share was in fact due to elevated “channel filling” in prior periods that was still being worked through at the retail level.

This same cycle might play itself out again as cannabis edibles, beverages and vape pens hit the adult-use market by end of this year, cautions Chris Damas, a long-time cannabis analyst at author of The BCMI Report.

“Look, it is up to them whether they are going to be cautious or bold in terms of how they play this. I just expect the same kind of spin cycle of how cannabis 2.0 is going to be the saving grace of the industry right now, the same thing we saw in the lead up to legalization last year,” he said.

But from the point of view of licensed producers who have been struggling with weak revenues, the problem is not as much a lack of understanding consumer preferences, as a lack of retail stores in Ontario that is creating a bottleneck in the supply chain.

“We want to see the retail footprint increase. I will give it a little bit more time, but just a bit. Producers have made it clear that we want to see more stores in Ontario,” Battley said.

In an interview with the Post on Thursday, Canopy CEO Mark Zekulin called on the Ontario government to immediately open up more retail stores.

“The fact of the matter is there are not enough stores, and enough supply. The Ontario government has made it clear their desire to have more stores, but why wait three months? Fix it now,” he said.

Damas vehemently disagrees with the notion that simply increasing the number of stores will alleviate the financial troubles many large licensed producers have been grappling with over the past few months. “Even if Ontario had those 1,000 stores which I think they will eventually, business is so overbuilt in terms of annual capacity of dried cannabis and soon, extracted oil, that it won’t solve the underlying problem,” he said.

Evidence of the over-capacity problem is already playing itself out amongst some licensed producers. Quebec’s HEXO Corp. recently suspended operations of its Niagara greenhouse, and cut production in 200,000-square-feet of its main greenhouse in Gatineau. Aurora too announced Thursday that it would suspend completion of a 1.6 million-square-foot growing facility in Medicine Hat, Alberta “for the foreseeable future.”

But Battley characterizes the move as “hitting the pause button to ensure we are delivering production to meet demand.”

“I wouldn’t say we over-expanded too quickly,” he said, dismissing the possibility of job losses due to a downsizing of operations.

“It will always be an advantage to be the world’s largest producer of quality cannabis.”