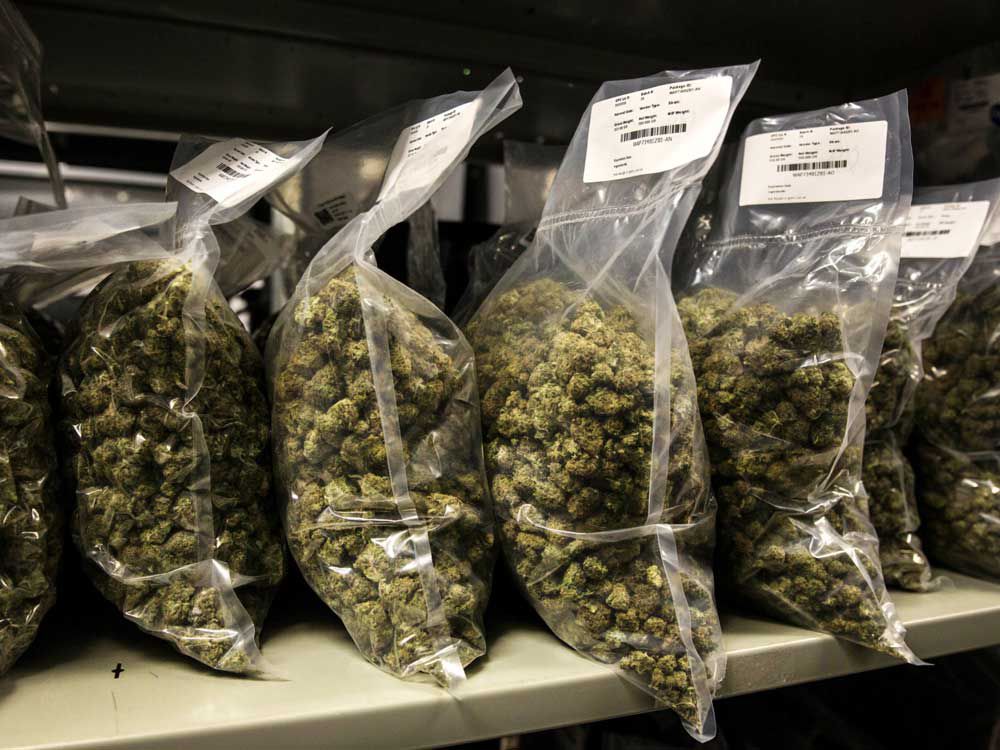 Some of the biggest cannabis players when legalization took effect 20 months ago have successfully held on to their dominant positions, despite a year of bankruptcies, downsizings, revoked licences, executive firings, mass layoffs and a long market selloff.

Licensed producers such as Aphria Inc. and Aurora Cannabis Inc., have increased their market share during the past few quarters due partly to strong sales of dried flower and cannabis 2.0 products such as edibles and vape pens, while Canopy Growth Corp.’s share has substantially eroded from its peak 18 months ago.

Just a handful of companies or so hold more than 95 per cent of the legal Canadian market, according to company filings, interviews with cannabis analysts and data from cannabis intelligence firm Headset.

“I think right now, companies that have close to 10 per cent market share or more will stick around for the foreseeable future,” said Matt Bottomley, cannabis analyst at Canaccord Genuity Corp. “Companies that rely on wholesaling to other LPs have only two or one per cent market share or are maybe waiting on their Health Canada licence to sell edibles, for example … unless they have tens and tens of millions in cash, they won’t survive.”

On May 29, Canopy Growth, still the largest legal cannabis company by market capitalization, reported earnings that came in well below many analysts’ expectations, mostly due to weak sales of dried flower in the recreational market, which was dominated by value brands from other companies such as Aurora, Aphria and Hexo Corp.

Canopy has been in a transitory phase for months, eliminating excess growing capacity, restructuring its management team and expanding its product lines.

The company, under co-founder and former chief executive Bruce Linton was once laser focused on being a first mover in the sector, but current CEO David Klein said he would rather take the time to focus on having the “best product,” rather than being the first to get it out.

“Fundamentally, you have to take your finite resources and focus them on the biggest slices of the pie, and execute,” he said. “We’re focused on Canada, Germany, the U.S., and getting our vapes, topicals and drinks right.”

Various market segments appear to have emerged since the legalization of cannabis 2.0 products last December: premium high-tetrahydrocannabinol dried flower, dried flower at the cheapest price, and derivative products such as edibles and vape pens.

Chris Damas, a long-time cannabis analyst and author of The BCMI Report, believes Canopy will remain a dominant, competitive player in the global cannabis space, but perhaps not in the dried flower market segment.

“First of all, they were late getting into the value market, but I don’t think that was the focus of the company,” he said. “Canopy does not have the cost structure to compete with the large, low-scale producers like Aurora and Aphria. The trend I see is Canopy becoming a more derivative, tech-oriented player, focused on vapes, edibles, drinks. But they’re losing the battle in the dried flower segment of the market.”

Earlier this year, as cannabis prices began to decline as a result of oversupply, Quebec’s Hexo was the first to introduce a low-cost recreational brand called Original Stash, which was priced at just $5 a gram. Many other producers, including Canopy, followed suit, but some have fared better than others.

“Aurora and Aphria have done a good job of having their value brands take off, but, to be honest, I’m a little bit cautious about casting value brands as a market segment,” Bottomley said.

Companies are painting that market as a robust consumer group, he said, but it is really just the commoditization of the price of dried flower.

“As much as this is companies focusing on value branding and products, it’s more about the price per gram coming down overall in the sector, and if you can’t adapt, you’re going to lose market share,” Bottomley said.

If legal sales across the country continue at the pace they have been for the past 20 months, the Canadian cannabis industry could be worth approximately $2 billion by the end of 2020, according to data from Statistics Canada and Health Canada.

Damas points out that unlike pre-legalization forecasts that pegged the industry’s worth at up to $5 billion by 2021, the industry is now in a situation where tens of companies are fighting for a much smaller pie than once forecasted.

He said some smaller companies have carved out good niches for themselves, such as Auxly Cannabis Group Inc. in vape pens, while cannabis extractors like MediPharm Labs Corp. and Valens GroWorks Corp. are also doing well.

“We then have a lot of companies that have not been delisted, but have really stopped competing in the sector altogether, like The Flowr Corp., The Green Organic Dutchman. Those are like the walking dead, it’s just a matter of time.”

“There are going to be a vast majority of mid-sized companies that are still around now but just don’t really go anywhere, because all they do is grow, and sell to the provinces,” he said. “It’s nothing that the big players — Canopy, Aurora, Tilray Inc., Aphria — can’t do.”

Bottomley said one of the most important things companies that have already made a mark in terms of market share need to do in order to sustain sales is maintain strong relationships with provincial buyers.

“One of the things that Canopy noted in their recent call was they lost out on purchase orders for high-THC products, because they didn’t have the right cannabis in storage or in crop mixes that they could supply,” he said.

“The second thing is, when you look at this from a one- or two year long-term basis, a lot of the products that might actually have an edge are derivative 2.0 products. You have to crack those trends and convince provincial buyers to give you the orders. Companies that are dynamic in communicating with the provinces are the ones that will really make it.”