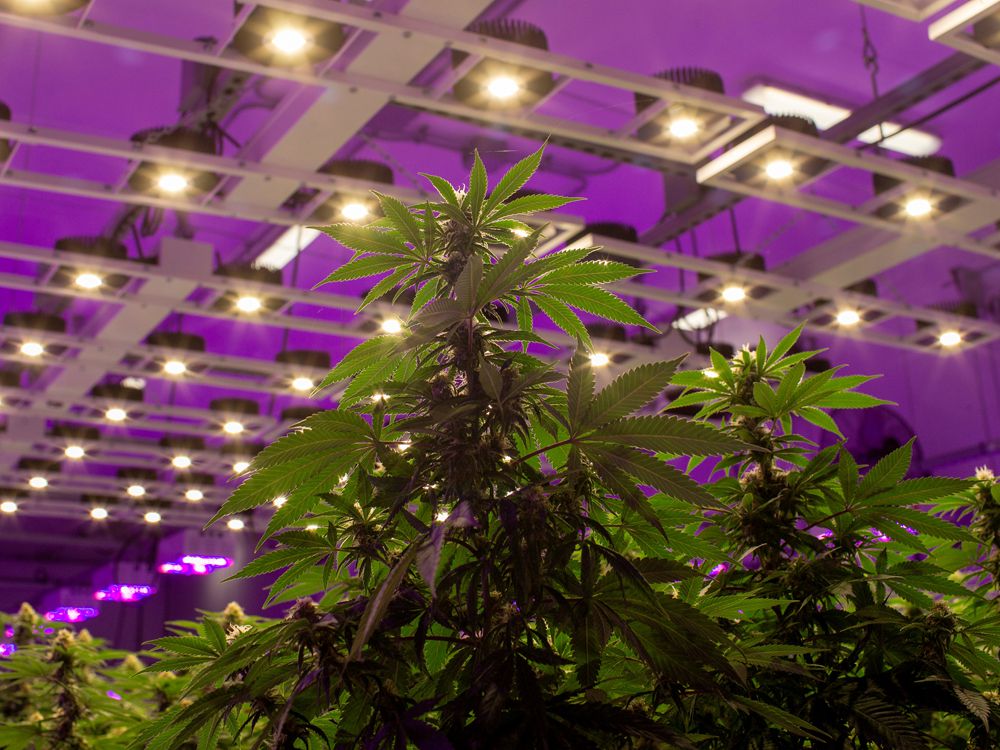 A licensed cannabis producer facing significant financial issues is alleging the company’s own founders misappropriated approximately $14 million from its coffers, leaving hundreds of shareholders with little to show for their investments.

A video obtained by the Financial Post of a private shareholders’ meeting on Jan. 14 shows executives of Green Relief Inc. detailing a series of transactions they allege were executed by two of the company’s co-founders — Warren and Lyn Bravo — resulting in millions being siphoned out of Green Relief for personal use over a period of six years.

The Bravos have denied all allegations made by Green Relief executives against them.

The Hamilton, Ont.-based private medical cannabis company, which touts itself as the world’s only cannabis company that uses aquaponics to grow medical marijuana, has been struggling to stay afloat since March 2019, a month after Warren Bravo stepped down from his position as chief executive.

At the Jan. 14 meeting, Green Relief’s current chief executive, Dr. Neilank Jha, told shareholders that while he is actively seeking new investment, the company only had enough funds to survive till February. Jha later told the Post that Green Relief was still liquid, and would be for the “next few months.”

As Massel and McNamara — whom Jha said he brought in to help “clean up the balance sheet” — began to comb through hundreds of documents dating back to 2013 to understand how the company had been operating financially, Massel said they started noticing numbers that weren’t adding up.

Since 2013, Green Relief had received $59.2 million in funding from various sources, primarily shareholders, and had used $45.1 million for long and short-term expenses — $14.1 million was unaccounted for, according to Massel and McNamara.

In a series of slides, Massel and McNamara laid out how they alleged the founders were linked to the missing funds.

“They were making payments from Green Relief, using fake invoices, that had nothing to do with the company,” Massel alleged.

While many of the allegations made during the presentation were directed at Warren and Lyn Bravo, at times the executives instead referenced “the founders.” The company was founded by the Bravos and a third person, but that person was not named in relation to the allegations raised at the meeting.

My goal is not to worry about what people have done in the past. My goal is to advance Green Relief and protect your investments

Green Relief was one of the earliest medical cannabis operators in Ontario, and obtained a Health Canada licence to cultivate in February 2016. It garnered significant media attention in late 2018 and early 2019 for cultivating cannabis through a pesticide-free process in an underground aquaponic farm.

Aquaponics is an agricultural process that uses aquatic animals and hydroponics to grow plants. Green Relief used fish waste to fertilize cannabis plants that it grew in water.

Two Green Relief investors who spoke to the Post on condition of anonymity said they were keen to invest after touring the company’s aquaponics facility, and being told the company would end up going public.

In Feb. 2019, Bravo told Global News that an initial public offering was expected “within months” and would price 100 million Green Relief shares at $3.50.

“Green Relief could break even within months, and expects to be profitable this year,” he said at the time.

That, according to Jha, never happened.

Jha joined the company in early 2019 through Green Relief’s acquisition of his research firm, Bodhi Research & Development, and he said that’s when he learned Green Relief was struggling.

Within days, Jha claimed he wired $150,000 of his personal money to keep the company afloat.

“There was a concern raised from the previous CFO of approximately $200,000 in misappropriated funds on my first day in office,” he said in an email to the Post.

“The capital raised since 2013 and the assets did not make sense to me so I immediately initiated and led an organization-wide review of every dollar since Green Relief’s inception.”

Jha, Massel and McNamara allege they found numerous transactions linked to the founders that did not relate to Green Relief’s actual operations.

For example, they allege the Bravos used corporate funds of approximately $1.3 million to pay for the construction of a private home, and to discharge a mortgage on a property owned by Lyn Bravo.

Shareholders were also told that an additional $900,000 was allegedly used to pay for the founders’ personal expenses, such as leasing vehicles and paying off credit card bills.

Pointing to a slide showing a December 2016 lease agreement for a vehicle rented by Lyn Bravo, who he said was not an employee of the company at the time, Massel noted: “If you go back to … the time that we signed that obligation, we had no money. I think there was $75,000 in the bank that day and we had payrolls to run.”

A further $2.9 million, Jha and his team allege, was used by the founders to personally invest in a number of businesses, including another aquaponics venture called Aquaponics International.

“These were assets that were paid for by the company, but these assets aren’t in our name, they are in other people’s names,” McNamara told shareholders.

McNamara also alleges that $3.7 million of Green Relief’s money was used to bail out the founders’ outside business interests, including two entities owned by the Bravos, Bravo Cement and Unique Restoration Ltd.

The Bravos did not directly respond to specific questions from the Post about the allegations levelled against them by Green Relief, although an email from their lawyer John Hammond stated they “vehemently deny” the allegations.

“These allegations are false, without merit, and constitute a malicious defamation against each of our clients,” the email stated.

Green Relief and Lyn Bravo are now in the midst of a legal dispute, stemming from an injunction application filed by the company seeking to prevent her and “her family, friends and associates” from entering Green Relief’s premises.

The land on which Green Relief’s operations sit is technically owned by Lyn Bravo and leased by the company.

A sworn affidavit by McNamara entered as part of the injunction application included a letter sent by McNamara to the Bravos’ lawyers in December 2019 listing numerous fraud allegations, along with hundreds of supporting documents.

Each of the allegations mentioned in the letter was also raised to shareholders in the Jan. 14 meeting.

Lyn Bravo specifically responded to some of the fraud allegations in a sworn affidavit submitted to the court as part of the legal proceeding.

In the affidavit, she stated that company funds were indeed used to discharge her own mortgage, but that it was a transaction that took place “at the express request and direction of Green Relief, and with the full knowledge of its shareholders, directors and officers.”

According to Lyn, in 2014, she was approached by Green Relief — then helmed by her husband, Warren — to help the company raise $5.5 million in convertible notes. Green Relief, she said, requested that Lyn’s personal property (which the company currently uses and which she had at the time just purchased) be used as collateral for guaranteeing the notes. In exchange for helping to secure the short-term debt, Lyn claims that Green Relief agreed to pay off the mortgage of $444,000.

Regarding Green Relief’s allegation that the Bravos used company money to pay for the construction of a new home, Lyn stated the private home was an “integral part of Green Relief’s plan for future offices” and that “all renovations were done with the express knowledge of the directors, officers and employees of Green Relief.”

Furthermore, although she acknowledged she “received funds from Green Relief from time to time,” she stated they were reimbursement of Green Relief’s expenses paid by her in advance.

“I vehemently deny that I committed a fraud on behalf of Green Relief, misappropriated funds of Green Relief, or have been unjustly enriched at the expense of Green Relief, and take offence at the suggestion. I would take note McNamara makes no effort to list the far greater amounts owing to me or the financial assistance that I provided to Green Relief throughout,” Lyn stated in the affidavit.

The allegations have not yet been proven, nor has the Financial Post verified them.

Jha told shareholders at the Jan. 14 meeting that the company’s attorneys were in the process of informing “the relevant regulatory bodies” about the alleged misappropriation of funds, though he did not specify which regulatory bodies have been notified.

When a shareholder asked why Green Relief had not called the police, Jha told the room that the company had approached Bravos’ lawyer in person to deliver “a list of things that were found,” in the hopes of reaching a settlement.

“We want to make a deal, put this behind us and move forward,” Jha told shareholders, adding that he has not received a salary since joining Green Relief, and does not intend to ask for one.

Meanwhile, hundreds of investors now have little to show for the money that they put in.

“Now that it has sunk in a bit, we feel like our future has just dropped out from under us. It was a lot to save up that cash,” said one investor.

“We feel betrayed and embarrassed. Betrayed, because we did put a lot of trust into the company and people convinced us that it was a good idea. How do you now tell your family where your money went?” he added.

We feel betrayed and embarrassed

“I’m not angry,” said another investor, who invested with a number of other friends, all of whom could lose their money. “The CEO is not taking a salary. He’s so committed, and he really believes that we can turn this thing around. If I had more money, I would reinvest, but I don’t right now,” he said.

Despite Green Relief’s troubles, Jha remains bullish about the company’s future. He says that his turnaround plan involves courting investors abroad, primarily from Singapore and the United Arab Emirates, given the challenges in raising money domestically.

“We have cleaned up. The company is in the best shape it has been since I took over,” Jha said.

In a move to shore up immediate cash for Green Relief, Jha announced that he would be giving back four million of his own shares to the company, and called on shareholders to purchase those shares at $0.50, in order to generate $2 million to keep Green Relief afloat.

“Our call to action is to ask all of you to kindly consider $5,000 or more so we can protect Green Relief, move forward, and build this beautiful future,” he said in a second video to shareholders, dated Jan. 21.