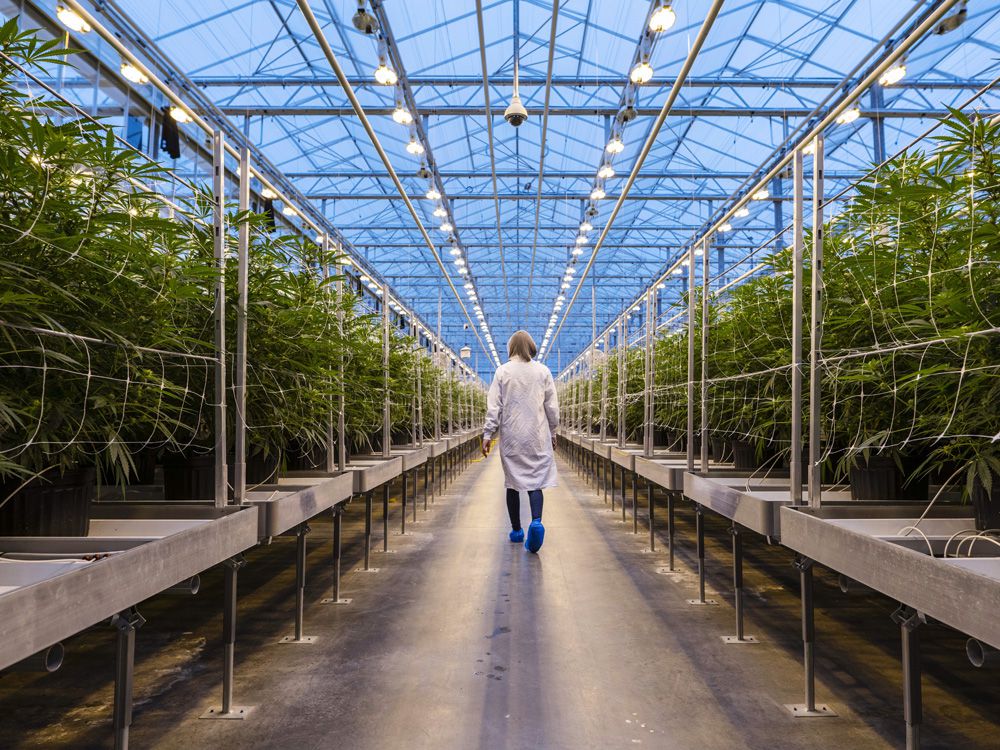 The proposed transaction is intended to create a more competitive platform in Canada that is positioned for further expansion into the United States, said Sebastien St-Louis, chief executive and co-founder of publicly traded HEXO.

It would combine Ottawa-based HEXO, a dominant player in Quebec, with a product-dominant player in some of the largest markets in other parts of the country including British Columbia, Alberta and Ontario, St-Louis said in an interview.

If the deal is approved by HEXO shareholders and consummated as envisioned, it will put the company on the verge of its objective of becoming the top licensed producer by recreational market share, he said. HEXO also has a joint venture with brewing giant Molson Coors to create cannabis and CBD-infused beverages.

St-Louis described privately held Redecan, which has established itself in niche cannabis products such as pre-rolls, oils, and capsules, as “the best kept secret in Canada.”

Joining forces in what amounts to a merger of equals as much as a takeover has been in the back of his mind for at least a year, he said, adding that he tried to get in touch with the company earlier to discuss possibilities for the two complementary cannabis players with little overlap but was unsuccessful. More recently, however, the privately held company reached out to him, and those talks led to the proposed combination.

“They said: ‘We’re thinking of doing something. You’re our first choice’,” he recalled, adding that their acceptance of a share component in the purchase price suggests they believe there’s upside in the combination.

One of the dealmakers on the team was Adam Arviv, a co-founder of cannabis cultivator and retailer Green Growth Brands Inc. and BRN Group, which provided brand management services to the industry.

“I have a very close relationship with the Montour family” that founded Redecan, Arviv said. “They came to me and asked me to give them my opinion and advice on what would be the best route for them to go.”

He made the connection with HEXO after determining that combining forces with the mid-sized Canadian player was the best way for Redecan to tap the capital markets and reach into the U.S. market.

They “never shopped it, never showed it to anyone else,” Arviv said.

Redecan did not follow many other cannabis producers and distributors to the public markets when there was a large appetite for the sector following recreational legalization in Canada in October of 2018. Will Montour, one of the company’s co-founders, said the decision to team up with HEXO, which has stock listings in Toronto and New York, was driven by a desire to scale up.

“We’ve now entered a phase where scale is key, and our complementary consumer bases, brand portfolios and distribution relationships can enhance financial performance,” he said.

St-Louis said the intention is to expand the brands across Canada and into the United States and Europe, including through joint ventures with large consumer goods companies like the one with Molson for products ranging from cosmetics to pet food. There are also plans to build up manufacturing capacity to expand the distribution of Redecan’s recreational products such as pre-rolls if cannabis is legalized federally in the U.S.

“We’re focused on manufacturing. We have no interest in being a retail company,” he said.

The transaction requires majority approval of HEXO’s shareholders as well as regulatory approvals, and the aim is to close the deal by September, St.-Louis said.

The purchase price is to consist of around $400 million in cash and $525 million in HEXO common shares, and it is anticipated that the Redecan shareholders will collectively hold about one-third of HEXO’s issued and outstanding common shares when the deal closes.

Late Thursday, HEXO announced the closing of an offering of US$360,000,000 in secured convertible notes due May 1, 2023 to fund the majority of the cash portion of the deal.

Upon closing, Pete and William Montour are to join HEXO’s board as directors.

The mergers and acquisitions are also part of a trend in the Canadian cannabis sector, which has been in a period of consolidation following a burst of activity following legalization.

In December, industry giants Aphria and Tilray joined forces in an all-stock merger valued at around $5 billion.

Brandon Schupp, an associate at law firm Norton Rose Fulbright Canada LLP, wrote in a report in January that suggested “a cascade of M&A activity” would follow as other producers sought to make deals in order to remain competitive.

“Though a number of M&A transactions have been completed in the cannabis sector, the industry has not yet experienced the high volume of transactions that many predicted,” Schupp wrote, suggesting that factors such as “unpredictability of valuations” and regulatory changes around licences for retail locations had held back deals.

But with stock price recoveries from the lows seen during the COVID-19 pandemic, giving dealmakers more flexibility in negotiating transactions, he predicted more consolidation would be on the horizon. Political factors, too, could juice the merger and acquisition scene, he suggested.

“Some have predicted that the prospect of legalization in the U.S. following the election of Joe Biden may further fuel M&A activity in the cannabis sector,” Schupp wrote, “as producers in the U.S. and Canada seek to gain market share in the U.S. recreational cannabis market.”

Sign up to receive the daily top stories from the Financial Post, a division of Postmedia Network Inc.

A welcome email is on its way. If you don’t see it, please check your junk folder.

The next issue of Financial Post Top Stories will soon be in your inbox.

We encountered an issue signing you up. Please try again