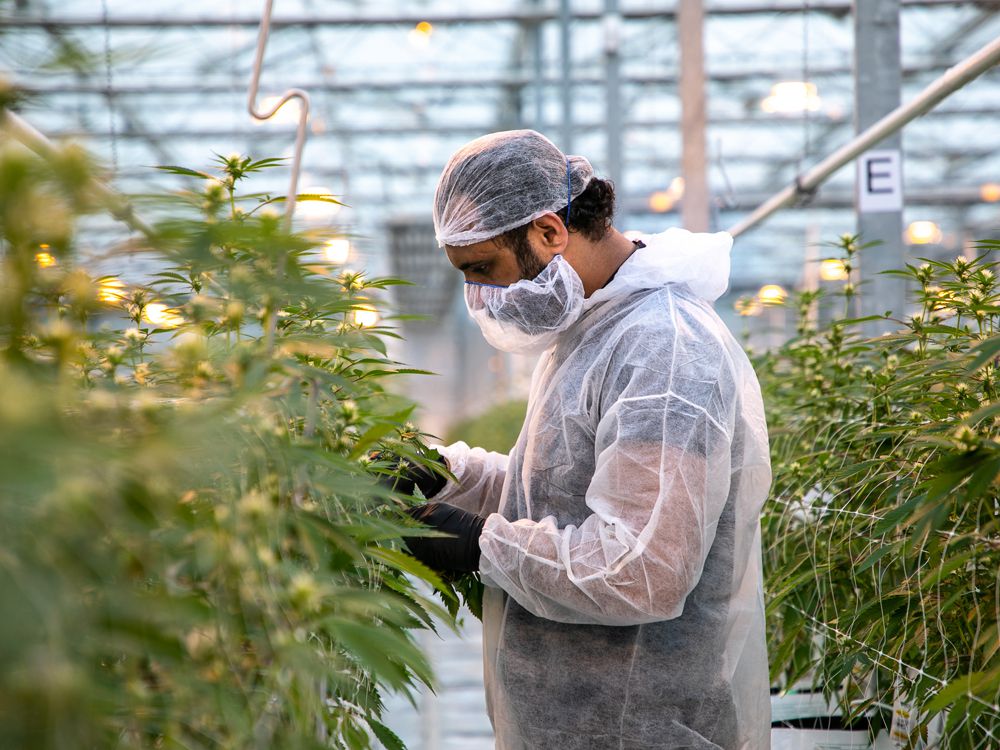 In a sweeping reversal of Canopy Growth Corp.’s once grandiose international growth strategy, the company announced Thursday it will shut down much of its cannabis and hemp operations abroad in an effort to rein in spending and keep supply in check as the legal cannabis sector continues to experience sluggish growth.

The Smiths Falls, Ont.-based licensed producer will either scale back or close down operations in New York, Saskatchewan, Colombia, South Africa and Lesotho, the company said in a statement.

Canopy will continue to operate internationally in Europe, Australia and Latin America on a much smaller scale through its Spectrum Therapeutics medical brand.

The cannabis producer’s stock fell about three per cent on Thursday’s news, hovering around the $20 mark.

“When I arrived at Canopy Growth in January, I committed to conducting a strategic review in order to lower our cost structure and reduce our cash burn,” Canopy’s chief executive David Klein said in a statement.

Canopy will be forced to take a charge of up to $800 million due to the restructuring, which will include cutting 85 full-time positions. The operational changes come barely a month after the licensed producer laid off 500 workers and shut down two of its biggest greenhouses in British Columbia.

“I believe the changes outlined today are an important step in our continuing efforts to focus the company’s priorities and will result in a healthier, stronger organization,” Klein said.

The abrupt shrinking of Canopy’s footprint both domestically and internationally is a vast strategic pivot from the vision of company co-founder Bruce Linton, who splurged on a string of highly priced acquisitions throughout much of 2017 and 2018 in an effort to transform the company into the world’s largest and most famous legal cannabis producer.

But the payoff from Linton’s shopping spree wasn’t immediate and ran the risk of not materializing at all. As a result, Canopy’s largest investor, alcohol giant Constellation Brands Inc., grew impatient and fired Linton last July.

Linton’s spree included an investment of between US$100 million and US$150 million in a 300,000-square-foot hemp processing facility in Kirkwood, N.Y., and a subsequent purchase of 2,000 acres of farmland in Springfield, N.Y., to cultivate hemp.

The investments were made in early 2019 and heralded by New York governor Andrew Cuomo and Democratic Senator Chuck Schumer as massive job creators for the region.

In Thursday’s statement, the company said it would “cease farming operations” in Springfield because of an “abundance of hemp produced in the 2019 growing season,” but would keep the Kirkwood processing facility.

Canopy also shut down a 90,000-square-foot indoor facility in Yorkton, Sask., that it acquired in 2017 with the intention of turning it into a leading medical cannabis producer. The operation, called Tweed Grasslands, aimed to create up to 50 jobs and plans were underway to expand the facility to incorporate hemp extraction capabilities.

Canopy’s operations in Lesotho — the first African nation to legalize medical cannabis — was acquired for US$30 million in mid-2018. It is unclear how much more Canopy invested in its southern African operations, but the company had intended to use Lesotho as a supply hub for the rest of Africa and even parts of Southern Europe as those jurisdictions started legalizing medical cannabis.

A number of other Canadian cannabis companies in Lesotho, including The Supreme Cannabis Co., have recently exited the region, citing the slow pace of medical legalization.

Canopy had also invested roughly $100 million in developing its footprint in Colombia, often considered by Canadian producers as a cheap cultivation option that could service Latin America.

In its statement, however, Canopy said it would move to an “asset-light” mode in the country by abandoning cultivation plans, but keeping it as its Latin American hub to produce finished cannabis products such as soft-gel capsules.

“We are not surprised Canopy is transferring ownership of its local operations in South Africa/Lesotho while abandoning cultivation in Colombia,” said Andrew Carter, a cannabis analyst at Stifel Financial Corp. “While a number of countries have legalized marijuana for medical use, the pace of implementing commercial systems has been well below the industry’s aggressive projections.”

Winners in the space don’t have to be farmers

Matt Bottomley, a long-time cannabis analyst at Canaccord Genuity Corp., said Canopy’s operational changes move it away from cultivation and toward being a consumer-packaged-goods company that purchases biomass instead of growing it.

“Winners in the space don’t have to be farmers,” he said. “There is way too much licensed cannabis growing space in Canada, and even in places like Colombia, so it’s a good decision to move out of that.”

The $800-million impairment charge Canopy is absorbing includes the shutdown of its B.C. facilities, 2.6 million acres of greenhouse space in total, which it had purchased for almost $400 million.

“This is all probably a good thing for the company, but it shines a light on just how much they might have overshot with the acquisitions,” Bottomley said. “When you restructure operations at such a huge impairment, it just goes to show how much of Canopy’s money was poorly allocated to begin with.”