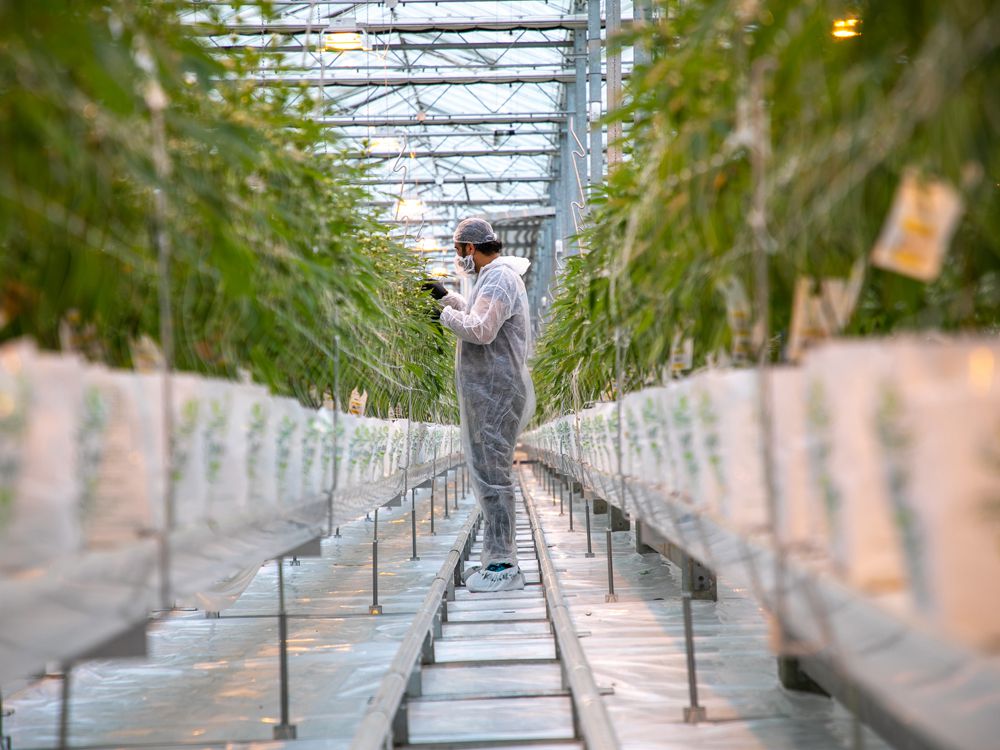 Canopy Growth Corp. has laid off 500 workers and shut down two of its biggest greenhouses in British Columbia, in a move to “improve production efficiencies” as the legal cannabis industry wrestles with an oversupply of cannabis, supply chain hiccups and ever-changing consumer preferences.

“When I joined Canopy Growth earlier this year, I committed to focusing the business and aligning its resources to meet the needs of our consumers,” said Canopy Growth chief executive David Klein. “Today’s decision moves us in this direction, and although the decision to close these facilities was not taken lightly, we know this is a necessary step to ensure that we maintain our leadership position for the long-term.”

The company also said it would no longer go forward with plans to open another greenhouse in Niagara-on-the-Lake, Ont., as part of an overall effort to “align supply and demand.”

Under the guidance of former CEO Bruce Linton, Canopy had purchased the Niagara property for $9 million in September 2017. Six months later, the company spent $400 million to purchase the B.C. greenhouses in Delta and Aldergrove, hiring hundreds of workers — mostly new immigrants and temporary foreign workers.

The pot company had hoped for the “BC Tweed” facilities, as they were known, to generate the bulk of supply to its processing headquarters in Smiths Falls, Ont. But when the Financial Post visited Canopy’s Aldergrove facility a year ago, it appeared under-utilized. Sources told the Post at the time that the greenhouse was struggling to scale up and battling various growing issues.

A year later, Canopy appears to have the opposite problem — it sits on more than $600 million in inventory, and even acknowledged an oversupply problem in its most recent earnings call.

The Aldergrove facility was also the subject of numerous complaints from residents in the area made to the B.C. Farm Industry Review Board about the strong cannabis smell it emitted, and constant bright lights.

“Following an organization strategic review of production capacity and forecasted demand, the company announced today that these facilities in Aldergrove and Delta are no longer essential to its cultivation footprint,” read a statement released Wednesday evening.

“It was absolutely necessary that Canopy Growth right-size its growing operations to better fit the size of the cannabis market in Canada,” said Chris Damas, an independent cannabis industry analyst and author of The BCMI Report.

“The company sold only 44 per cent of its harvested cannabis in the past quarter…. Production was bound to jump this spring and summer, yet we estimate only 500 tonnes will be required in 2020. Canopy was on track to grow more than this amount with the current facility slate,” he added.

Canopy added that it intends to rely more on outdoor production for “cost-effective cultivation” of cannabis extracts in particular, following the legalization of vape pens, edibles and topicals last October.

The company also announced it would take a $700 million to $800 million pre-tax charge for the quarter ending March 31, 2020 due to the layoffs and greenhouse closures as well as “additional changes related to its organizational and strategic review.”

“We believe the production from Canopy’s other facilities, including two sizeable greenhouses in southern Ontario and Quebec, as well as biomass purchases from other LPs should provide sufficient supply for the company,” wrote BMO cannabis analyst Tamy Chen in a note to clients.

Canopy is the latest in a string of cannabis companies to retrench by cutting staff and taking major writedowns related to their operations, as the cannabis industry’s growth sputters to a halt due to a combination of investor over-exuberance, weak product quality, high prices and stringent government regulation. Last month, Tilray Inc. and Aurora Cannabis Inc. each laid off 10 per cent of their respective workforces.

Aurora, too, temporarily shut down a flagship greenhouse in Medicine Hat and sold off another massive facility in Exeter, Ont. at a loss late last year.