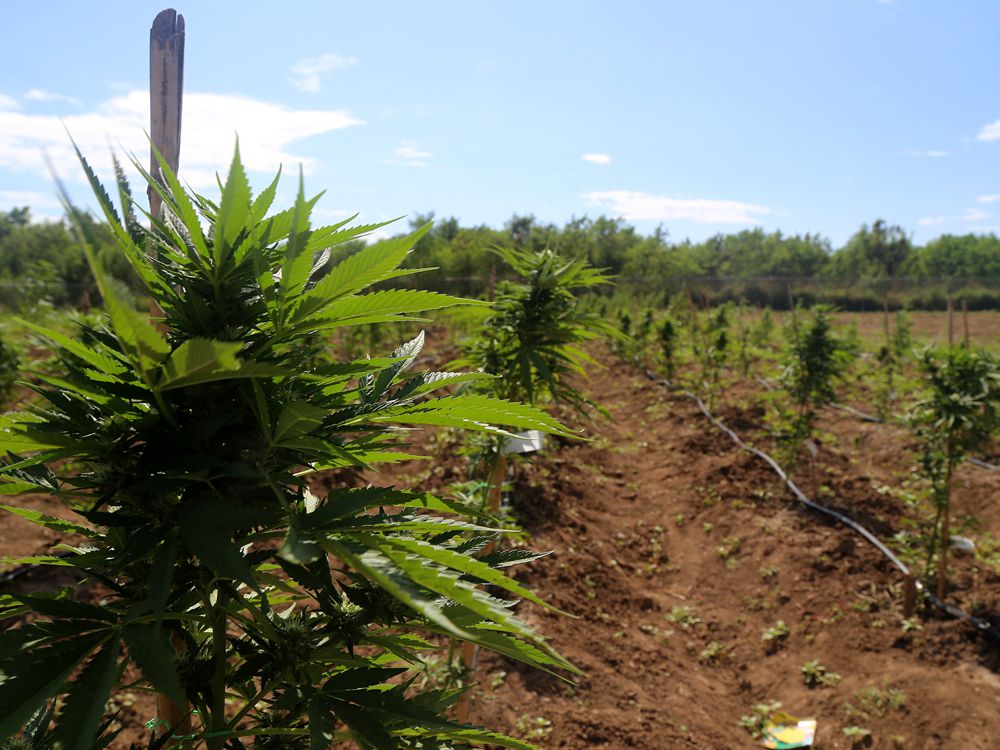 Two years ago, Canadian cannabis companies were racing to scoop up international assets, from swaths of fertile land in southern Africa to cultivation licences in Jamaica and everything in between.

Now, with fears of a cash crunch looming over the industry, some of the same producers who spent tens of millions to build an international presence have started dialling back, putting projects on hold or divesting of their foreign operations altogether.

And it’s a trend that some pot analysts expect will only intensify over the next 12 months.

“Licensed producers are now in a capital constrained environment and investors want to see profitability,” said Graeme Kriendler, an analyst with Toronto-based investment firm Eight Capital. “This is forcing management teams to take stock of what they have, divest out of non-core assets and focus on what’s in their own backyard.”

In October, Canopy Growth Corp. dumped its 15 per cent equity stake in Australian cannabis company AusCann Group Holdings citing a need to “sharpen” the company’s focus on “wholly owned operations in the market.” That same month Aphria Inc. unloaded a substantial portion of its stake in a different Australian cannabis company, Althea, without issuing a press release or providing a reason at the time.

More recently, Aurora Cannabis Inc. announced it would be suspending construction of Aurora Nordic — a mammoth, high-tech, fully automated facility in Denmark, which the company had intended as a supply source for cannabis throughout Europe — to conserve cash.

“There were a few years, led on by the bankers, where LPs were buying anything, anywhere, at any price,” said Paul Rosen, executive chairman of Global Go, a cannabis consultancy based in Los Angeles. “The more jurisdictions in which you had licences, the more likely you were to become a global cannabis behemoth.”

But with the market’s new focus on positive earnings, he added, “we are beginning to see how unrealistic it is for companies to hold on to these overpriced international investments.”

Indeed, Kriendler believes that if some of these non-cash-generating international assets are not divested, it could lead to further writedowns.

“Earlier in the game, there was so much excitement for international markets. Australia (where medical cannabis became legal under certain conditions in 2017) had a significant amount of growth in their patient base. But when you look at it today, the licensing process for operators has been slow and patient adoption is now limited,” explained Kriendler.

According to Kriendler’s calculations, the five largest licensed producers are carrying a whopping $6.3 billion in goodwill on their balance sheets. Aurora leads the pack, with over 50 per cent in goodwill as a percentage of total assets.

“Throughout earnings season, we started to see that these foreign holdings became a negative drag on earnings. Many of these assets were purchased at prices that cannot be defended anymore and companies booked major goodwill,” said Rosen.

One of the lesser-known investments that some Canadian LPs made abroad was a rush to buy up swaths of land in Swaziland and Lesotho.

The Supreme Cannabis Co. led that charge in early 2018, investing $10 million in a company called Medigrow Lesotho, which had obtained the country’s first licence to legally cultivate cannabis.

Almost two years later, the company says it is still “helping develop” Medigrow, which it intends to use as a supply hub for cannabis to the EU, Australia and even Canada. To date, however, Medigrow has not begun exporting any cannabis from its facility, Supreme confirmed to the Post. “Unfortunately it’s a slow process but we’re working on it. As far as I know, no one else has gotten it out of Lesotho yet either,” said Supreme’s head of investor relations, Scott Davidson.

Rosen says there was a time when the market was heavily rewarding “perverse investments.”

“Look, there is nothing inherently flawed about owning an asset in Lesotho, if, and only if, you can afford to finance it and run it, and have the management expertise to develop these assets. But right now … you’re not even able to turn your Canadian assets into positive earnings,” he added, referring to the industry in general.

He does believe, however, that there are certain international investments that will pay off.

“Tilray (which has a massive high tech greenhouse in Portugal) will hold on to that asset, because that’s a key part of their overall strategy. Cronos’ R&D investments in Israel are meaningful because it is an intellectual capital base for the development of novel medications,” he said.

“Not every foreign adventure is a misadventure.”