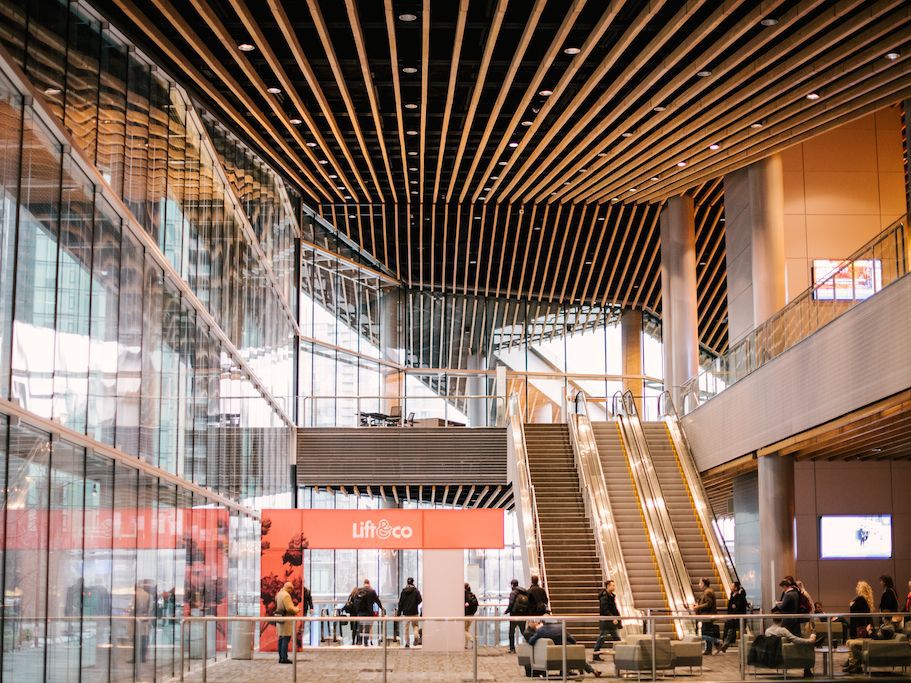 Cannabis events and data insights company Lift & Co. has laid off nearly all of its staff and is seeking an “asset-light” strategy amid what it described as pressure from the COVID-19 pandemic. But sources said it began winding down operations before the pandemic, after funding fell through late last year. Lift’s struggles are in part a reflection of the cannabis sector as a whole, which, now in its second year of legalization in Canada, has failed to meet investors’ expectations.

The Logic spoke with four people with direct knowledge of the company, who asked not to be named out of concern for their job prospects in the tight-knit cannabis industry. They said Lift has since laid off nearly all of its staff; the few who have stayed to help it through its transition, including CEO Matei Olaru, are forgoing wages in exchange for stock options. The company’s founder, Tyler Sookochoff, has sold more than 5.7 million shares in the company since August 2019. At the time of publication, the company’s stock was trading at $0.015.

“It’s no surprise they had some financial struggles and were challenged to figure out a path to monetization,” said one source who worked on the company’s marketing strategy. “With COVID-19, that was the straw that broke the camel’s back.”

Olaru did not respond to The Logic’s multiple requests for an interview.

While sources said Lift has been winding down, the company — which went public on the TSX Venture Exchange in September 2018 — has been vague about its state of affairs. On March 17, it announced it was laying off staff because of the virus, but planned to rehire them once the pandemic subsided. A staff member laid off at the time said the company shut its office and let its entire workforce go. The company’s financial stability, however, became dire late last year and it began plans to cease operations before the pandemic, sources said.

In late December 2019, Lift laid off 13 employees (it had about 53 employees that month, LinkedIn data shows) in a bid to operate on a leaner budget after funding fell through, according to a source familiar with the prospective deal. “About a month and a bit later, they essentially ceased operations,” said a source. “There was a town hall meeting for all hands where [Olaru] essentially said that was the end.”

Publicly, the company has cited COVID-19 as the reason for its recent challenges. In late April, Lift said in a statement it was pursuing an “asset-light” strategy “in response to the depressed economic conditions in Canada and the U.S. due to (the) COVID-19 pandemic.” The company has said it planned to rehire workers “if and when” the pandemic ended.

Lift’s strategy now includes offloading parts of its events portfolio, cannabis-retail training program and data insights division. The transactions could include partnerships with other parties, with Lift maintaining some involvement. “They’re now trying to salvage their investments and if they can get nickels on the dollar, power to them,” said the former marketing employee.

The company handed off parts of its events business in early April through a partnership with Virginia-based events company MCI USA. Under the arrangement, MCI will charge Lift a management fee to operate Lift’s events portfolio, “which Lift & Co. believes will be more than offset with reduced overheads, cost savings and revenue growth compared to historical events,” it stated in a press release. When asked by The Logic, neither company responded to the question of how much either party paid to secure the partnership.

A Lift executive told contractors early in the pandemic the company was out of money. “Regretfully, there are no funds to pay out any vendors at this time,” said CFO Kasia Malz in emails to at least two freelancers in late March, which The Logic has viewed; one of the contractors said they were owed roughly $25,000 dating back to December 2019. (LinkedIn shows Malz, who declined to comment, started a job with a different company in June.) “However, we continue to explore financing opportunities and hopefully this pandemic will end soon, things will go back to normal and we’ll start to collect receivables again,” Malz wrote. Contractors who spoke to The Logic said they were paid shortly after Lift announced its deal with MCI.

Lift & Co. has long struggled to find a lucrative revenue model in Canada’s fledgling cannabis space. It made its name in the sector first as a source of information on medical cannabis and then as host of Canada’s marquee cannabis trade event, the Lift & Co. Cannabis Expo. The company has tried to diversify its revenue by monetizing data from cannabis reviews it solicits in exchange for loyalty points and participation in contests. But the division has been a cash sink, losing more than $1.75 million on $748,281 in revenue for the last nine months of 2019.

Its most recent financial statement, for the third quarter ended Dec. 31, 2019, reflects accounts that the firm’s financial health was deteriorating pre-pandemic. The company reported net losses of nearly $1.6 million for the quarter, compared to $71,677 for the same period a year before.

Lift’s struggles are in part a reflection of the cannabis sector as a whole, which, now in its second year of legalization in Canada, has failed to meet investors’ expectations. “Leading up to (the pandemic), the cannabis industry was facing quite a lot of headwinds,” said Rishi Malkani, lead partner of Deloitte Canada’s cannabis division. “You had seen difficulty accessing capital, there were supply challenges … there was difficulty distributing (supply). You had a lot of management turning over and founders shown the door.”

Companies in the sector laid off some 600 employees in the last few months of 2019, according to a job tracker of the industry by Business Insider; that number has soared during COVID-19, with over 3,100 layoffs as of June 3. “The legal cannabis industry is new. They’re still figuring out how to operate,” said Malkani. “And then (COVID-19) comes around and throws a whole other wrench into the industry.”

While the cannabis industry has been able to operate largely unencumbered throughout the pandemic—cannabis sales in Canada have actually increased since February—Malkani said the lack of available capital is what’s creating pressure on already precarious companies.

“Even before (COVID-19), we saw a bunch of Canadian [licensed cannabis producers] file for bankruptcy. The general consensus is we’re going to see more of that,” he said. “I suspect, there’s going to be some good-value, opportunistic assets out there, and folks will grow, not from accessing the capital markets and paying high prices for acquisitions, but instead they’ll pay smaller amounts of cash for opportunistic buys.”

Lift still plans to host its cannabis expo in Toronto this November. Past events have attracted hundreds of exhibitors and up to 10,000 attendees from Canada and abroad. The firm said on social media it will refund tickets if the event is cancelled due to COVID-19.