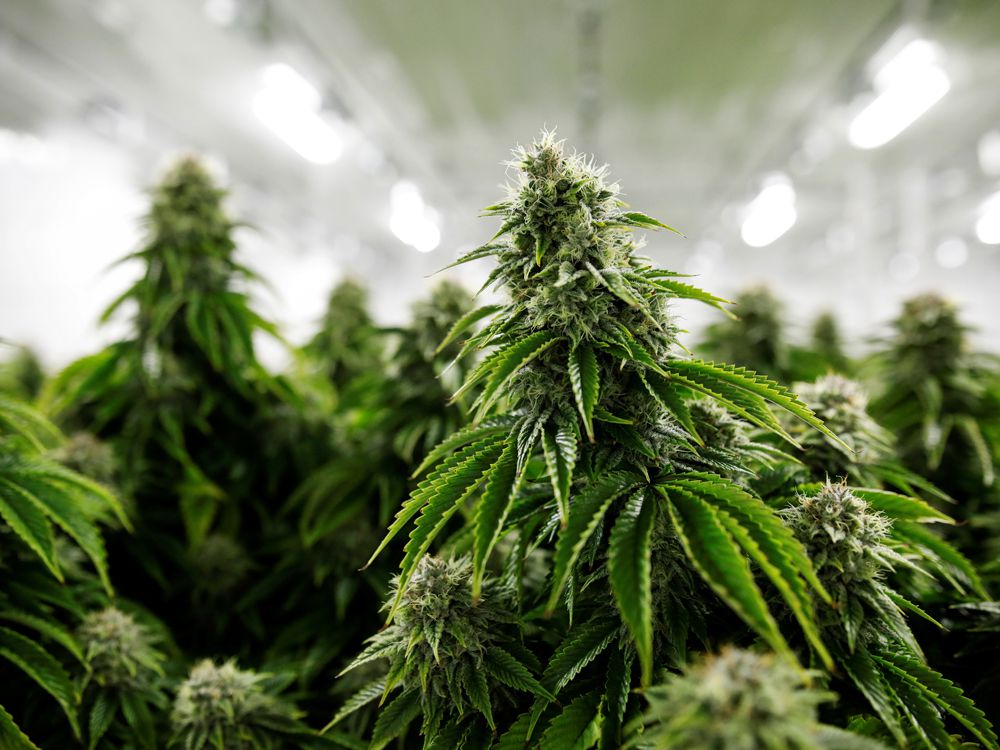 Declining cannabis prices could potentially leave some cannabis companies vulnerable to writedowns due to an accounting quirk that gives licensed producers significant latitude in valuing their assets before they are sold, say auditing experts.

“If you’re still sitting on inventory when the price of cannabis goes down, and you can’t sell your inventory for that price, you’re going to see writedowns,” said Trisha LeBlanc, a partner at Grant Thornton LLP who leads the accounting firm’s cannabis group.

Cannabis companies are required to place a “fair value” on plants, or “biological assets” at various stages of growth that is often derived from what they think the future selling price of a gram of cannabis might be. When a plant is ready for harvest, that fair value price is used as a cost base for calculating the amount of inventory the company holds.

For instance if the fair value of a single plant was estimated at $5 at the point of time of harvest, that plant will be booked as inventory at a price of $5, even though it might not sell for that price.

Valuing biological assets in the cannabis industry has long been a source of confusion and controversy among industry observers and investors because of how new the cannabis sector is, and subsequently how hard it is to predict future prices. Pot producers rely on a variety of factors  — projected plant yields based on different strains, harvesting and selling costs, as well as the price of a gram of cannabis on the recreational or medical markets — to value biological assets.

“Where we are struggling as a sector is the accounting rules were written for traditional commodity markets. If I am a wheat company, I can go to the wheat futures market to figure out what the value of wheat is. For cannabis, you really have to use estimates,” said Maruf Raza, the national director of public companies at accounting firm MNP LLP.

In essence, cannabis companies are allowed to book income on their balance sheets based on an estimated price of what they could sell their assets for, before they even sell it. But for the first time since legalization, cannabis prices have started declining — the average cost of a gram of cannabis fell 6.4 per cent in the third quarter of 2019, according to Statistics Canada.

“What is happening right now is prices are decreasing. So if your main inputs into your biological asset model were higher than the average selling price right now, to an outsider you could be seen as over-inflating your prices in order to book higher income, but with most of the companies we deal with, this was not the intention. The companies attempted to make their best estimate of fair value, but may have been unable to anticipate the price decline in the market,” Raza said.

Last October however, Canadian securities regulators found that 100 per cent of 21 licensed cannabis producers — among a group of 70 industry operators reviewed — “needed to improve their fair value and fair value related disclosures.”

“Licensed cannabis producers often did not provide sufficient information in their financial statements and management’s discussion and analysis (MD&A) for an investor to understand their financial performance,” the Canadian Securities Administrators said in the report.

Some major licensed producers, such as Canopy Growth Corp. and Aurora Cannabis Inc. — both of which are set to report this week — are sitting on tens of thousands of kilograms of unsold inventory, meaning changes to pricing models could have a substantial effect on their bottom lines.

But analyzing the balance sheets of cannabis companies when it comes to their calculation of biological assets and how they are booked, is a complicated exercise, given how quickly the plants grow (8-12 week cycles), rotating strains, and how mould or mildew could ruin an entire crop altogether.

LeBlanc’s analysis of Canopy Growth’s last quarter, for instance, showed the company took a $15 million writedown on inventory due to over-estimating biological assets, that it booked under “net realizable value adjustments,” tucked away in an explanatory note on inventory.

Although Raza agrees that given price declines, investors analyzing the balance sheets of producers should indeed look out for inventory writedowns and changes in the fair value of biological assets that might not be necessarily disclosed as a line item, he dismisses the notion that anything sinister could be taking place among licensed producers.

“Could there be impairments down the road for some companies? Possibly, probably. Some companies may have used pricing not reflective of the future,” said Raza, who also sits on a CPA committee analyzing how cannabis companies can improve their reporting standards.

“But I can tell you the chief financial officers of these LPs want to comply because they know if you inflate your biologicals, you will get absolutely slaughtered three months later when prices go down.”