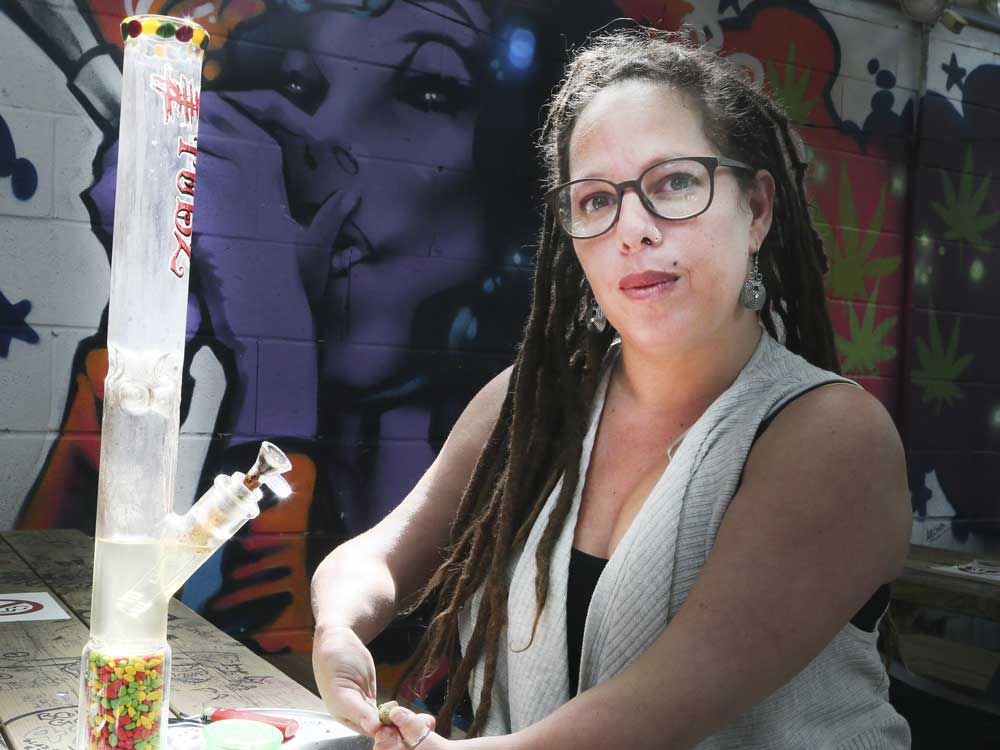 Chris James has spent more than a year waiting for Thursday’s announcement from the Ontario government — that the province was at long last ready to move towards an open allocation licensing system for cannabis retail stores starting January 2020.

Since last November, James says he has lost up to half a million dollars on paying rent, salaries, and start-up costs to run his downtown Toronto coffee shop, Cannabis & Coffee, which he had hoped to turn into a pot shop post-legalization.

If I had known how much this government would flip-flop, how messy it would all be, I probably would have just shut everything down and retired

“I made a choice years ago that I wanted to enter the legal cannabis market. If I had known how much this government would flip-flop, how messy it would all be, I probably would have just shut everything down and retired,” said James, who for years prior to legalization, operated in the grey market.

Small business owners like James began securing long-term leases and shoring up investment dollars to enter the legal cannabis retail market last November, when the Ford government announced it would scrap the previous Liberal government’s model of 200 retail outlets owned and operated by the provincially-run Ontario Cannabis Store, in favour of an open market system that prioritized independent businesses.

But then a nationwide supply shortage struck, and a number of cannabis shops in Quebec, Nova Scotia and Newfoundland & Labrador had to either limit their hours or shut down completely because of a lack of product to sell.

Abi Roach, the owner of HotBox Cafe, the country’s first cannabis lounge and an almost sacred watering hole in Toronto’s Kensington Market, also found herself blindsided by the move to switch to a lottery system.

“We spent probably close to $100,000 on floor plans, trademarks, lawyers, consultants and staff. They announced the switch to the lottery just one week before operator licences were allowed to be submitted. I don’t think they realized how much chaos that caused,” she said, putting her total loss at over $250,000 in just one year.

Sasha Soeterik, who runs Bellwoods Coffee and Gelato in downtown Toronto, said she has spent almost $120,000 over the past year paying into a five-year commercial lease while waiting on the Ontario government to open up the market.

“I feel real joy over the chance to actually put an application in. This is great news,” she said.

“I mean, I don’t think this is a slam dunk victory because there is still a cap of 20 licences per month, but at least now we know we can apply as an operator in January and the AGCO will let us know by March, what our chances are in getting a store authorization. There’s so much more clarity.”

Small business owners were not the only ones bleeding money in the one year wait period between the lottery system and the open market system. Darren Bondar, CEO of Spiritleaf, one of the largest cannabis retailers in Canada with 41 stores across the country, admits that the cost of waiting on over 20 locations he had signed leases on in Ontario was high, but still far less than what a licence was valued at after the first lottery — in the range of $4 million to $6 million, according to a number of estimates.

“I’m just 100 per cent happy to know that we are going to be able to recoup our losses on those leases, now that this announcement has come,” Bondar said.

It might not be as easy for James, although he obviously intends to apply for a licence. “It’s going to be hard, but I’m in so deep now, so I have to keep going,” he said.

“I’m happy about the announcement but I would just say that I wish the government had just let us small business owners get a head start on this. I’m worried that with all these big businesses having had a year to grow, we are now going to just be set up for failure.”