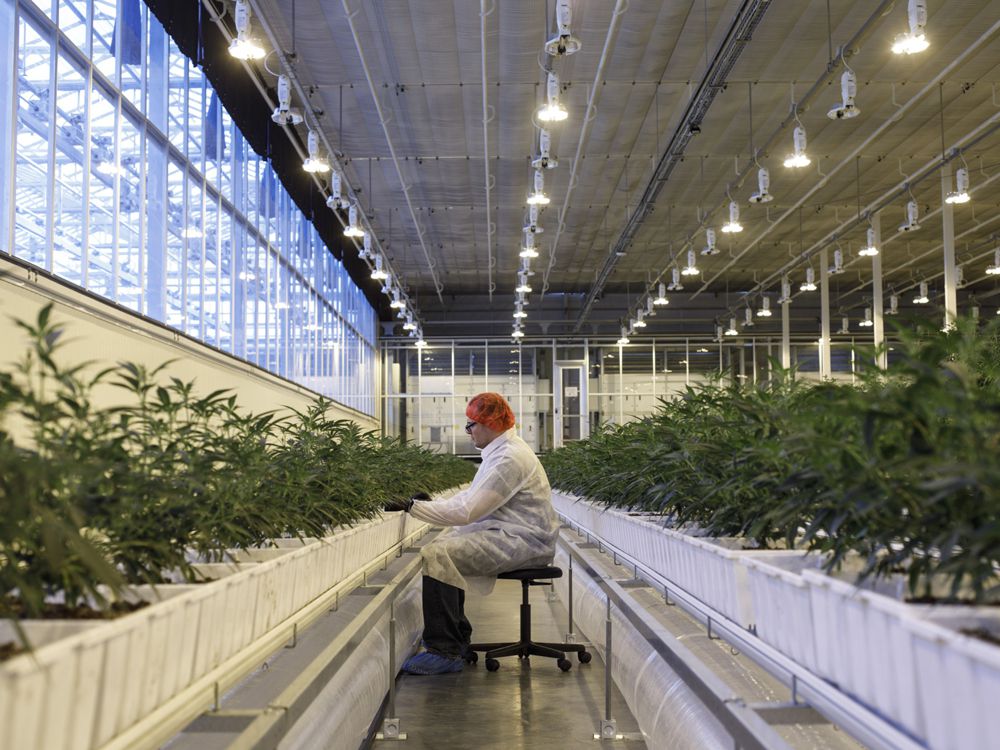 Aurora Cannabis Inc. reported declining cannabis revenues for the quarter ending Dec. 31, 2019, primarily due to returned products and lower per gram pot prices — two trends that have plagued the industry over the past few quarters.

Aurora’s net cannabis revenue in the second fiscal quarter of 2020 was $63.2 million, compared to $70.8 million in the quarter prior. The company incurred a $10.6 million provision for “returns and price adjustments” on last quarter’s sales, bringing consumer cannabis revenues down by approximately 24 per cent, to just $22.9 million.

Aurora saw a 10 per cent reduction in its per gram cannabis price, which was $4.76 this quarter, as compared to $5.28 in the previous quarter.

Gross margins on net cannabis revenue decreased from 67 per cent last quarter, to 55 per cent this quarter, as consumers adjusted their product preferences and cannabis inventory levels remain elevated.

The Edmonton-based licensed producer also saw its international medical revenue plunge from $5 million to just $1.8 million due to a temporary sales interruption in Germany, its biggest international market.

Last week, Aurora announced sweeping changes to its workforce, laying off 500 full-time employees amid the resignation of longtime CEO and company founder Terry Booth. The company has been in a precarious cash situation for months, due to falling revenues and a high cash burn-rate from having to maintain its sprawling cannabis facilities — including one in Denmark that was recently shut down.

The Edmonton-based licensed producer was forced to write down close to $1 billion in assets and goodwill provisions in the last quarter, related predominantly to its South American and Danish operations.

But Aurora Cannabis Inc.’s interim CEO Michael Singer believes the company’s decision to spend hundreds of millions of dollars on international expansion into Europe and South America was “not a mistake” because it “made sense at the time,” given the ease in which capital could be raised in the cannabis industry.

“Look, the decisions we made in the past were the right decisions at the time. Our long term view has not changed, it’s just that the path to get there is very different,” Singer told the Financial Post.

The company still believes in the global cannabis opportunity but has no plans in the near future to reinvest in its international businesses.

“We have made no decisions to sell the Danish facility, but we have parked that asset temporarily,” Singer said.

The company’s revenue derived from sales to other licensed producers plunged roughly 80 per cent, from $10.3 million last quarter to just $2.4 million this quarter, as an increasing number of licensed producers shore up their own supply and cease purchasing from bigger growers such as Aurora amid stagnant consumer demand.

“We are evaluating (our capacity). We won’t allow the current situation to persist if we don’t see more absorption of inventory,” said Aurora’s Chief Financial Officer Glen Ibbott on an earnings call Thursday, in response to a question.

The company’s selling, general and administrative expenses soared by 23 per cent for the quarter ending Dec. 31, to $99.9 million, an increase the company attributed to a “rise in salaries and benefits due to targeted growth in corporate headcount” and “marketing campaigns” related to the launch of cannabis 2.0 products such as vape pens and edibles.

Aurora’s recent layoffs included a 25 per cent cut at the executive level as Singer vowed to slice expenses by roughly 50 per cent to achieve a run-rate of between $40-45 million by June 2020.

“We have also instilled a level of financial discipline in our organization that really did not exist till today,” Singer said. “The culture then is different from the culture today. Every dollar of our capital today has to have a near-term return, or it is not worth the investment.”

“We anticipate adult-use pricing to see continued erosion as industry-wide inventory levels for dried cannabis continue to surge until cannabis 2.0 products are more readily available,” he wrote in a note to clients.

“The company burned $260 million in cash during the quarter and this burn will have to slow significantly in order to navigate the current environment with resources in hand,” Carter said.

After a week-long decline following news of the CEO change and massive layoffs, Aurora’s stock price was largely flat after a five per cent spike in early trading.