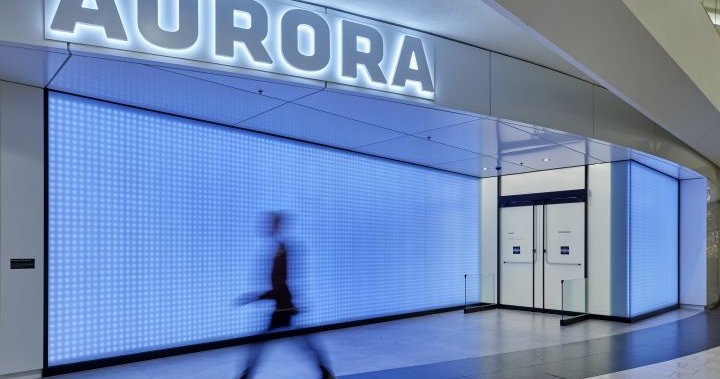 Aurora Cannabis Inc. will double down on premium products after reporting an $11.9 million loss in its most recent quarter.

Miguel Martin, the chief executive of the Edmonton-based cannabis company, said Tuesday that the premium focus is coming because the recreational pot market is “bottoming” and often “irrational.”

“We are not going to chase down the rabbit hole with lower margins, particularly in the discount category,” he said in a call with investors.

“Right now, those that are chasing the discount business, I think they’re in for a little bit of a more rocky road, but the premium business is rational.”

Aurora’s focus on its premium brands come after the pot industry recently celebrated the third anniversary of cannabis legalization in Canada.

Much of those first three years have been spent by pot companies trying to better align product offerings with consumer demand, so they can more quickly reach profitability.

A Nov. 4 report from Deloitte Canada, BDSA and Hifyre found craft flower experienced a 158 per cent jump in sales in the last year, despite pricing that is anywhere from 16 to 41 per cent higher than non-craft offerings.

A 2021 survey from Drop Technologies Inc. also found 86 per cent of millennial and Gen Z respondents are likely or very likely to purchase premium products, if they see sufficient value.

To attract them, Aurora will zero in on its premium brands, including San Rafael and Whistler Cannabis Co.

Those brands helped drive a 29 per cent revenue increase from the fourth quarter for its premium and super premium dried flower products.

On top of premium products, the company will experiment with short-term and seasonal offerings like peppermint-flavoured Canna Cane Mints and a Daily Special vape cartridge called Cranberry Sauce, which are hitting shelves in time for the December holidays.

“So overall, there’s a big focus on innovation,”: Martin said, as he explained the new products.

“We get benefit out of it both in our recreational and medical businesses and we see that as a key component of our premiumization strategy.”

That approach has come as Aurora continues with a widespread restructuring that has resulted in hundreds of layoffs and some facility closures over the last two years.

The company has so far identified cash savings of $60 million to $80 million, but only executed on $33 million in annualized run-rate cost savings to date.

Chief financial officer Glen Ibbott said on the same call as Martin that about 60 per cent of cash savings found during the business transformation program will be realized through the cost of goods as the company moves toward lower production cost strategies.

The remaining 40 per cent will come from selling, general, and administrative expenses starting in the next quarter, he said.

Finding those savings will be key because the company’s $11.9 million net loss in its first quarter comes after a string of lofty losses the company posted.

In the first quarter of the prior fiscal year, it reported a $101.4 million net loss.

The company says its most recent loss amounted to six cents per share for the period ended Sept. 30, a drop from a loss of 85 cents per share in the first quarter of the last year.

Aurora’s net revenue for the quarter amounted to $60.1 million, down from $67.6 million in the same quarter the year prior.

Aurora was expected to report a loss of $49.6 million per diluted share on $60.6 million of revenues, according to financial data firm Refinitiv.