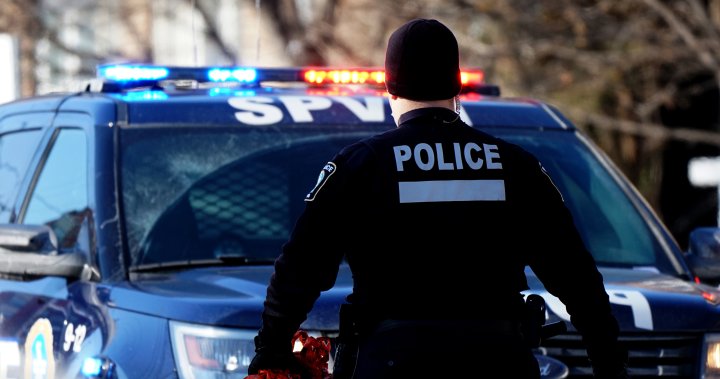 A 20-year-old man is dead and a 17-year-old boy is injured after a shooting in Montreal’s Anjou district Thursday evening.

Montreal police say they were called at 7:15 p.m. to a residential area on Roseraies Boulevard near the Nantaise Avenue intersection where they found the 20-year-old victim in a vehicle.

He was transported to hospital in critical condition and died early Friday morning. His death marks the city’s 32nd homicide on the island of Montreal in 2021.

‘It makes no sense’: Montreal mayor, police chief speak out after teen’s murder

The 17-year-old victim was found nearby on Galeries d’Anjou Boulevard with gunshot wounds to the upper body. He was also taken to hospital and is in stable condition.

Authorities say the 17-year-old victim was already known to police and he is cooperating with the investigation.

No arrests have been made in the shooting.

Quebec to put over $54 million into youth crime prevention

The provincial government announced Friday it will spend $54.6 million over five-years to tackle the city’s rising gun crime issue.

Public Security Minister Geneviève Guilbault said the funds would go toward community groups to help them tackle social inequalities that push young people to crime, particularly in some neighbourhoods.

Premier François Legault and Mayor Valérie Plante have repeatedly called on the federal government to ban handguns and to put stronger limits on assault weapons as the city continues to see a rise in gang-related gun violence on the streets of Montreal, particularly among teens.

“Banning handguns is federal jurisdiction,” Legault said in November after two other teens, Jannaï Dopwell-Bailey and Thomas Trudel, were killed in separate incidents.

“But we still have work to do. Police have to tackle street gangs and the federal government should be making sure fewer firearms are permitted.”

Trudel, 16, was shot in the city’s Saint-Michel district as he was walking home. No arrests have been made. Dopwell-Bailey, also 16, died after being stabbed outside his school in Côte-des-Neiges in October. Two people have been arrested in connection with his death.

Back in February, a third teen — Meriem Boundaoui, 15 — was killed in a drive-by shooting in Saint-Léonard.

A local community organization, Forum jeunesse de Saint-Michel, told Global News that they are seeing signs that there was easier access to guns and an increasing culture of glorifying arms among teens starting before the pandemic.

“What this tells us is the necessity not only to control guns, but also to invest significantly in prevention,” Anglade said on Friday. “The proposal from our party is to invest. Every time we invest a dollar in police, we will invest the same amount in prevention.”

– with files from The Canadian Press