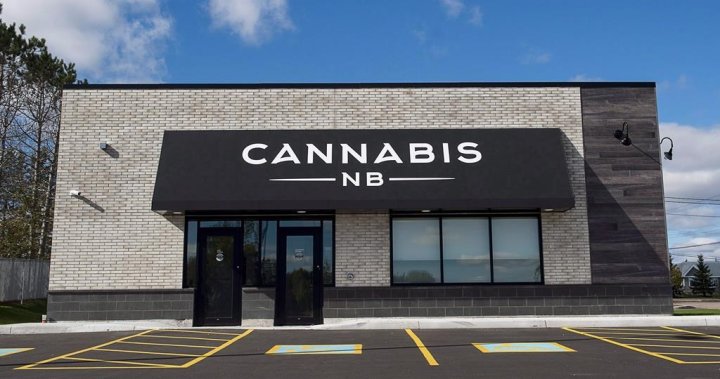 When delivery requests from British Columbia’s Lower Mainland flow into cannabis retailer Dutch Love, a reliable number of them come from customers in the suburbs of Surrey and Richmond.

The company can deliver its goods to those communities, but can’t physically open a store there due to local bylaws that prevent brick-and-mortar cannabis operations from opening within their boundaries.

“We’re effectively losing money on those deliveries…and hope that at some point, those municipalities will opt in and we’ll be able to access them,” said Harrison Stoker, Dutch Love’s chief growth officer.

More than three years after the legalization of cannabis, municipal bans on pot retailers have left many communities across Canada without a brick-and-mortar source, while other areas are overcrowded with cannabis stores.

Caught in the middle are cannabis companies — many of which are not yet profitable — and consumers who must order products for delivery, drive to the nearest region with physical retailers or turn to the illicit market.

“Our Canna Cabana location in Brampton (Ont.) gets daily visitors from Mississauga because of that city’s refusal to opt in,” Omar Khan,senior vice-president of corporate and public affairs with High Tide Inc., said in an email.

The Ontario Cannabis Store, the province’s official pot wholesaler, estimates the illicit market handled 52.9 per cent of pot purchases made between April 1 and June 30.

The Alcohol and Gaming Commission of Ontario, which oversees the licensing of cannabis retailers, said 66 of the province’s 414 communities continue to block cannabis retail, down from 77 at the outset of legalization.

The Liquor, Gaming and Cannabis Authority of Manitoba said six municipalities in that province have prohibitions on retail cannabis locations.

The Canadian Press requested data on municipal bans from every province and territory. Only Ontario and Manitoba sent figures.

Rapid growth of cannabis stores in Ontario will likely result in some closures: OCS

The rest either did not respond, said they didn’t collect such data or said they don’t allow neighbourhoods to opt out of pot retail but permit them to refuse business licenses to cannabis shops.

The reasons for banning pot retail vary by municipality.

Mississauga Mayor Bonnie Crombie has said her municipality opted out because there are “too many unknowns about the retail cannabis model,” while Vaughan, Ont. Mayor Maurizio Bevilacqua claimed “families do not want greater access to cannabis in our community.”

Other communities have attributed bans to fear of crime and worries about becoming a haven for far-flung pot lovers, but cannabis industry observers say shunning cannabis retailers allows those problems to flourish.

“Just because you blocked out retail from your city doesn’t mean that cannabis isn’t being sold there,” said Deepak Anand, chief executive of cannabis company Materia Ventures.

“We don’t see municipalities opting out of coffee shops or bars or nail salons,” the co-founder of the Superette pot store chain said in an email. “Why should cannabis be any different?”

Several of Lam’s stores are in downtown Toronto, where a starkly different situation is playing out.

The city is teeming with cannabis shops, particularly along Queen Street West, and many more are slated for the neighbourhood and surrounding areas.

The proliferation is so intense Toronto city councillors Kristyn Wong-Tam and Paula Fletcher made a November motion for a moratorium on new cannabis store licences lasting a year or until a provincial bill giving municipalities a say in the location and distribution of private cannabis stores passes.

City council amended the motion to remove the moratorium request. The provincial bill is awaiting a second reading.

Many believe the longer the current lopsided situation goes unaddressed, the harder it becomes for retailers to profit and take advantage of lucrative markets.

For example, Stoker said Dutch Love’s research has shown that secondary and tertiary markets like suburban regions are “potentially stronger” than metropolitan cores, but pot stores remain banned from many of those areas.

During the same time period, licensed producers have laid off thousands of workers, shut down several facilities and taken multimillion-dollar writedowns as they try to align supply with demand and reach profitability.

Although Miehm increased his sales outlook for the remainder of 2021 as well as the next two years, he pointed out that valuations of licensed producers have fallen. He predicted in an October note to investors that some stores will close and those that hang on will lose some economic viability.

He crunched consumer-reported data from Statistics Canada and found the increasing number of cannabis stores are responsible for 46 per cent of quarterly sales changes. Only eight per cent of the shifts can be attributed to new customers.

“Opening more stores is very important to getting access and unserved markets, so in provinces that don’t have enough stores, yeah, absolutely open more stores,” he said.

“But once you already have stores, those stores don’t seem to add much to the demand.”

While people gripe about the uneven distribution of retail locations, Armstrong believes it won’t be a problem forever.

Eventually, entrepreneurs will get a more realistic sense of demand, profitability and competition, and big chains will buy out small pot shops, he predicted.

“Some will decide, ‘this isn’t the big gold rush I thought it would be,”’ said Armstrong.

“The market will actually sort itself out, just like it does any other industry.”