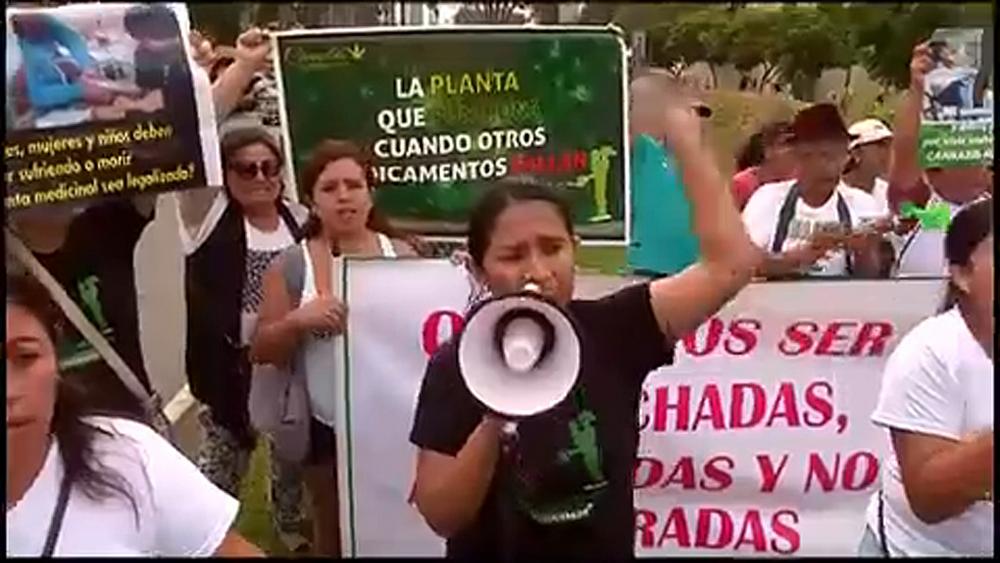 Peru has taken its first steps towards the legalisation of medical marijuana after it approved a bill that would allow the production and importation of the plant for therapeutic purposes.

The Congressional Committee on National Defense signed off on the legislation amid public outcry over a police raid on a makeshift cannabis lab run by mothers hoping to soothe the symptoms of their sick children.

Congressman Alberto de Belaunde saidö “The Commission on Defense has unanimously decided to propose the law that decriminalizes the medicinal use of cannabis”.

The bill will now go to full congress for a debate and final vote on the matter.

Peruvian President Pedro Pablo Kuczynski initially proposed the legislation after the plight of the mothers was revealed.

Founder of ‘Seeking Hope’ – an NGO which campaigns for the legalisation of medical marijuana – Ana Alvarez said: “We feel that all the mothers of the group are very happy because it is a reward for so much struggle that we have been going through day by day.

“It is about improving our children’s quality of life. We thank the authorities who have taken a step toward this.”

The parents were growing cannabis plants in order to make oil for treating their children suffering from epilepsy and other ailments.

Earlier this year, an Ipsos poll showed that 65 percent of Peruvians favour the legalisation of marijuana for medical purposes, while just 13 percent back the plant for recreational use.

If the legislation passes, Peru will follow its Latin American neighbours of Chile, Colombia and Mexico in permitting the therapeutic use of cannabis.

Uruguay, on the other hand, has fully legalised marijuana in all its forms from seed to smoke.