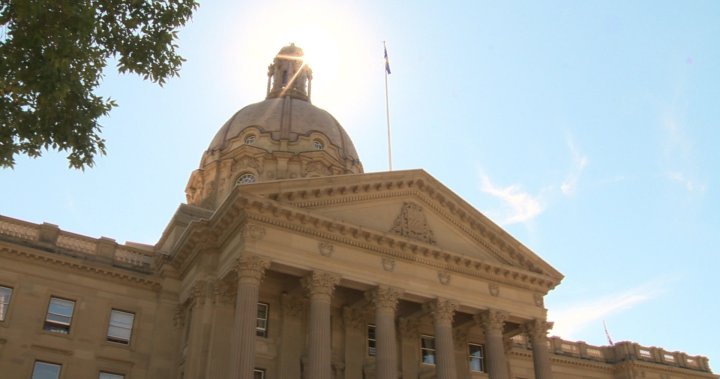 Alberta is moving to get out of the online cannabis business and allow licensed retailers sell it on the internet instead.

Cannabis retailers would be allowed to sell some branded clothing and other accessories as well.

The province says online cannabis accounts for only about $200,000 a year in annual sales.

“We would expect that a more robust online presence in the legal trade would have real potential to displace some of the illicit trade that takes place now,” Toews said.

He said some cannabis retailers have been asking to sell cannabis-related clothing and other accessories to help boost their bottom lines.

The government is working on the details, but Toews said he expects the rules will resemble similar ones governing liquor sellers.

The changes are part of an omnibus bill introduced in the house Thursday by Tanya Fir, associate minister for red tape reduction.

The bill also calls for municipalities to be allowed to establish entertainment districts through bylaws that would create designated public areas where adults could drink alcohol.

The goal is to provide more opportunities to help local businesses and boost tourism.

“It would also open up opportunities for food trucks and kiosks to serve alcohol within the designated boundaries,” Toews said.

Beer, wine and cider made at home or at licensed premises would be allowed to be served at private special events, such as weddings.

Government approval would no longer be needed to use sacramental wine at religious services.

The proposed legislation also aims to streamline handling of complaints filed to the Alberta Human Rights Commission to allow for speedier resolution of disputes.